Three babies.  They started coming out with their mother about week before this camera trap shot.  They are the Poster Boys for Covid 19 prevention as they wear masks and wash their hands. 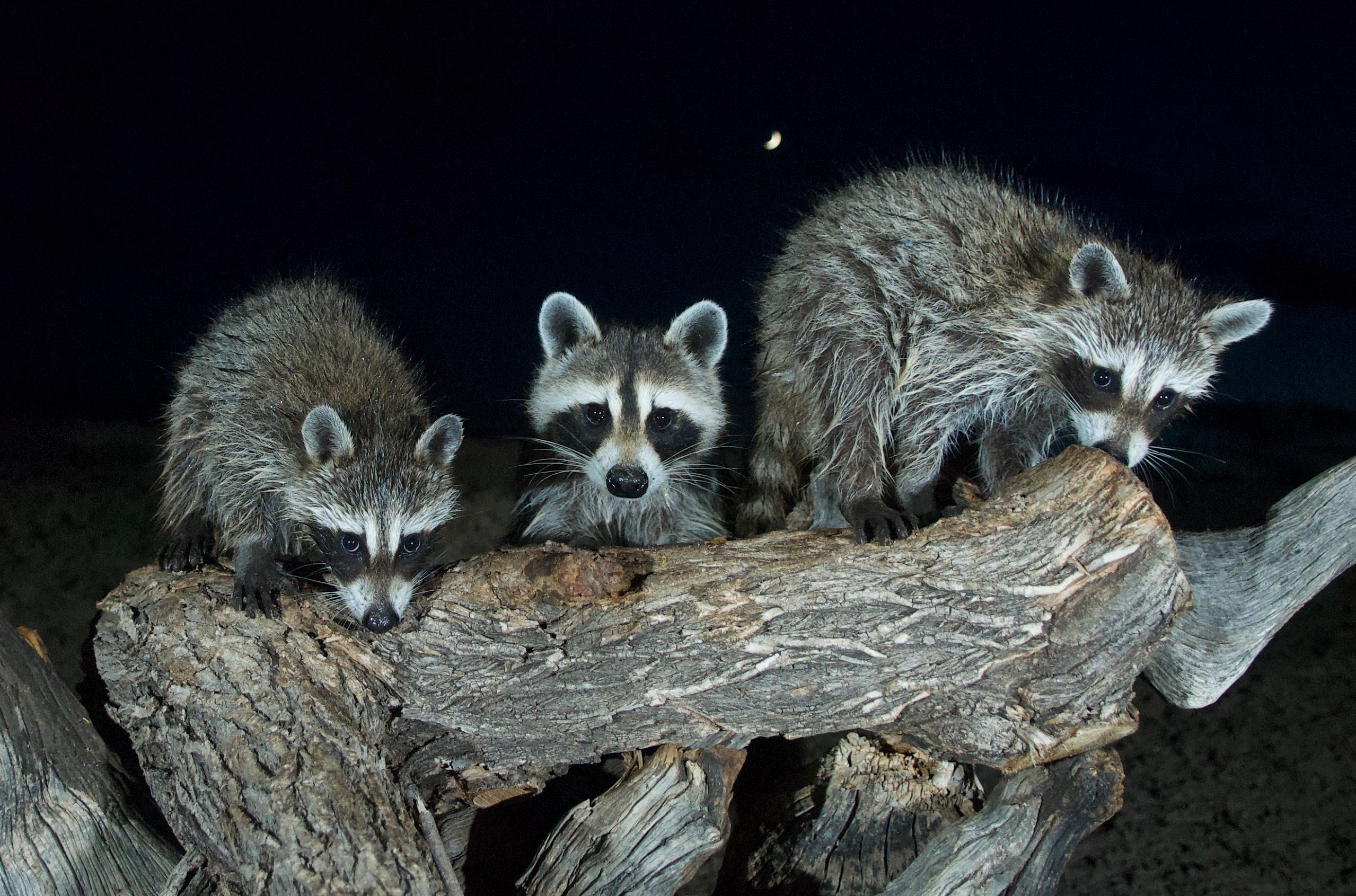 The wonder of a Game (or Trail) Camera is that you do not have to be present to get a nice picture.  The December 20, 2016 photo below taken at 4:42 pm is an example.  (This camera cost about $150.  I liked it so well I purchased two more.  They don’t work as well and often refuse to flash at night, giving black pictures.)  The buck is the one I call Perfect Rack.  He has returned for five years. 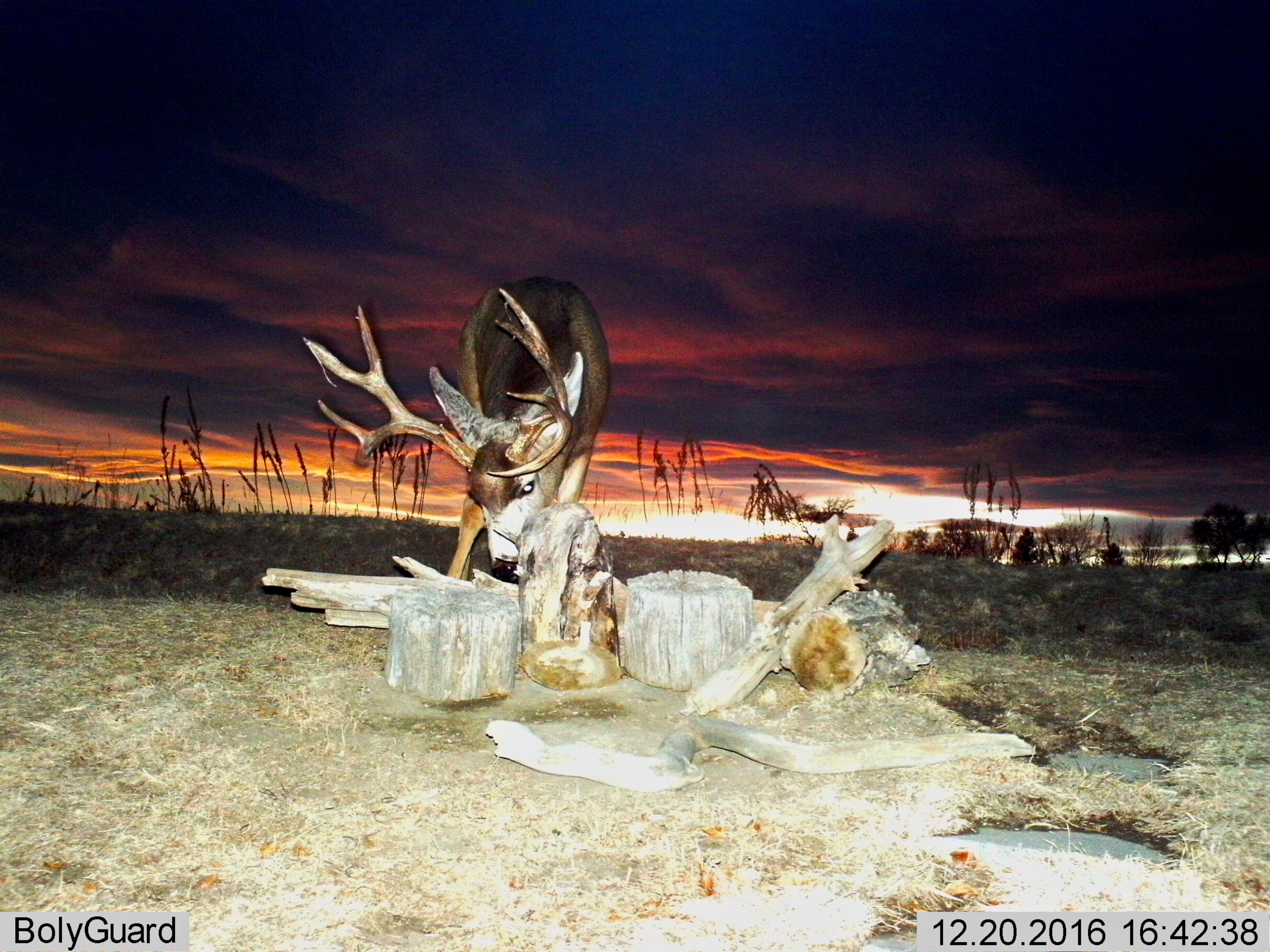 The fellow below I photographed for the first time Dec. 2, 2016.  He disappeared until Jan. 3.  I identify him as a 5X5 with four spikes, two at the base of each antler.  Everything about the antlers is unusual, yet everything is in perfect balance.  Without the Game Camera I would not know of its existence as I have never seen it with my own eyes–as of yet.  (The snowfall produced .27 inches of moisture.) 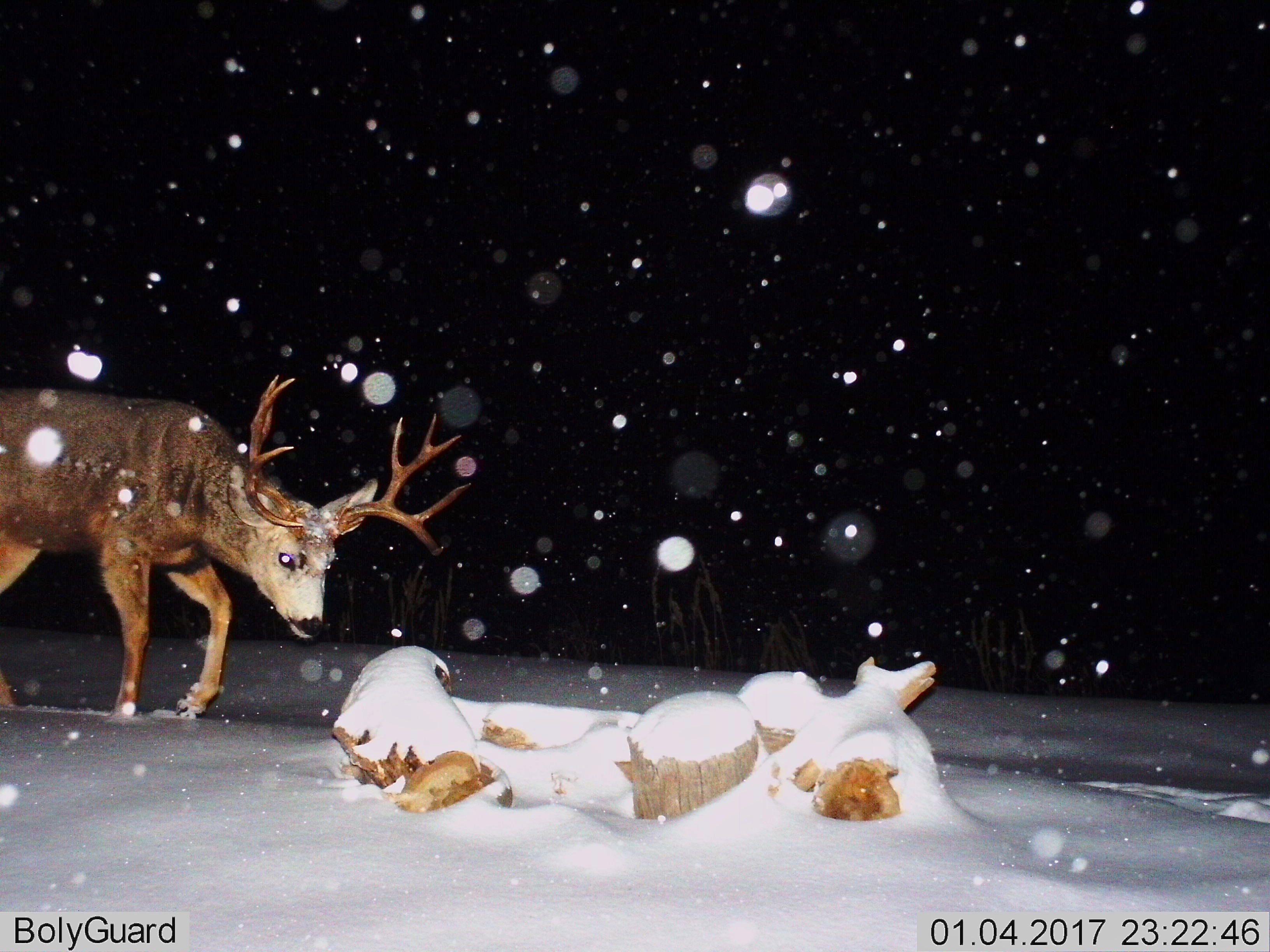 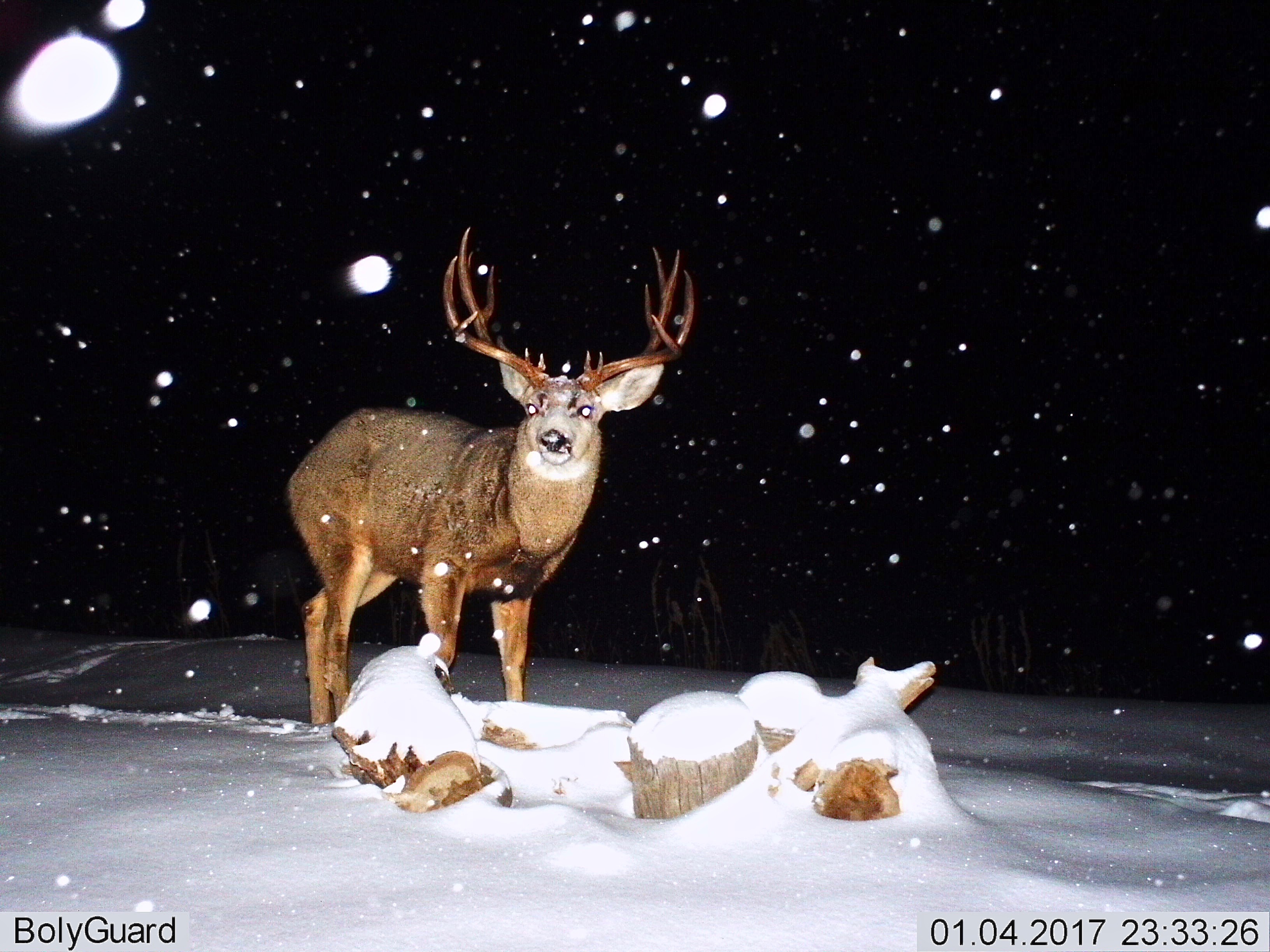 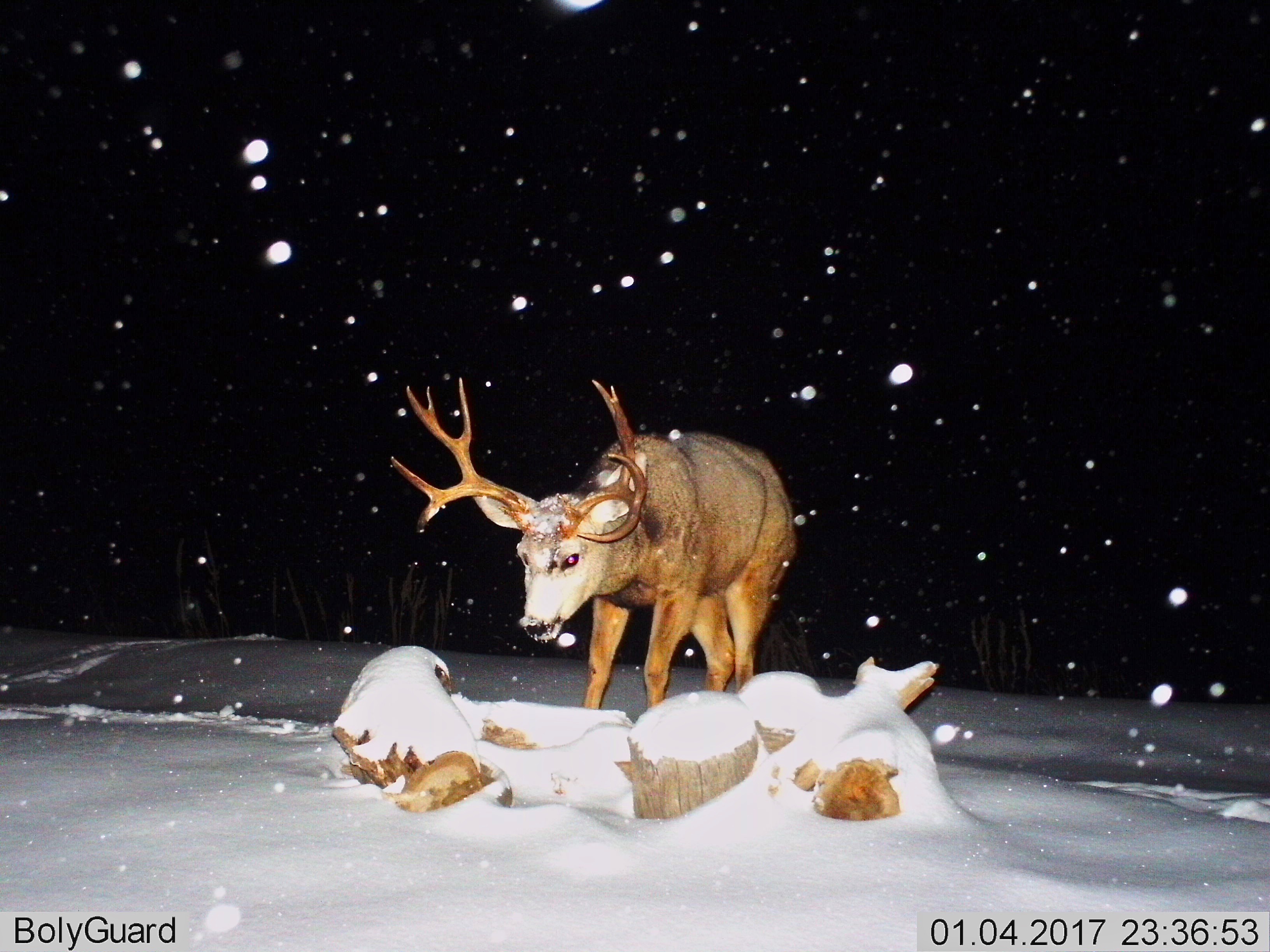 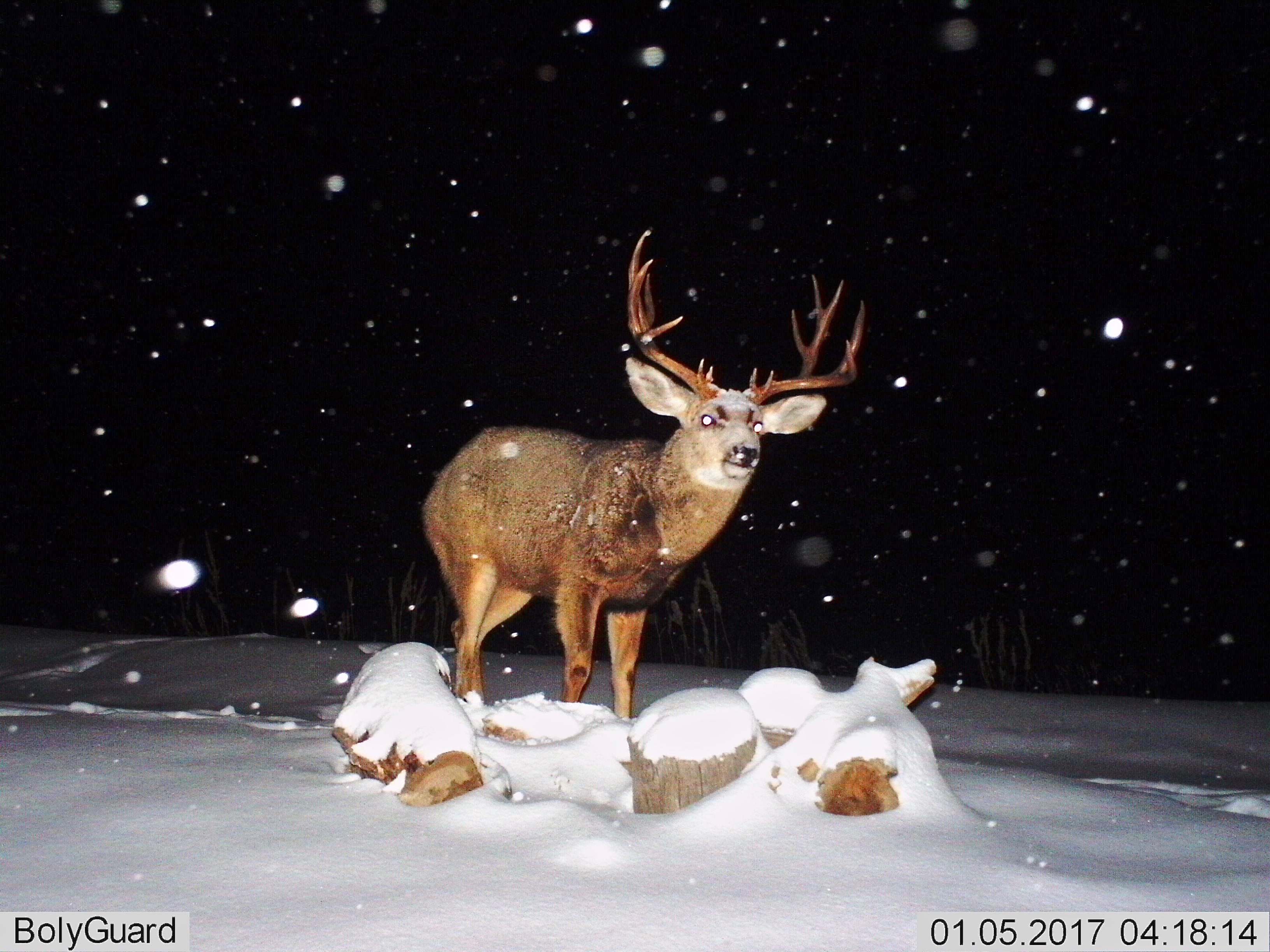 Some of these Trail Cameras, although they are identical and cost the same, just don’t perform as well as the others.  Wish this photo was as crisp as those above. 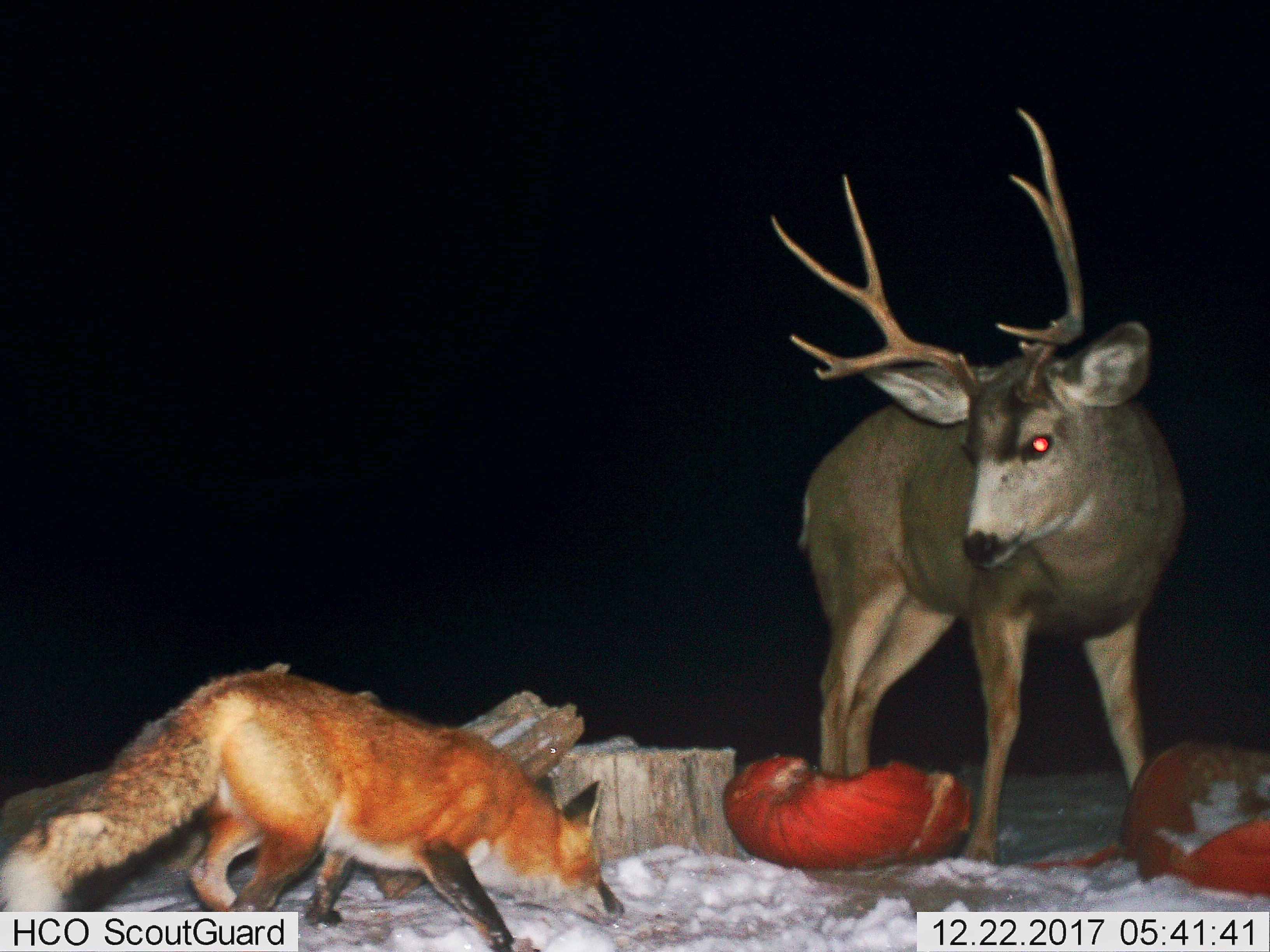