Winter brings many hawks to our prairie and a trip down Highway 14 will reveal a hawk on every 15th to 20th utility pole.  A majority of them is probably the Rough-Legged Hawk which spends its Summers on the Arctic Tundra.  There they don’t see many cars and trucks.  As a result, when they swoop down on roadkill  here they become easy prey for vehicles themselves.  I found the hawk below on the side of Highway 14 between Briggsdale and Buckingham.  It’s either a female or juvenile, which look much the same.  They are one of the few hawks that can be sexed by sight.   Its wings and legs were fine, but its eyes and beak were bloody.  It could see, but probably not well.  My guess is that rather than being hit it was caught in the turbulence of a passing truck and slammed to the pavement. 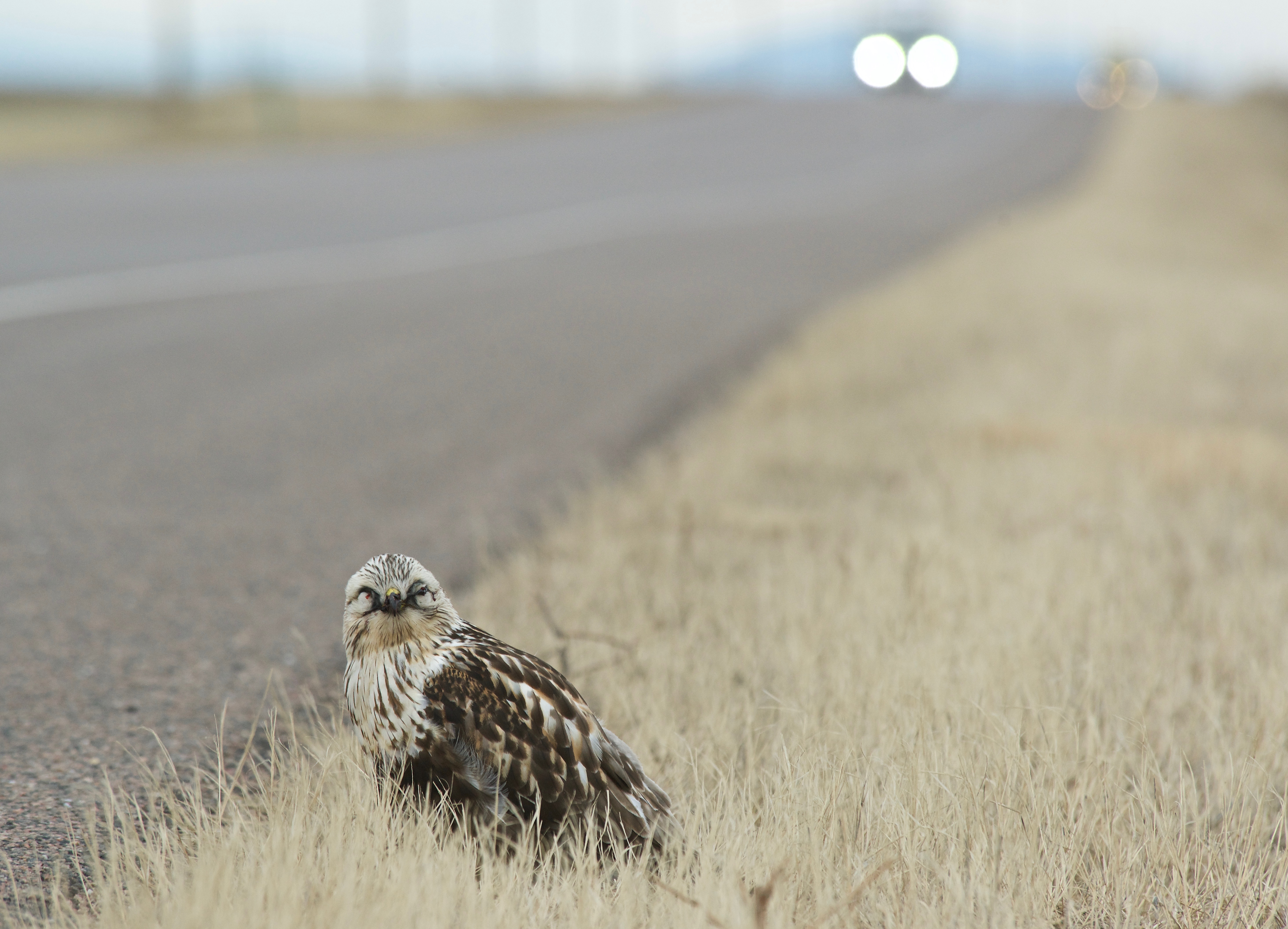 I carried it off into the prairie and set it down.  It righted itself, dizzily. 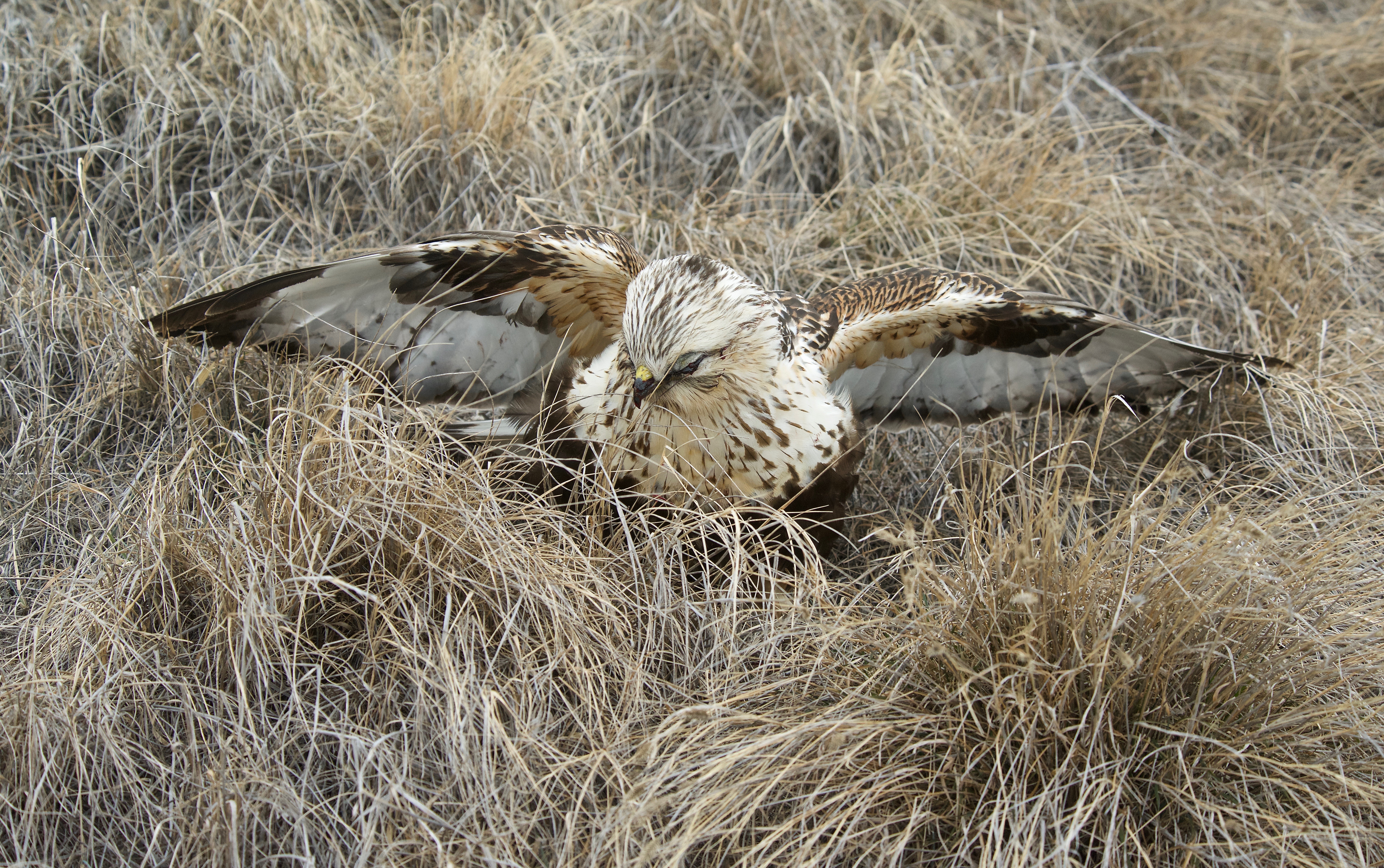 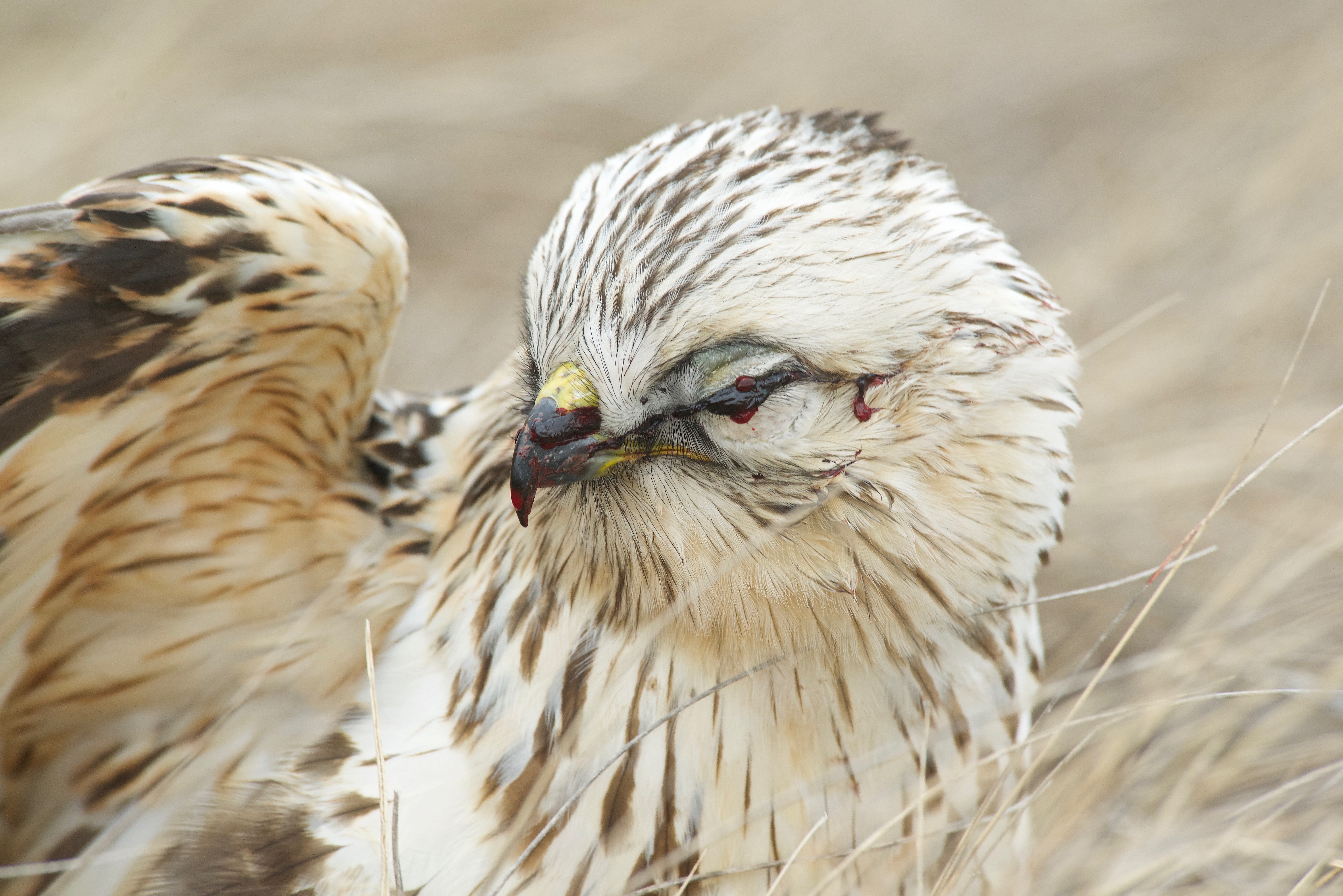 Ten minutes down the road I stopped to investigate what I thought was another hawk.  It was a Big-Horned Owl. 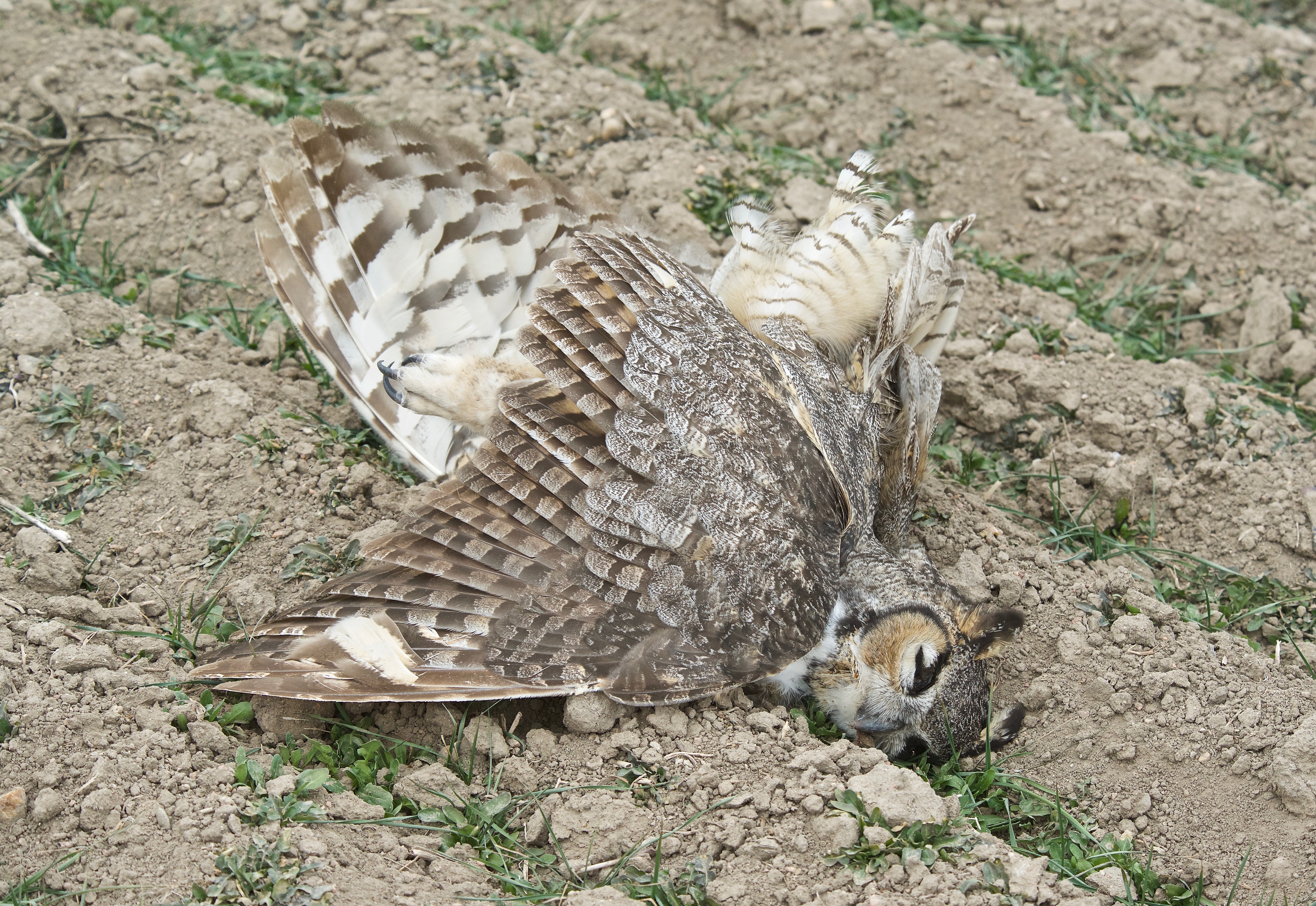 The picture below illustrates why it might be a good deed to stop occasionally and kick roadkill into the ditch.  Cottontails make an excellent meal for a hawk, whether caught or claimed as roadkill.  For some reason that day, I didn’t think to identify the hawk.  It looks be a Northern Harrier, though the September fourth date of the picture seems a little early for their arrival. 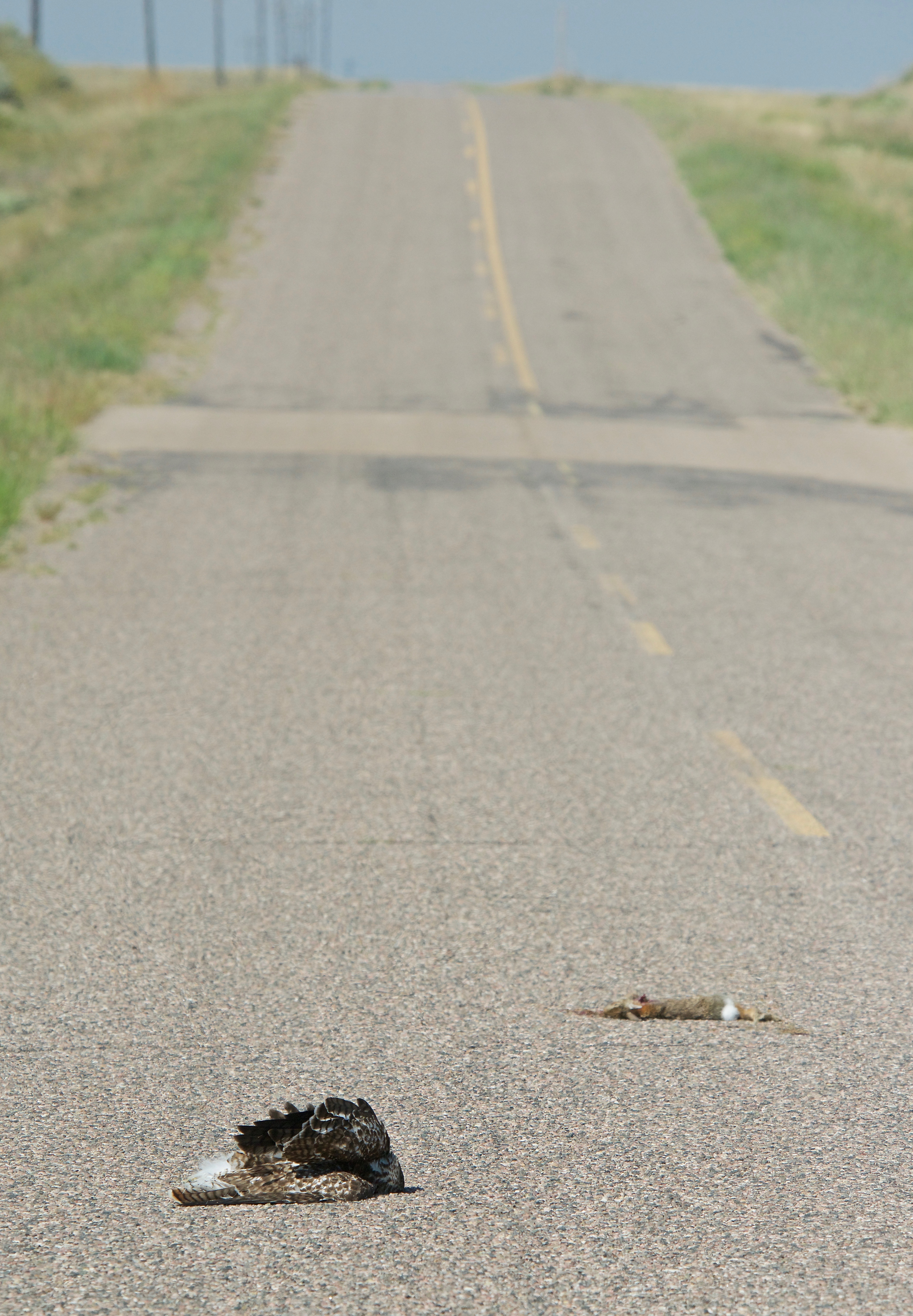