I don’t have a Badger skull for my collection, so when I saw a roadkill Badger near my house I naturally took it home and placed it near the Pawnee Ditch behind my house.  To see how it would fare, I placed a trail camera near it and watched for a week. 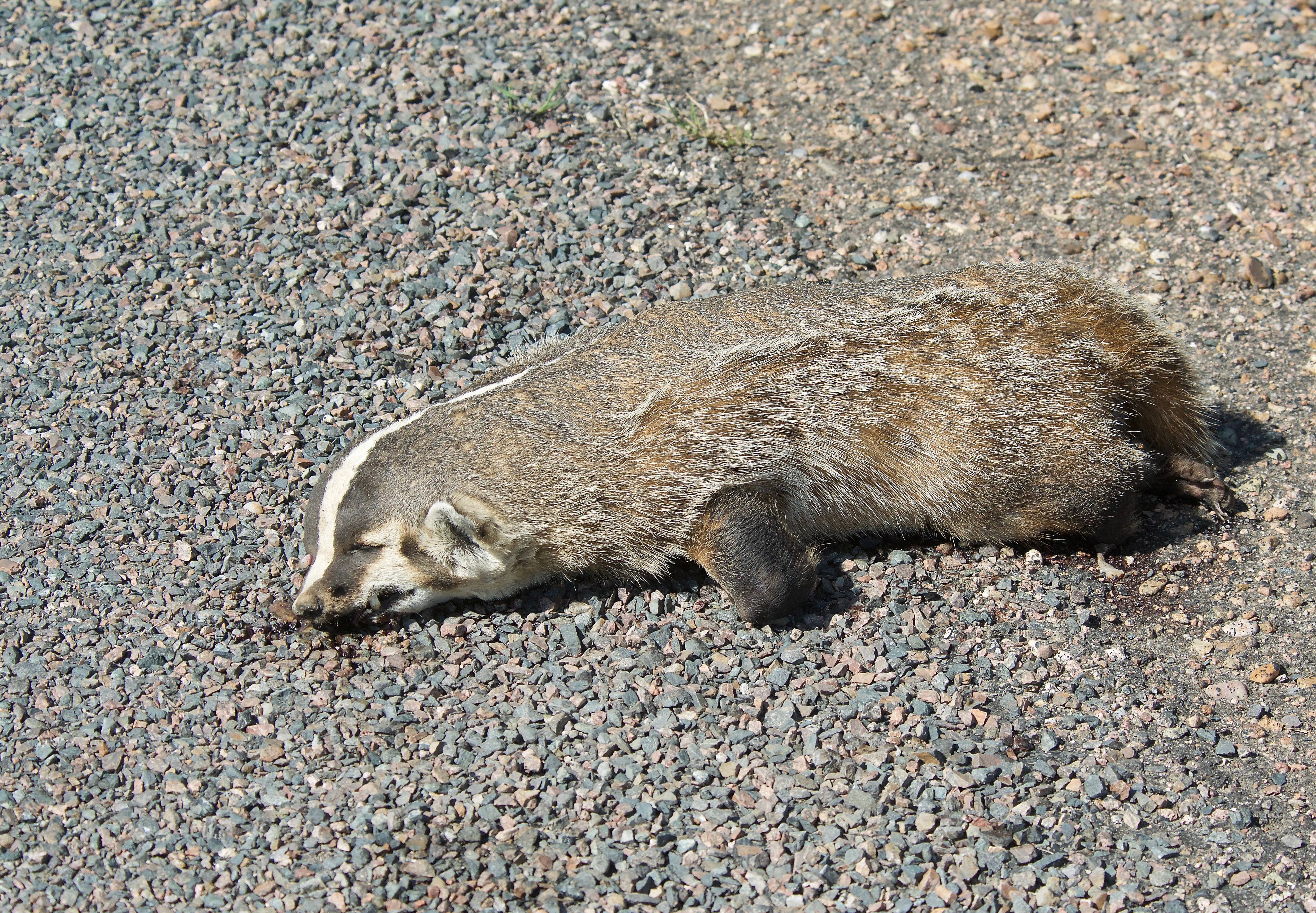 Here it rests.  (Note: Trail Cameras are quite cheap, somewhat good automatic instruments.  Their pictures often aren’t as good as those of cell phones, but they cost a quarter as much.  When a photographer leaves a camera out in the woods in hopes of getting an interesting picture, he doesn’t want to be financially devastated if he returns to find it gone.) 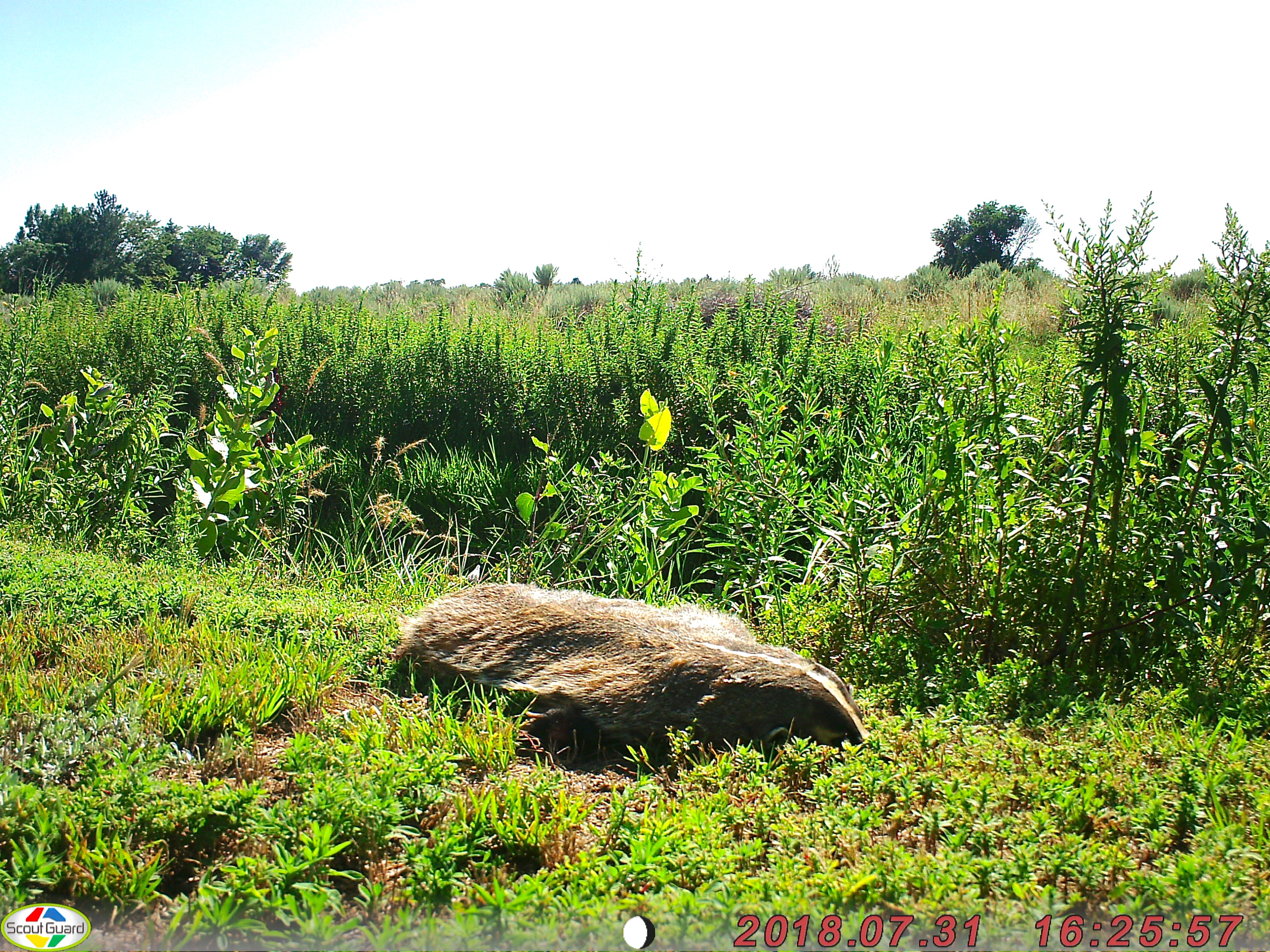 The next morning at 3:22 it received its first of several visitors.  (I have selected just some of the animals.  You wouldn’t be interested in my neighbors’ cats.)  The Badger was still full at this time. 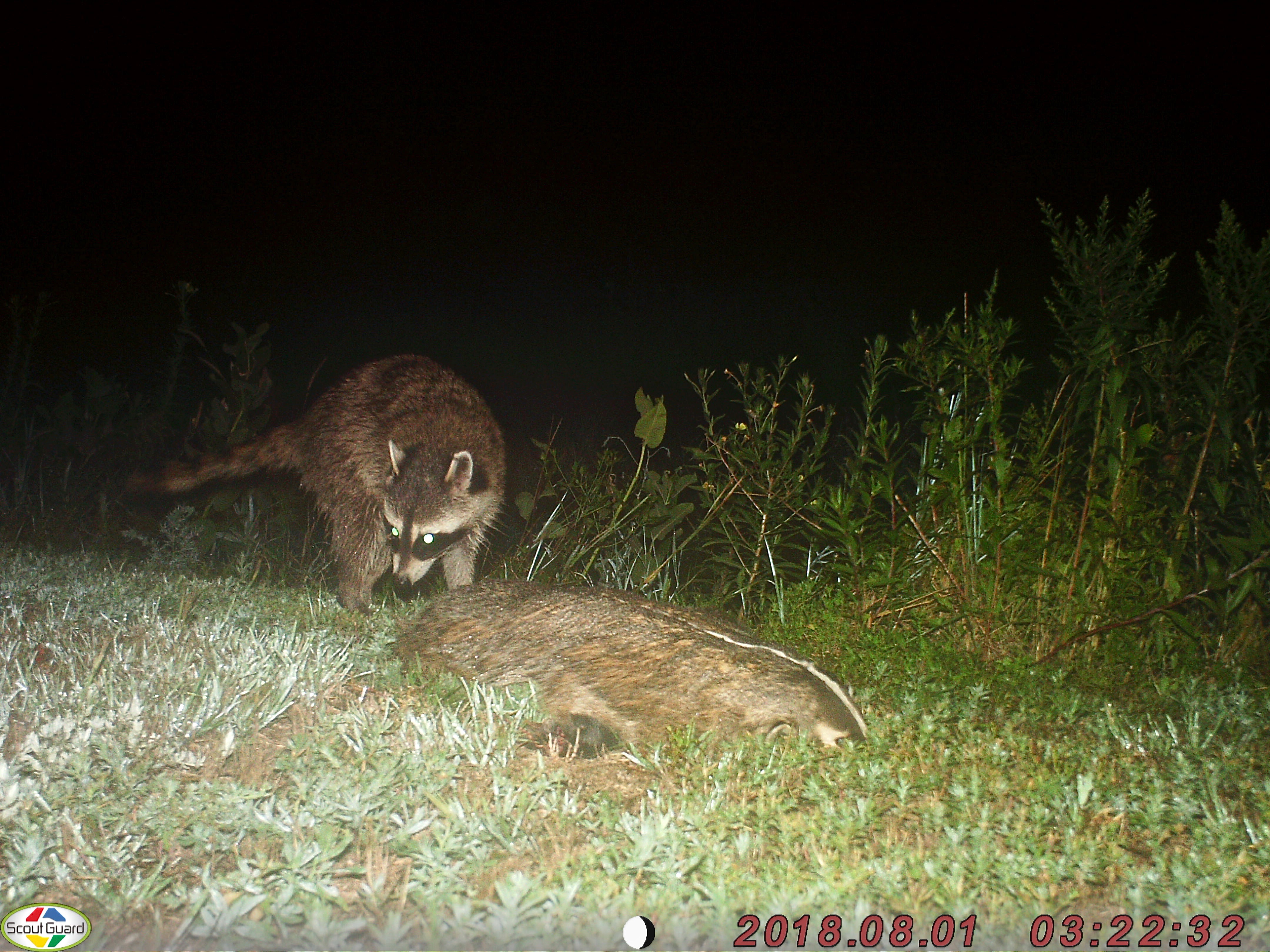 Two days later the decay and consumption of the animal is obvious.  The visiting animals didn’t eat,  just investigated. 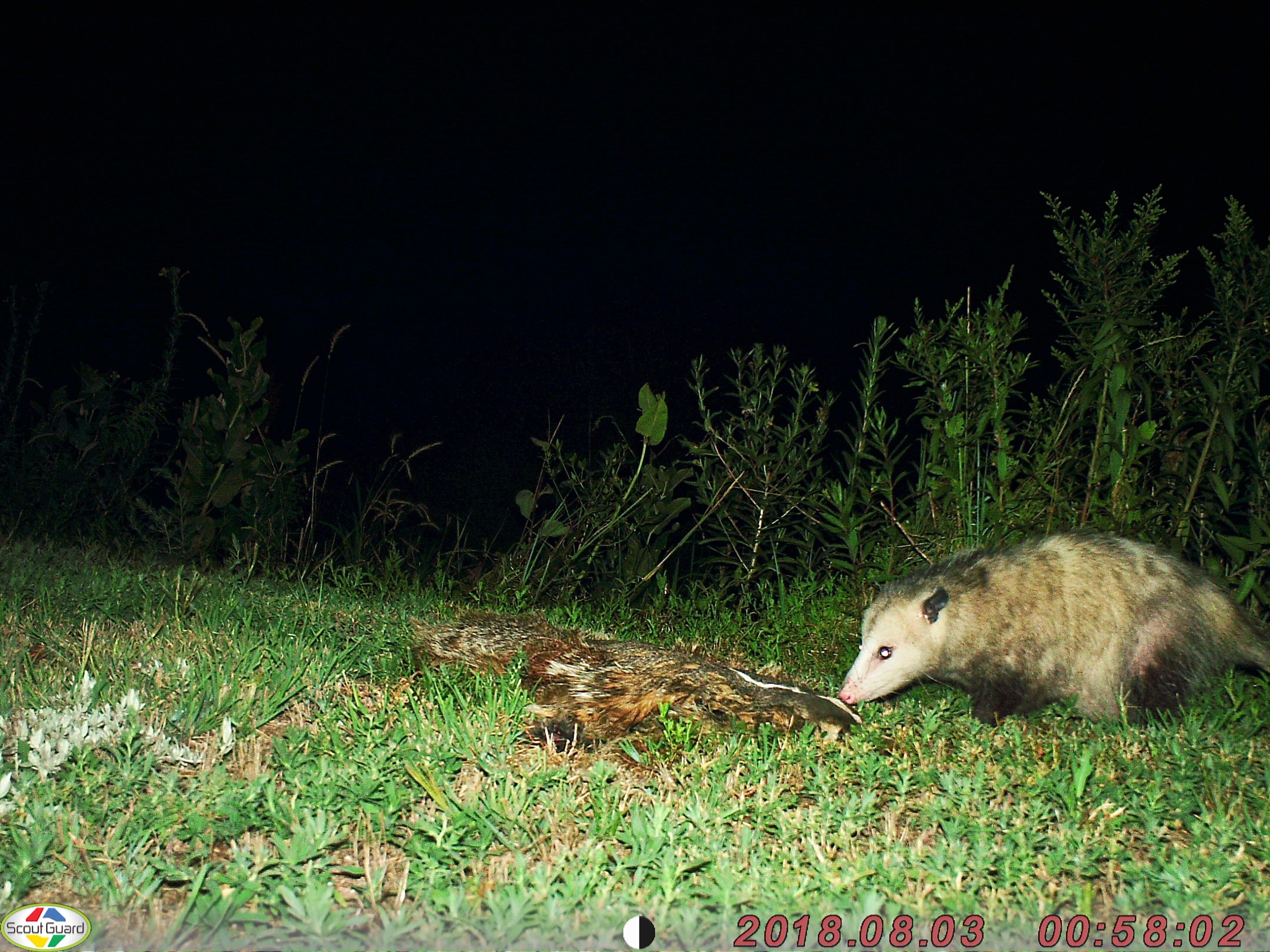 The real work was being done by the baby flies, Maggots of several airborne creatures. 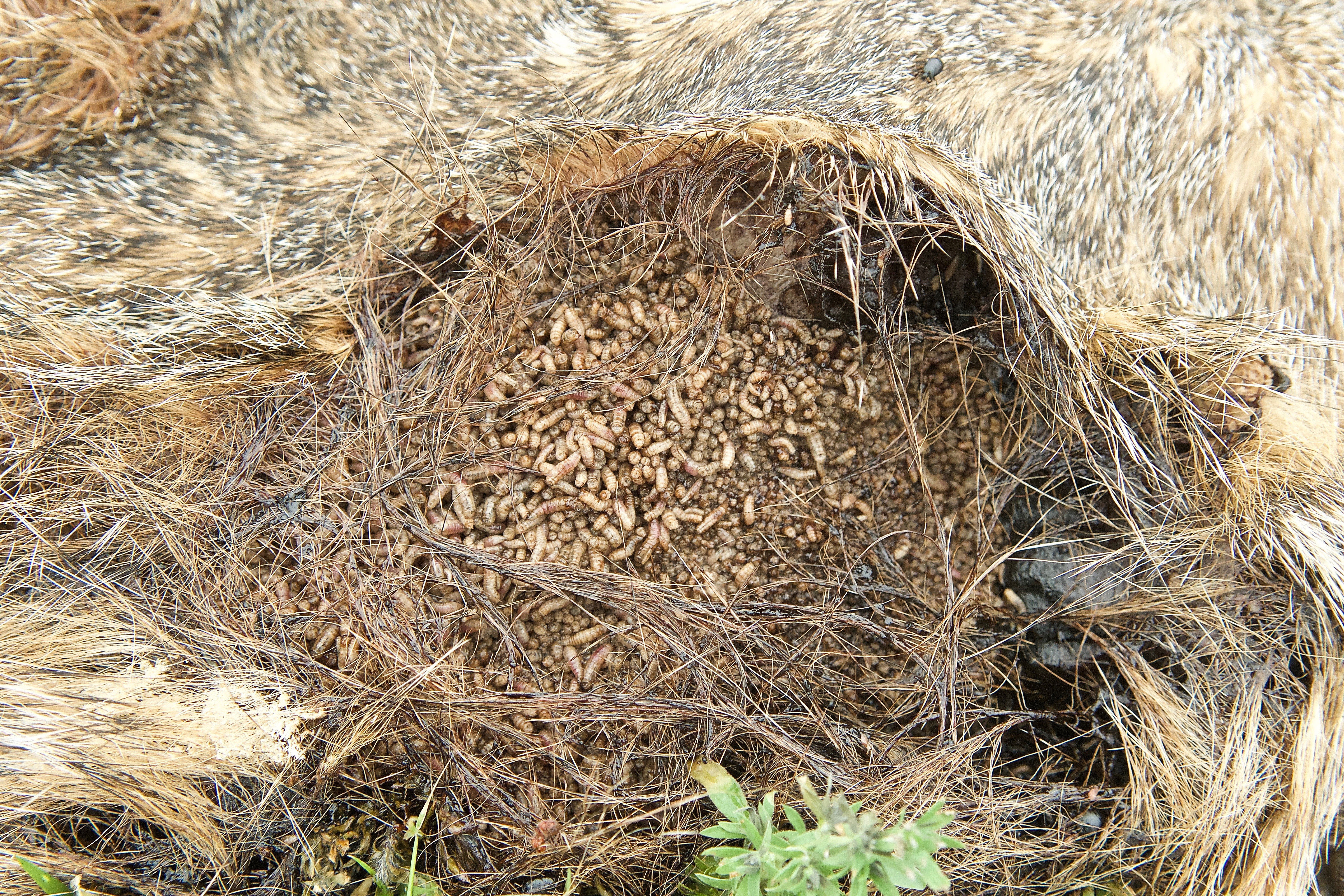 By the evening of August third little was left. 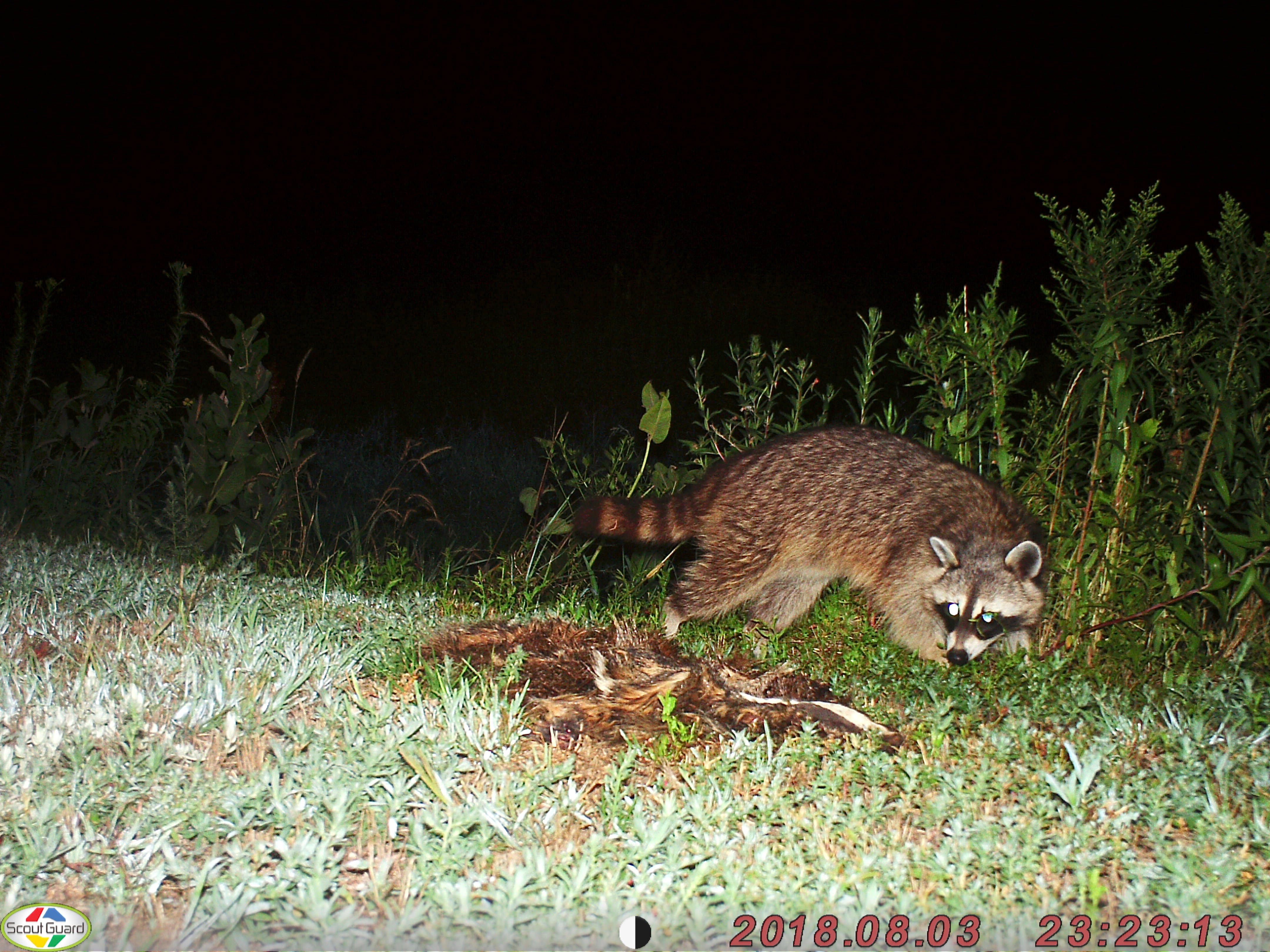 The skunk was the last visitor I bothered to record.  I had hoped for some Turkey Vultures, but they wouldn’t cooperate even though they circled the neighborhood.  (The collision had destroyed the skull, so I got nothing but pictures.) 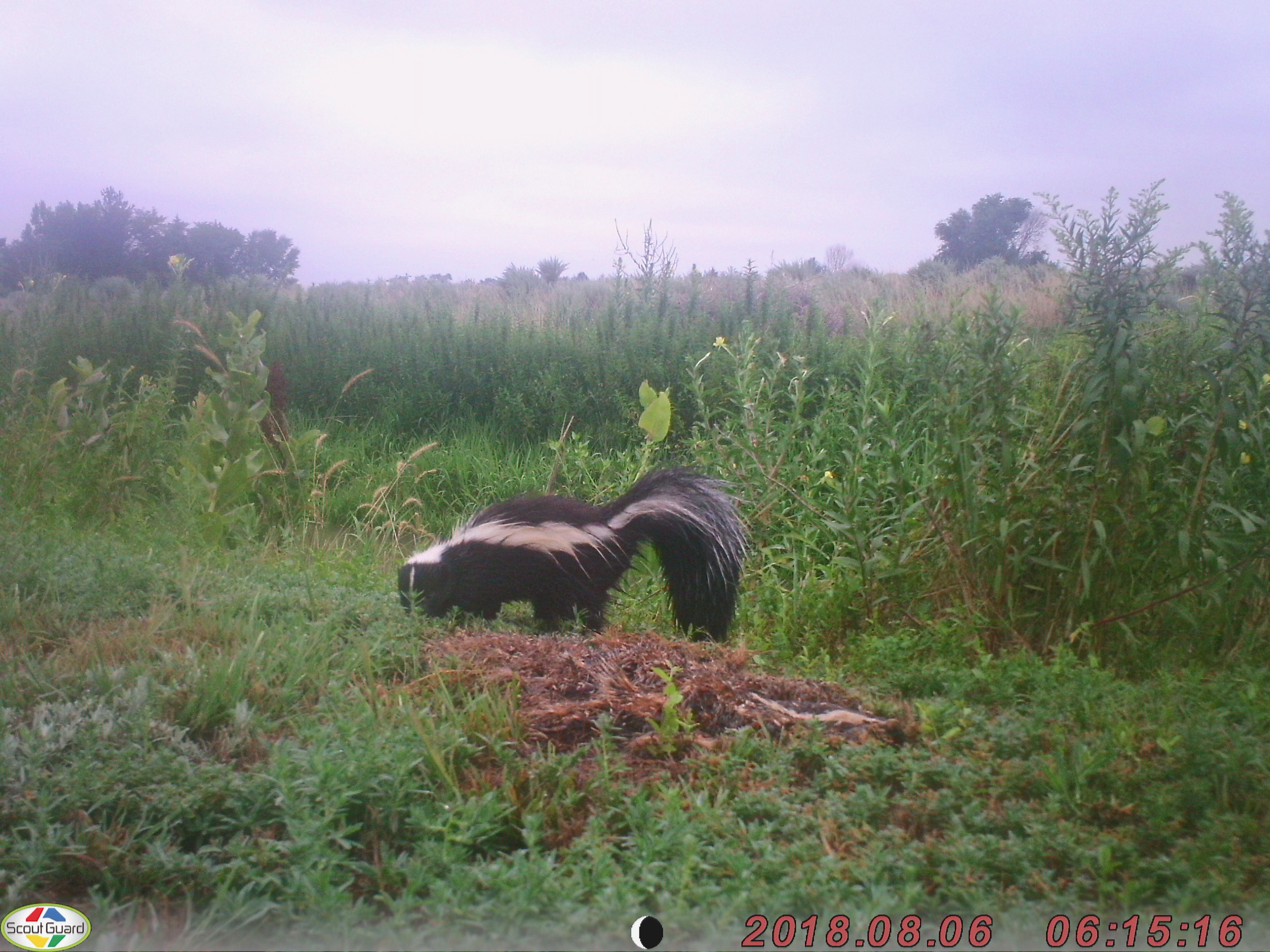