Encountered this turtle laying her eggs on a sand dike constructed by the irrigation company. 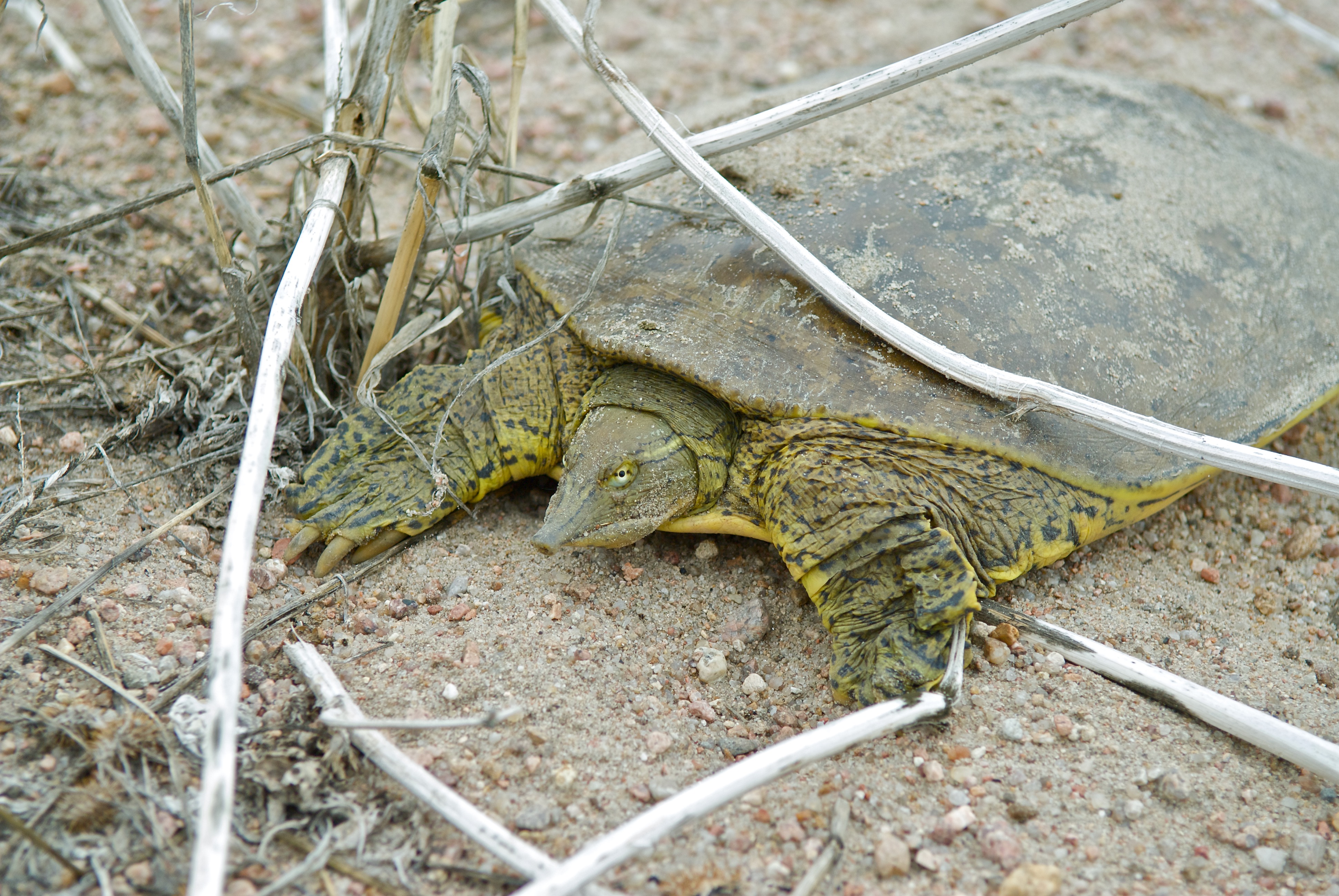 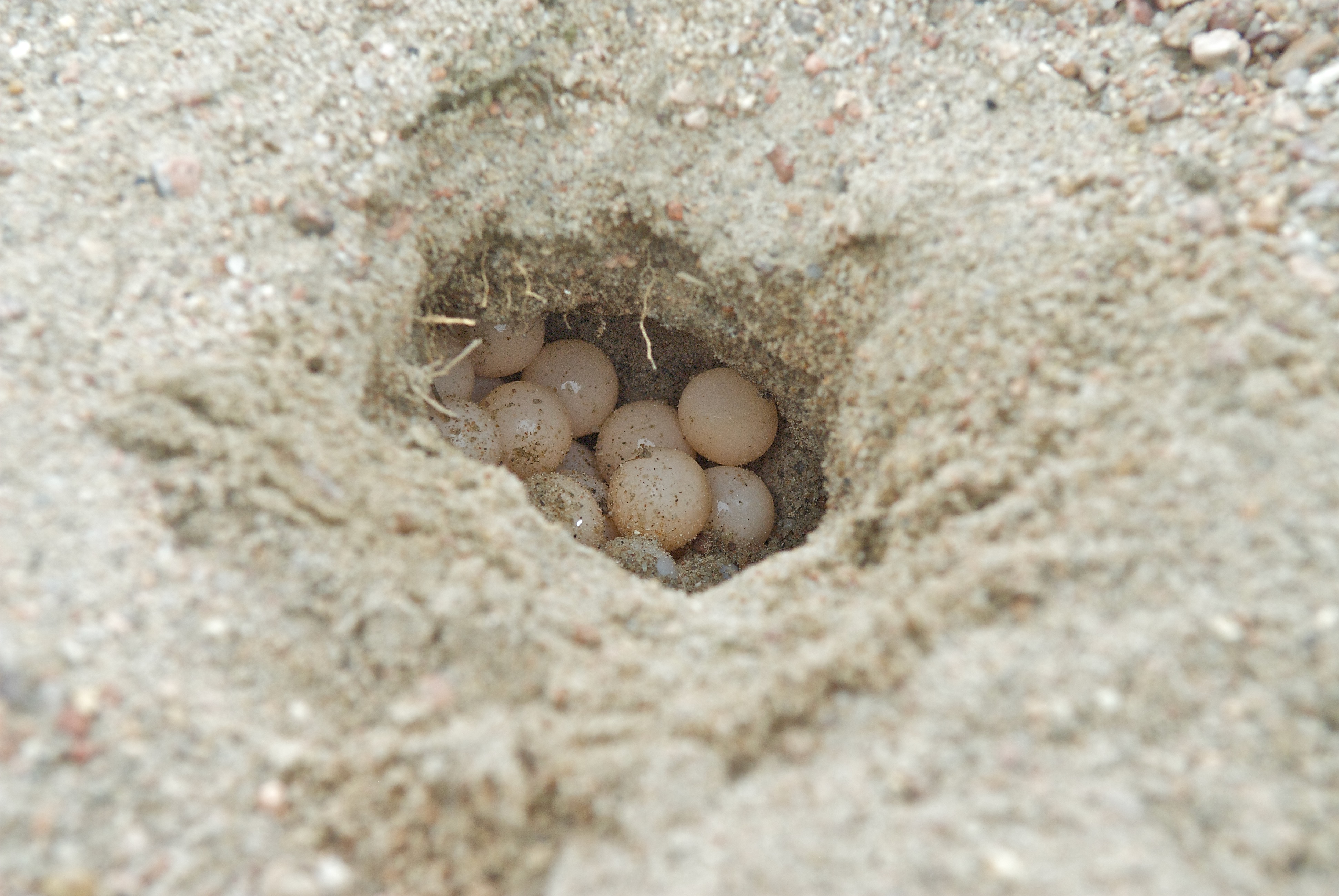 I borrowed four eggs, the white ones, and attempted to hatch them at home.  The other four I found indiscriminately lying on a sandbar.  Could have been a young or confused turtle.  The plastic bowl contained water to keep the atmosphere moist. 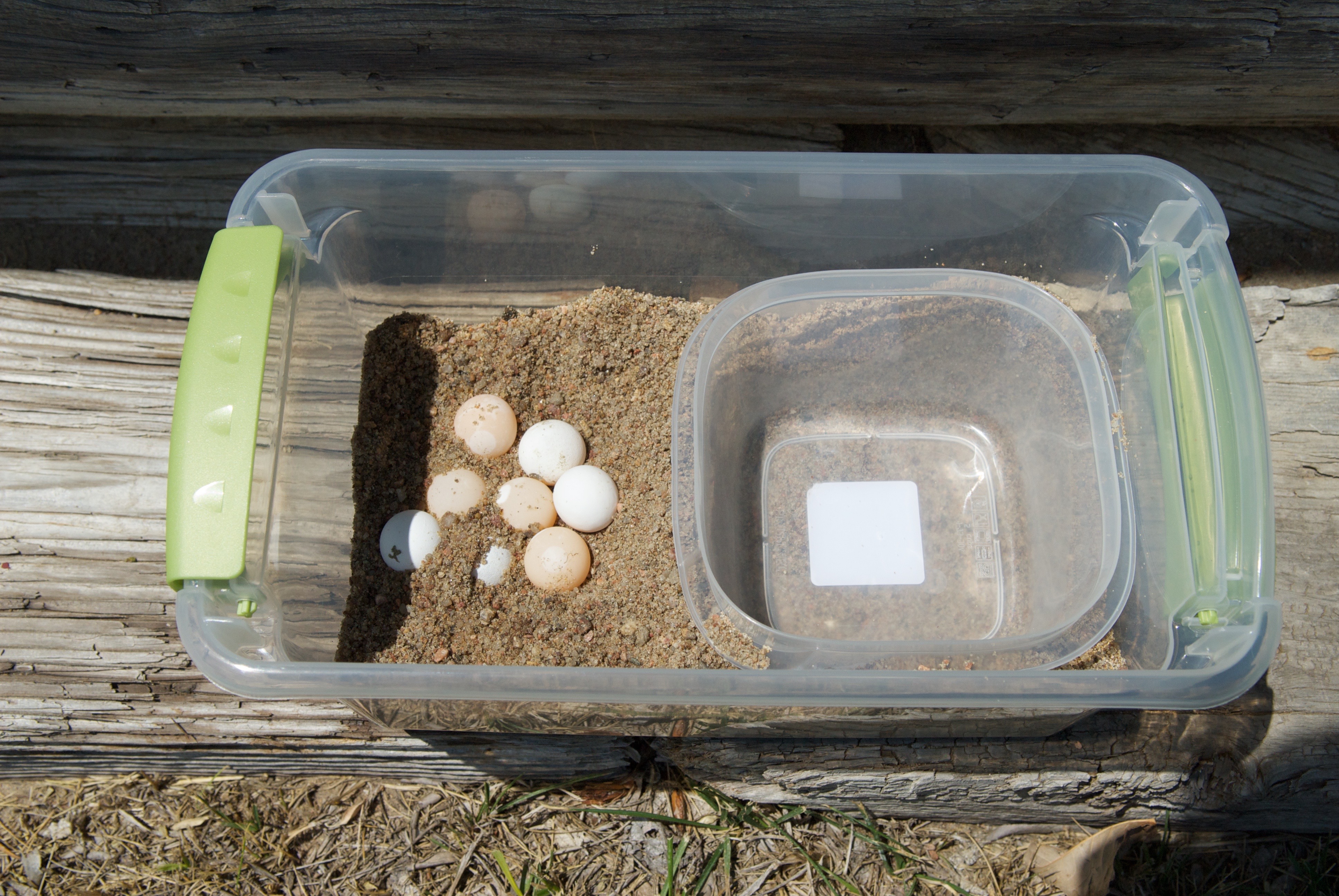 Eighty-five days later they hatched, coming out of their shells as curled up as burrito tortillas. 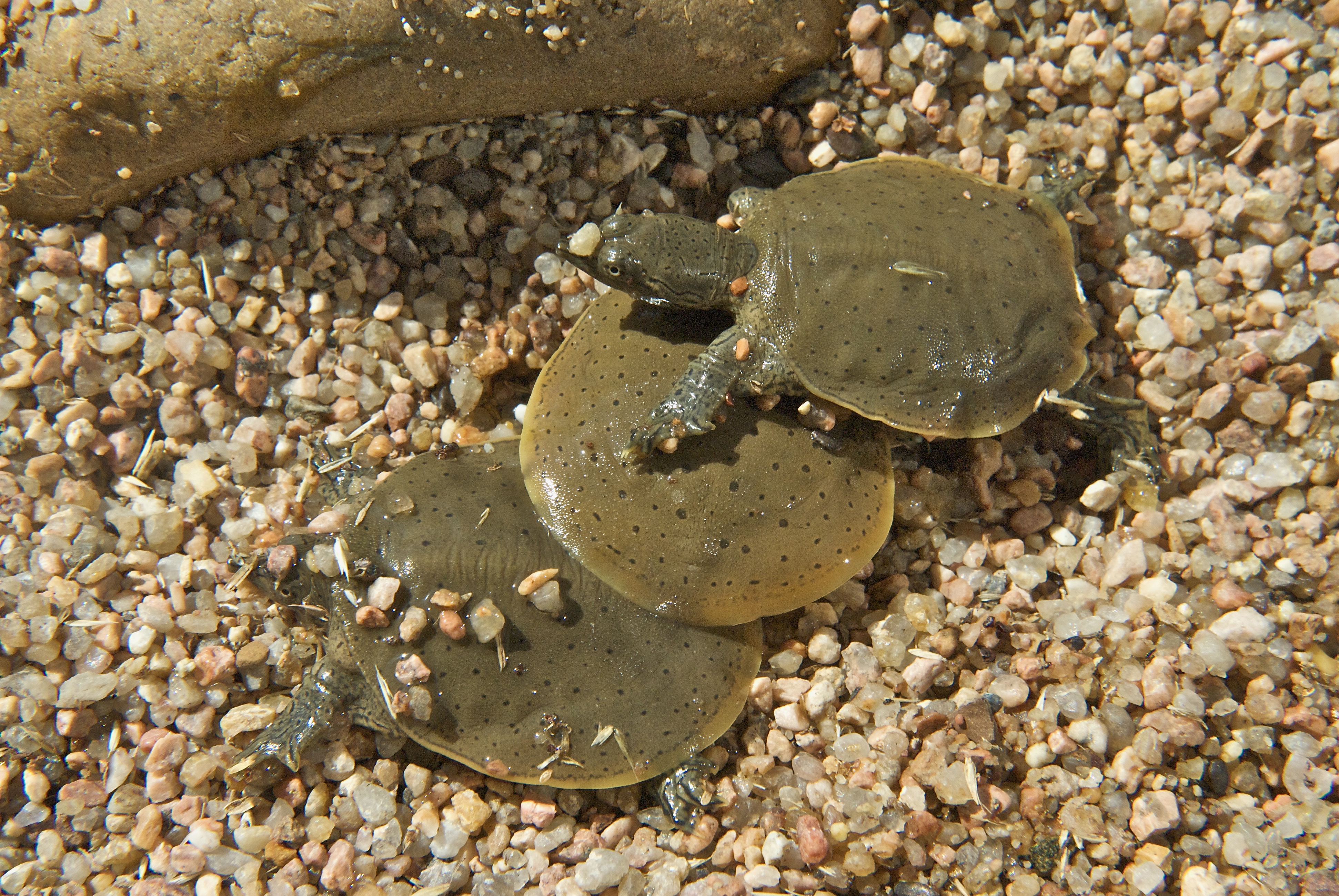