For all the invasive species this country has received from Europe and Asia, this fellow is Payback Large.  The Colorado Potato Beetle.  This guy became resistant to DDT.  It is so genetically variable that it soon learns to resist and shrug off all pesticides.  Thomas Say discovered this bug in 1824.  He also discovered the Say’s Phoebe.  The World would have welcomed that bird. 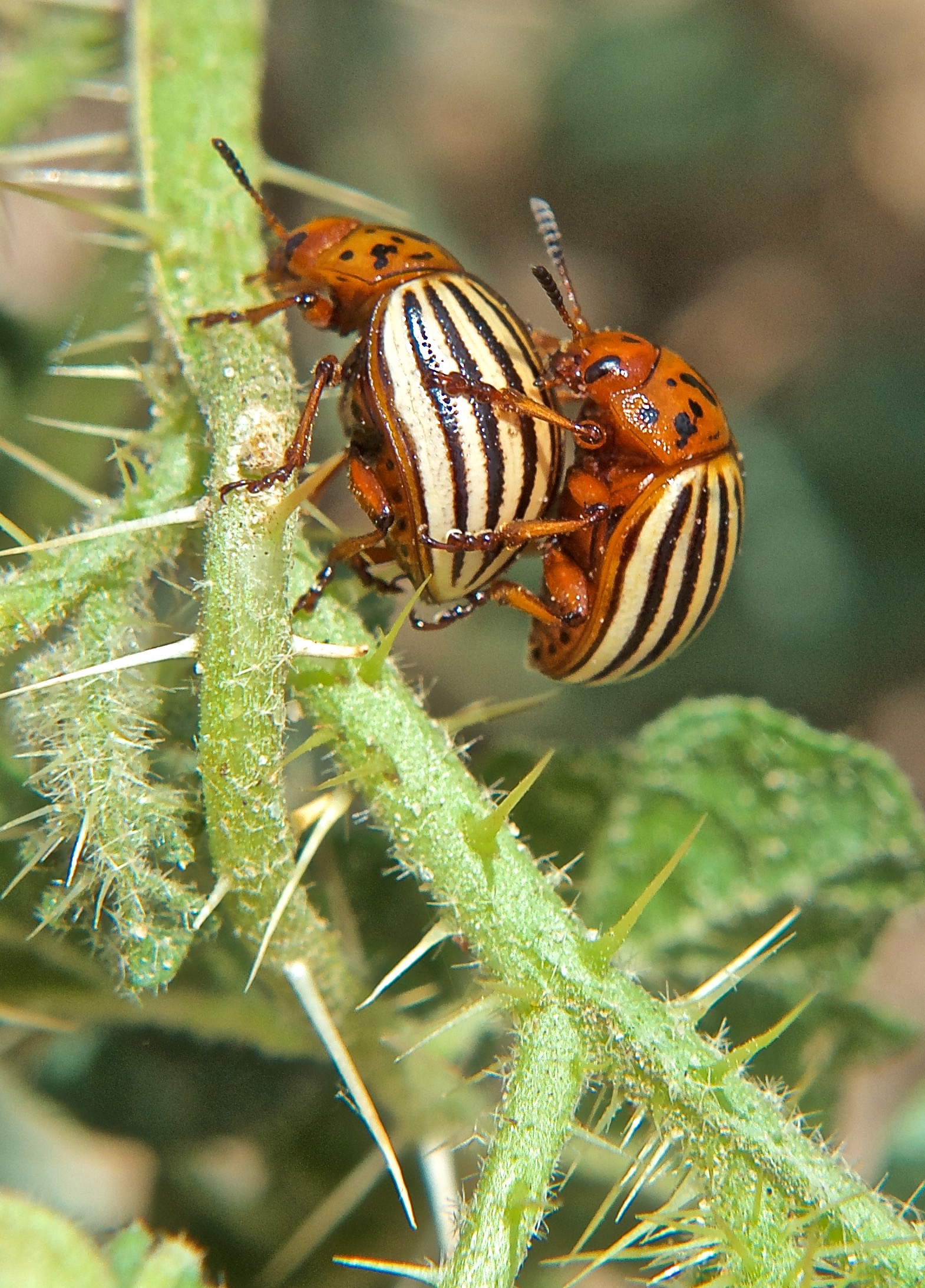 The Potato Bug was discovered on the Buffalo Bur, apparently a close enough relative to the potato.  Below is the bug in larval form.  It, as discovered, is on a Buffalo Bur.  (The Bur can be found in Plants on the Prairie–Yellow.) 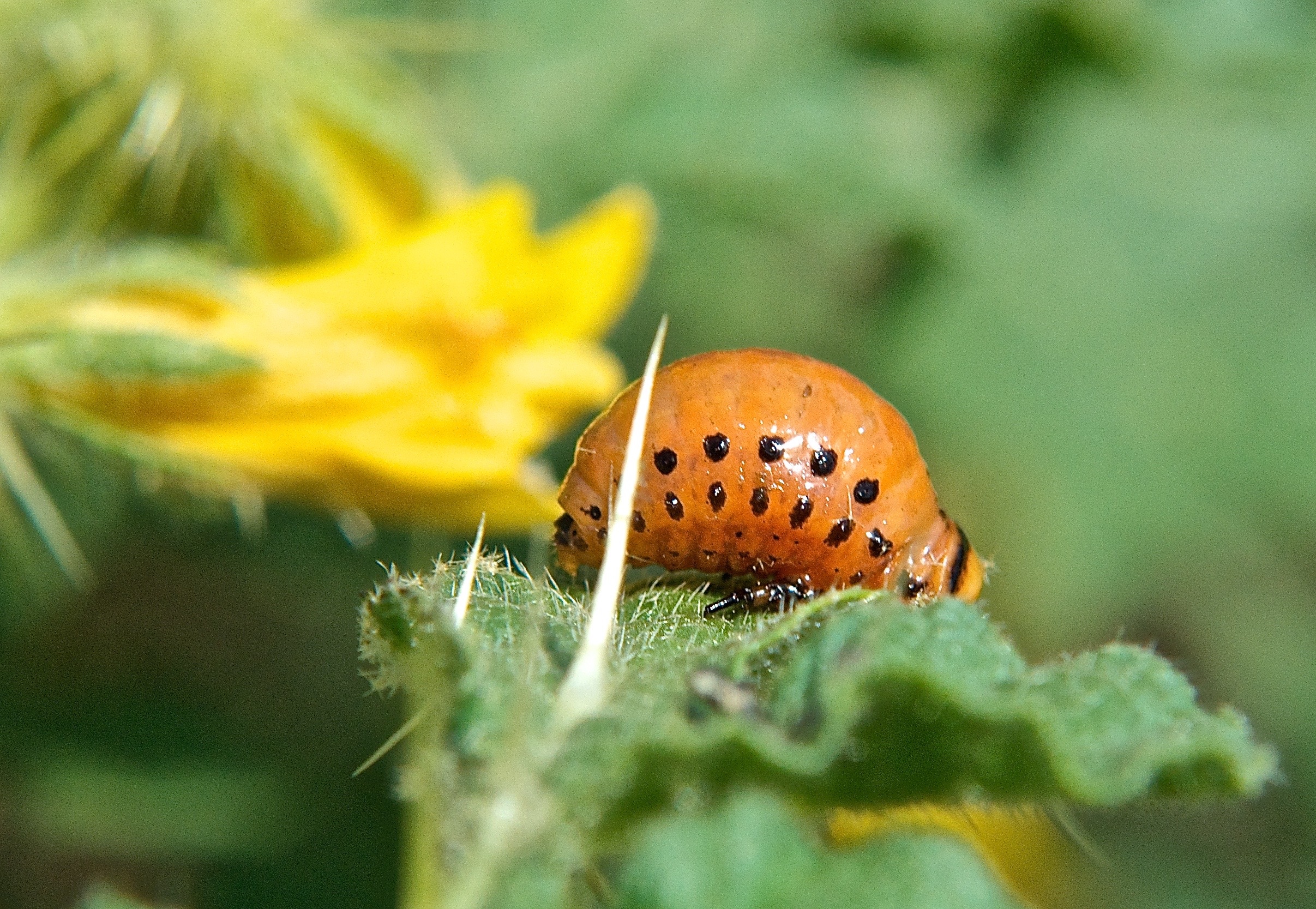 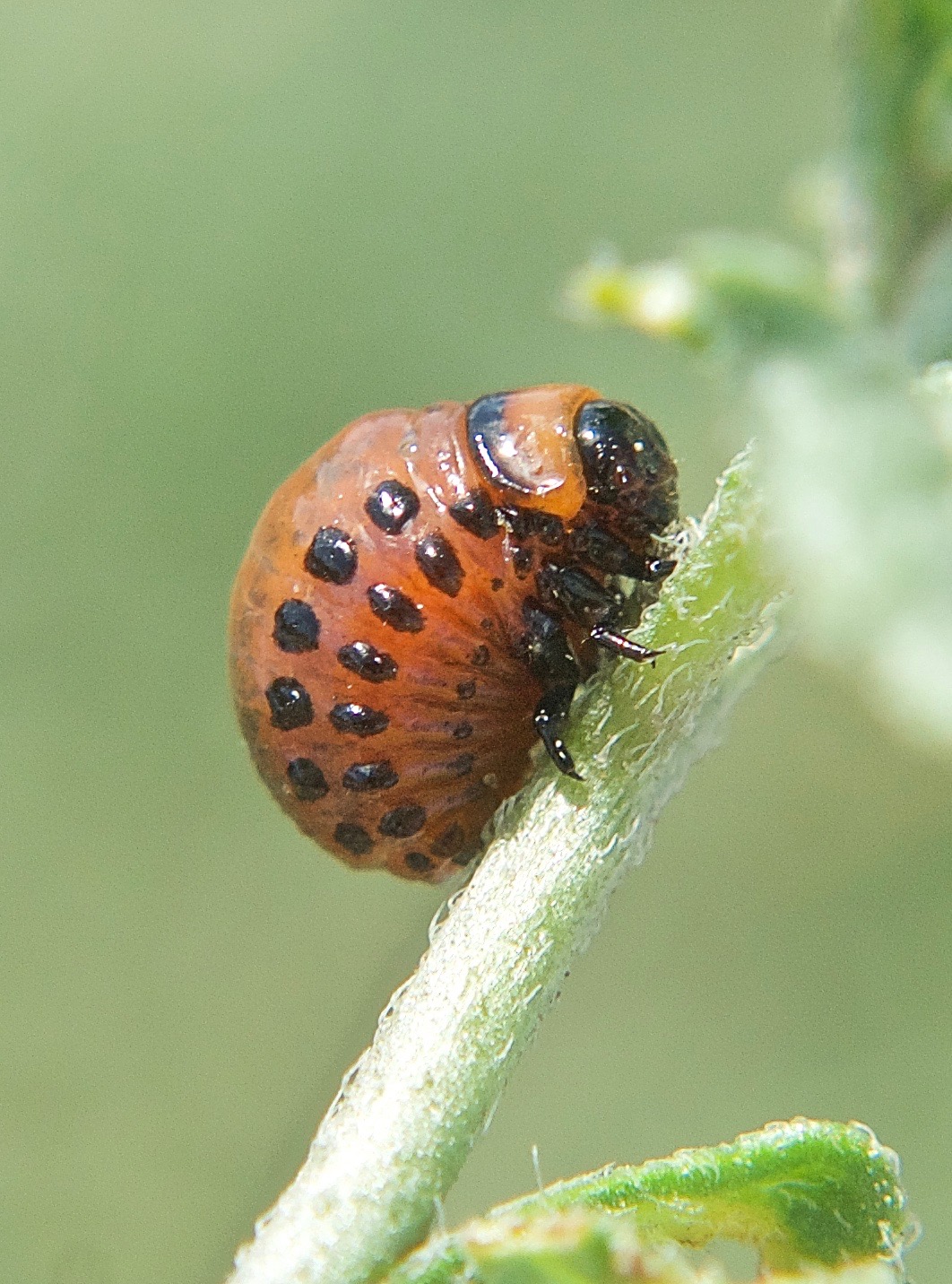 Wait a minute, here’s one of the larva on a Cut-Leaf Nightshade eating the little tomato.  So this bug is adaptable. 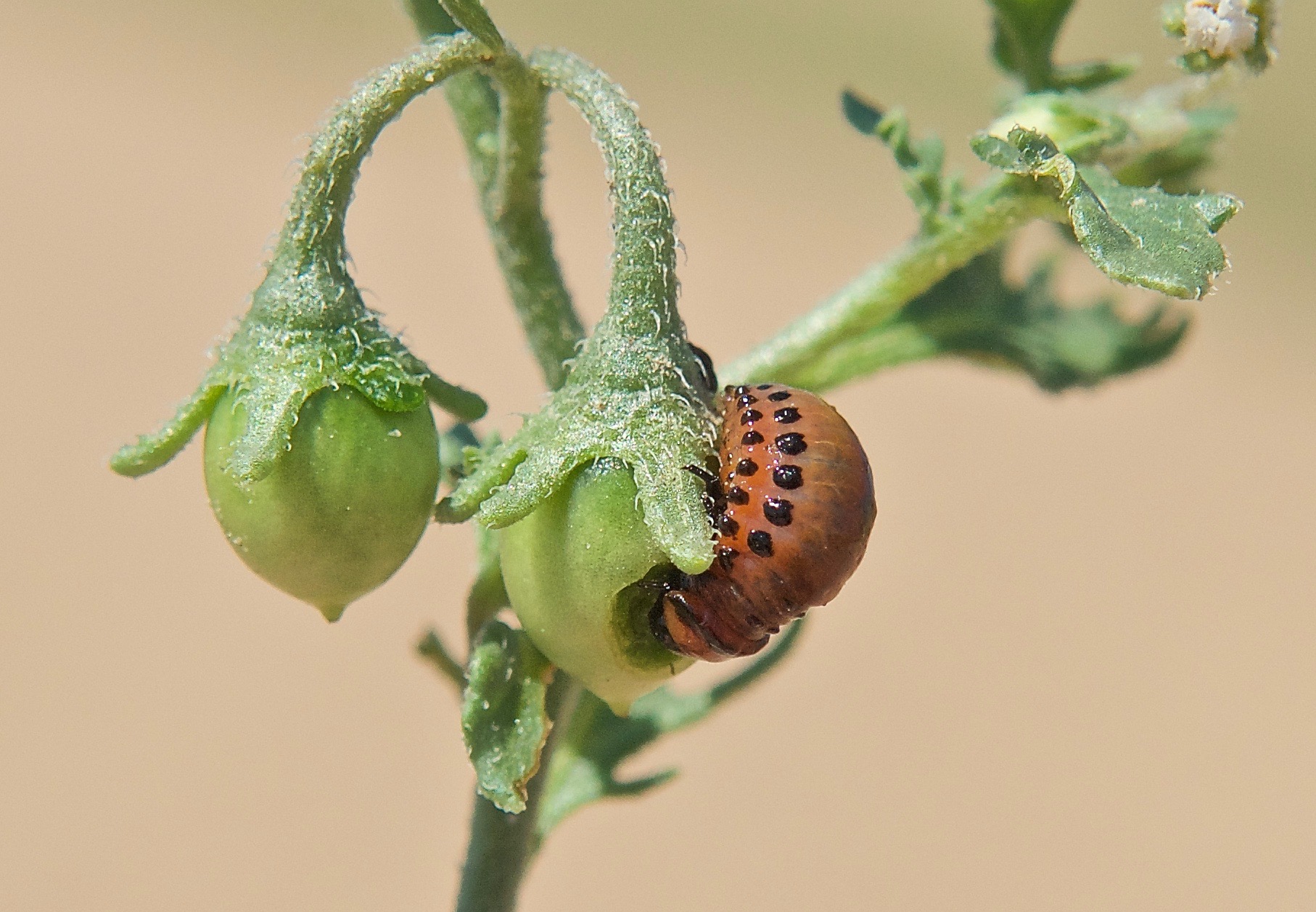 A Spotted Cucumber Beetle on (wait for it) a Mock Cucumber. 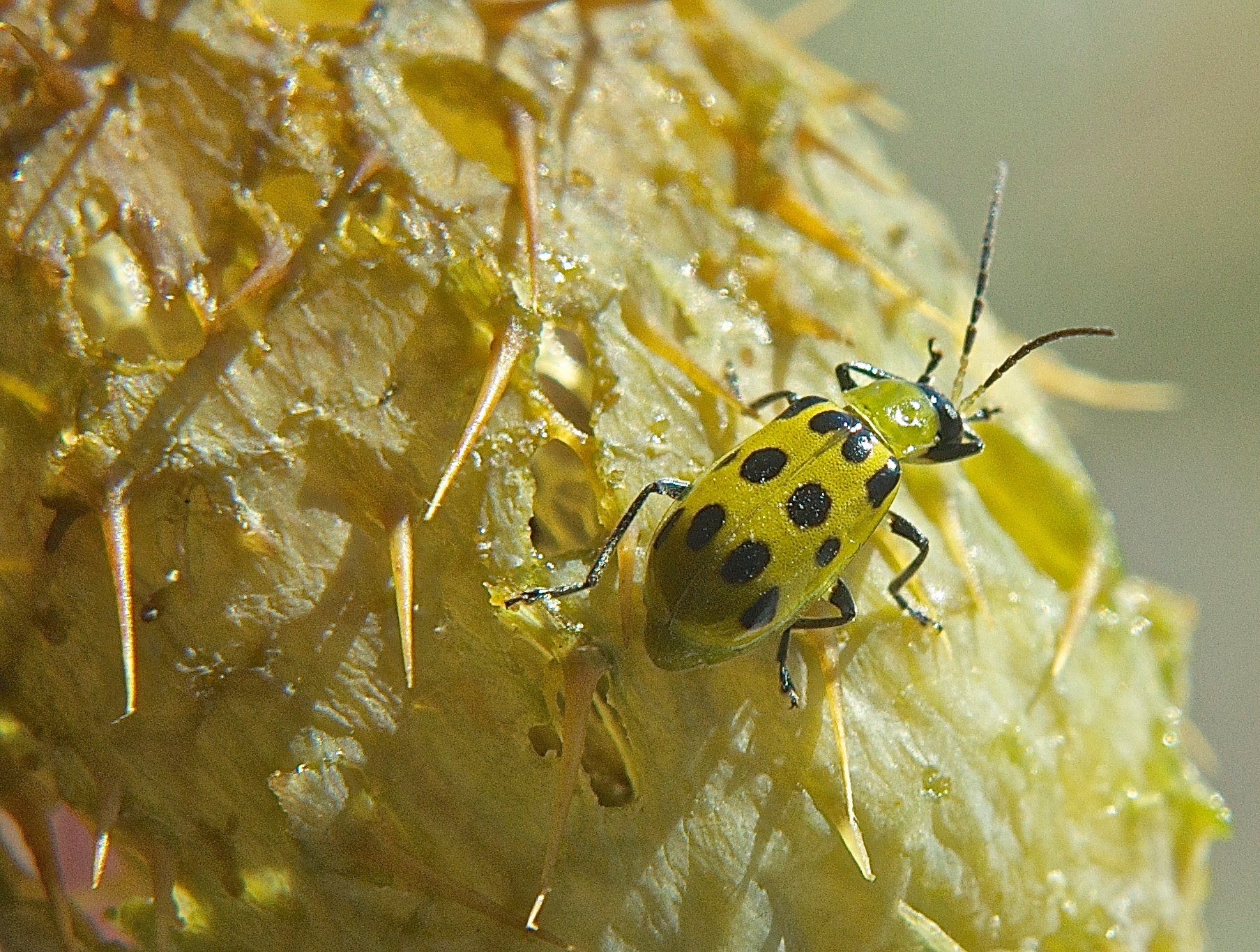 Without the Dung Beetle our pastures would be un-walkable.  The Bison have been replaced by cattle but their work remains 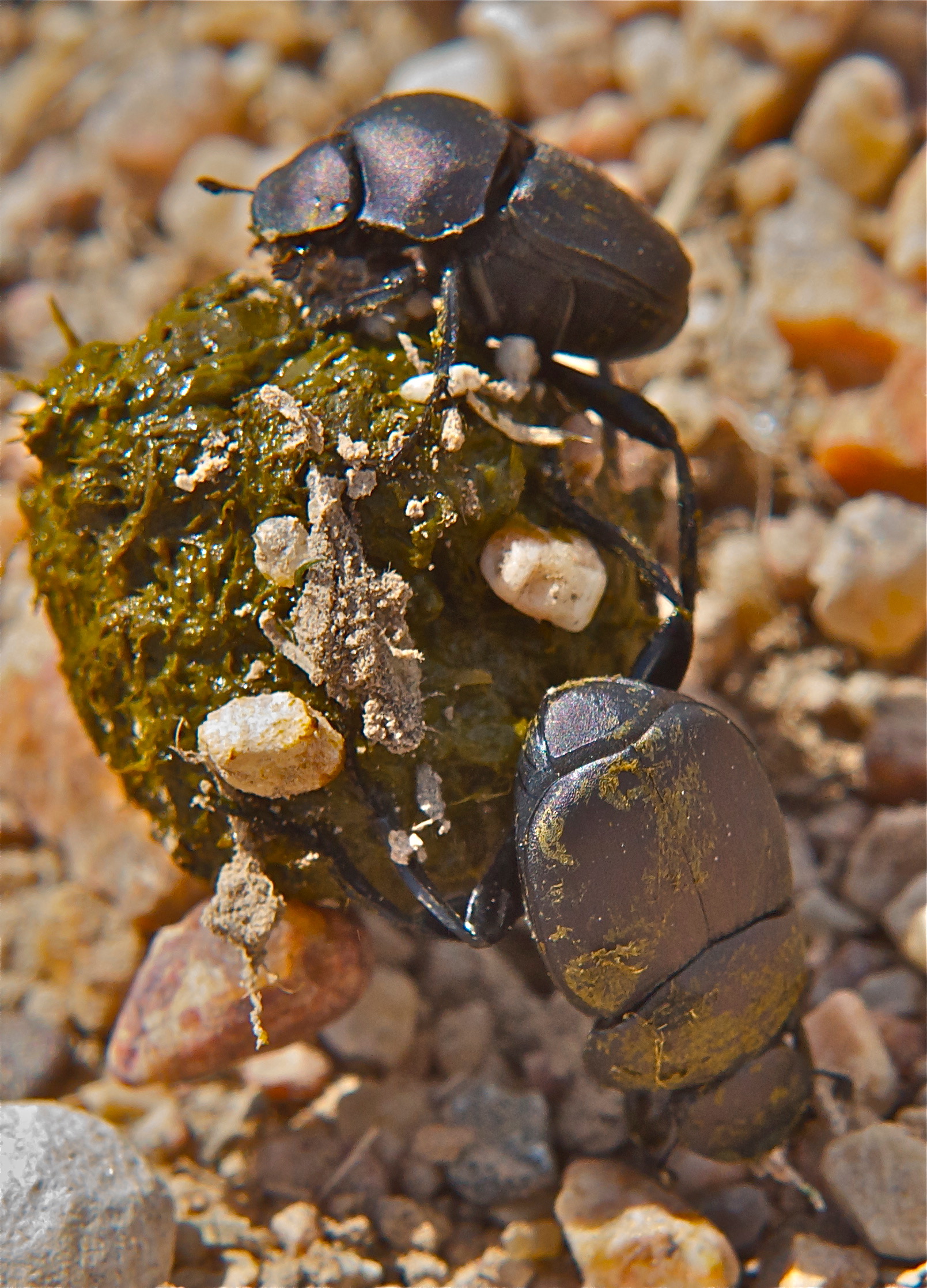 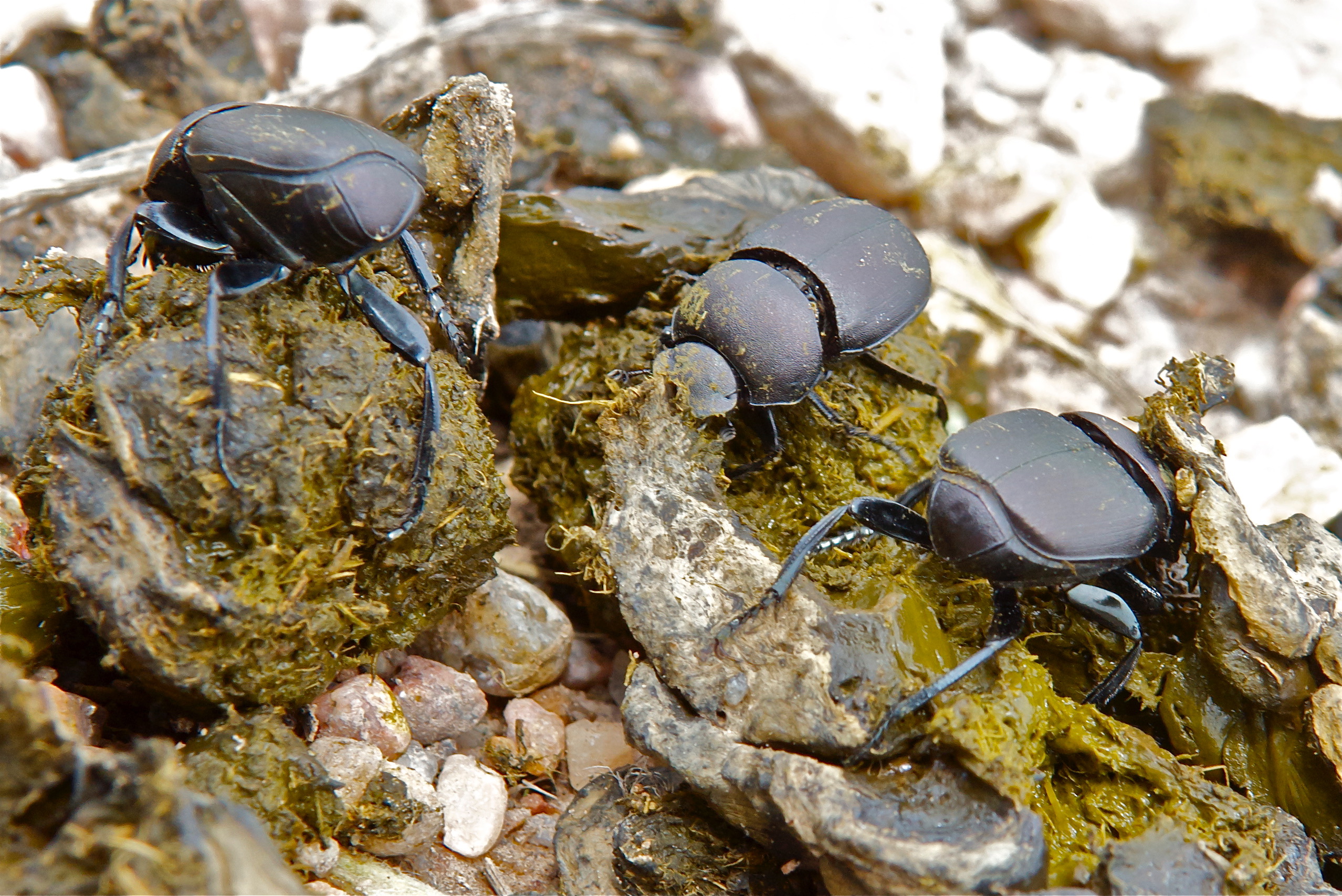 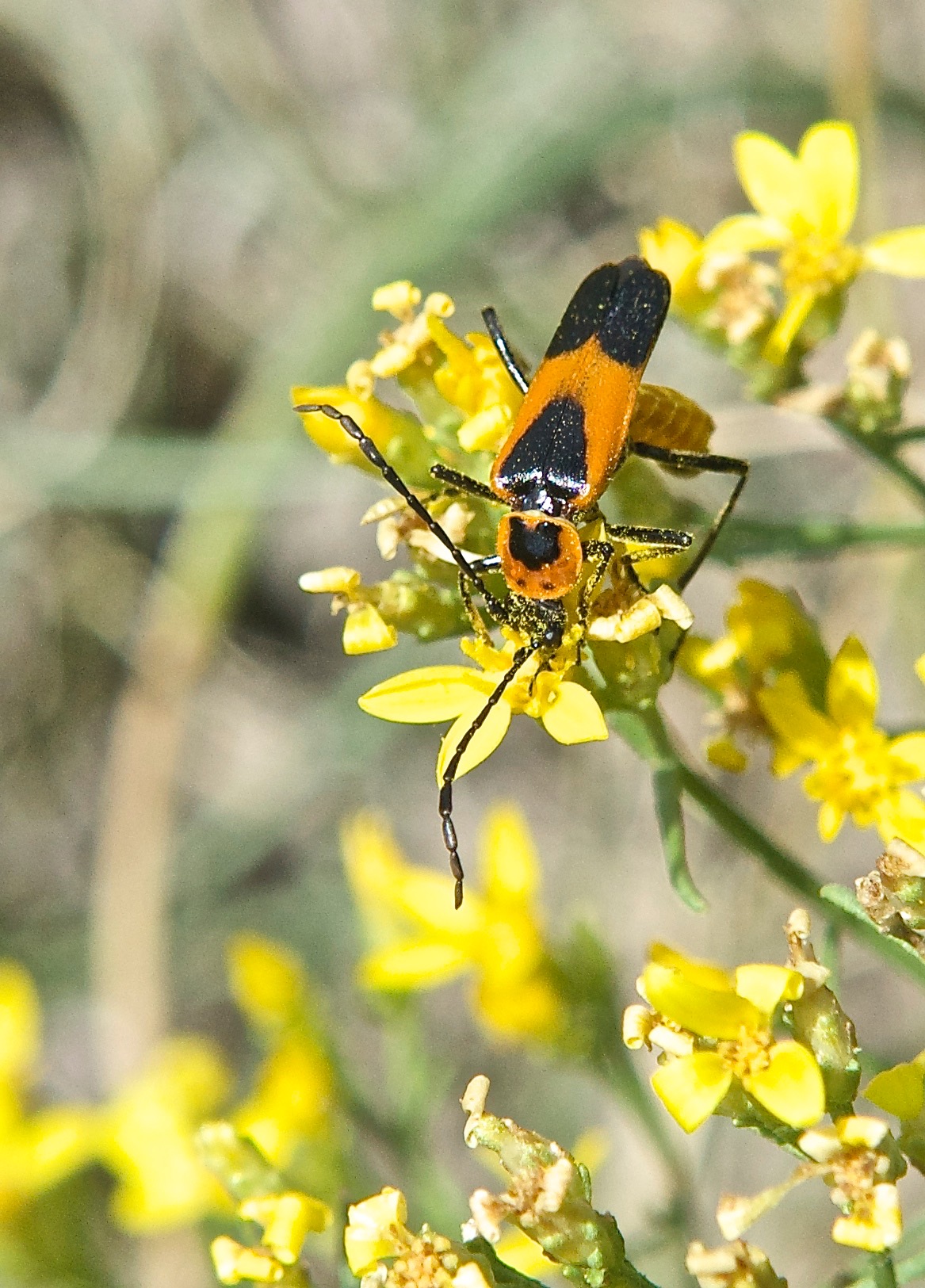 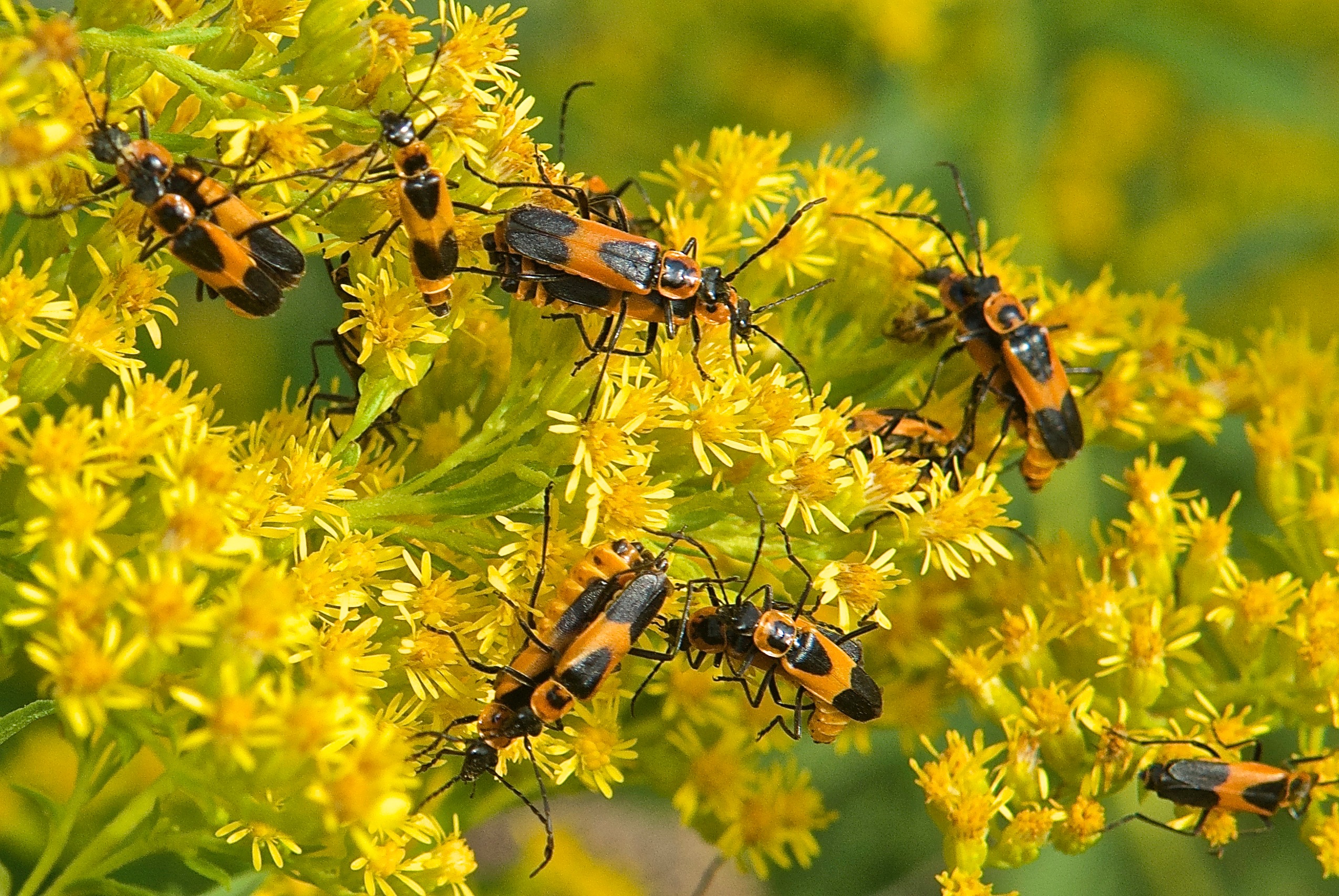