Though this is a pretty little flower it is considered noxious in Colorado.  Its defensive spines are vicious and its burrs horrible to deal with.  This plant is believed to be the first discovered in Logan County.  I reported it to the rangers at North Sterling State Park after receiving information about it from Ernie Marx.  Ernie has a splendid website on Flowers of Eastern Colorado, easterncoloradowildflowers.com.  He knows his plants, something I often have to guess at. 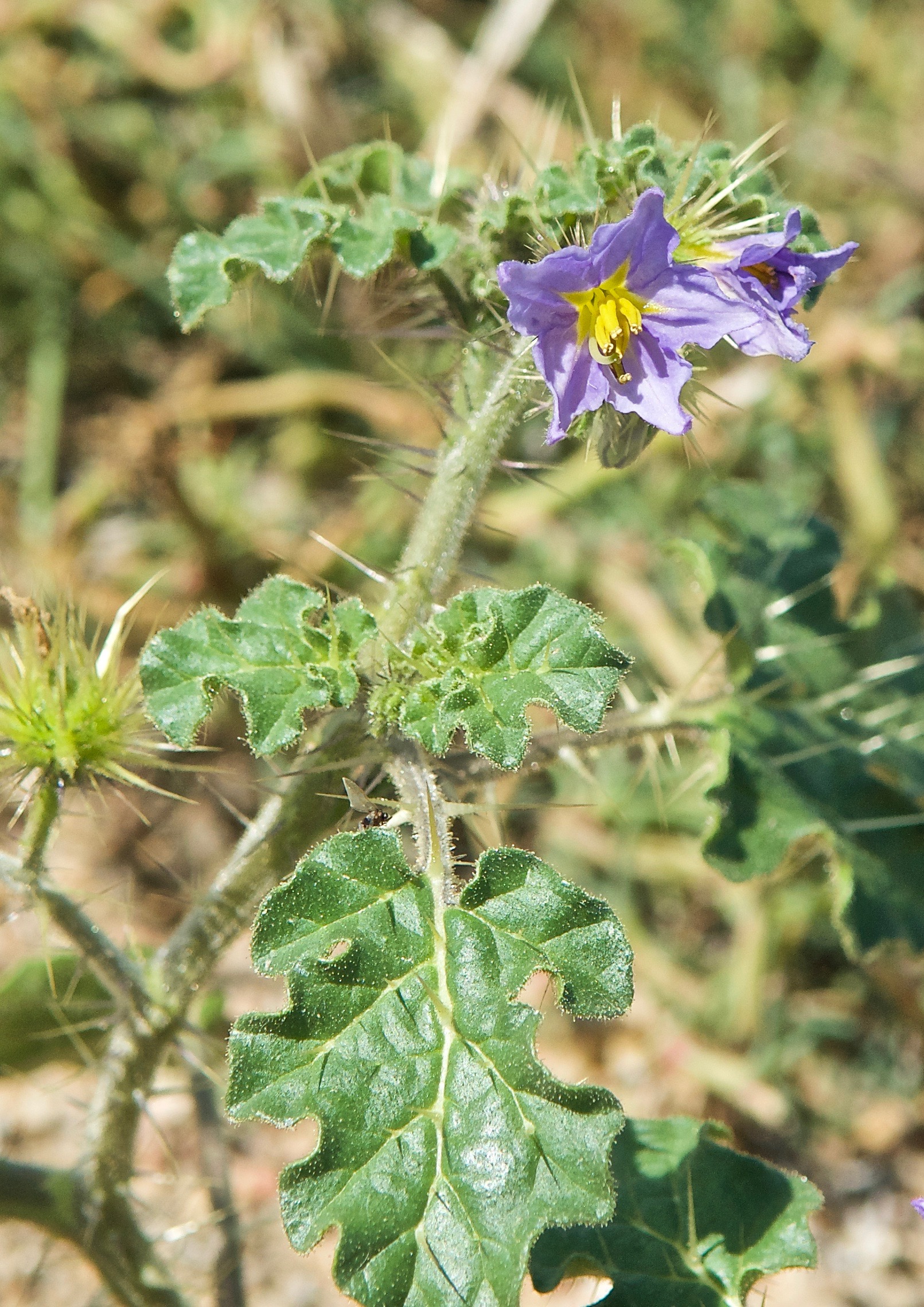 This was photographed along the walking path at Sunset Point.  There were two other varieties of nightshades nearby.  They are in the white and yellow flower grouping on this website. 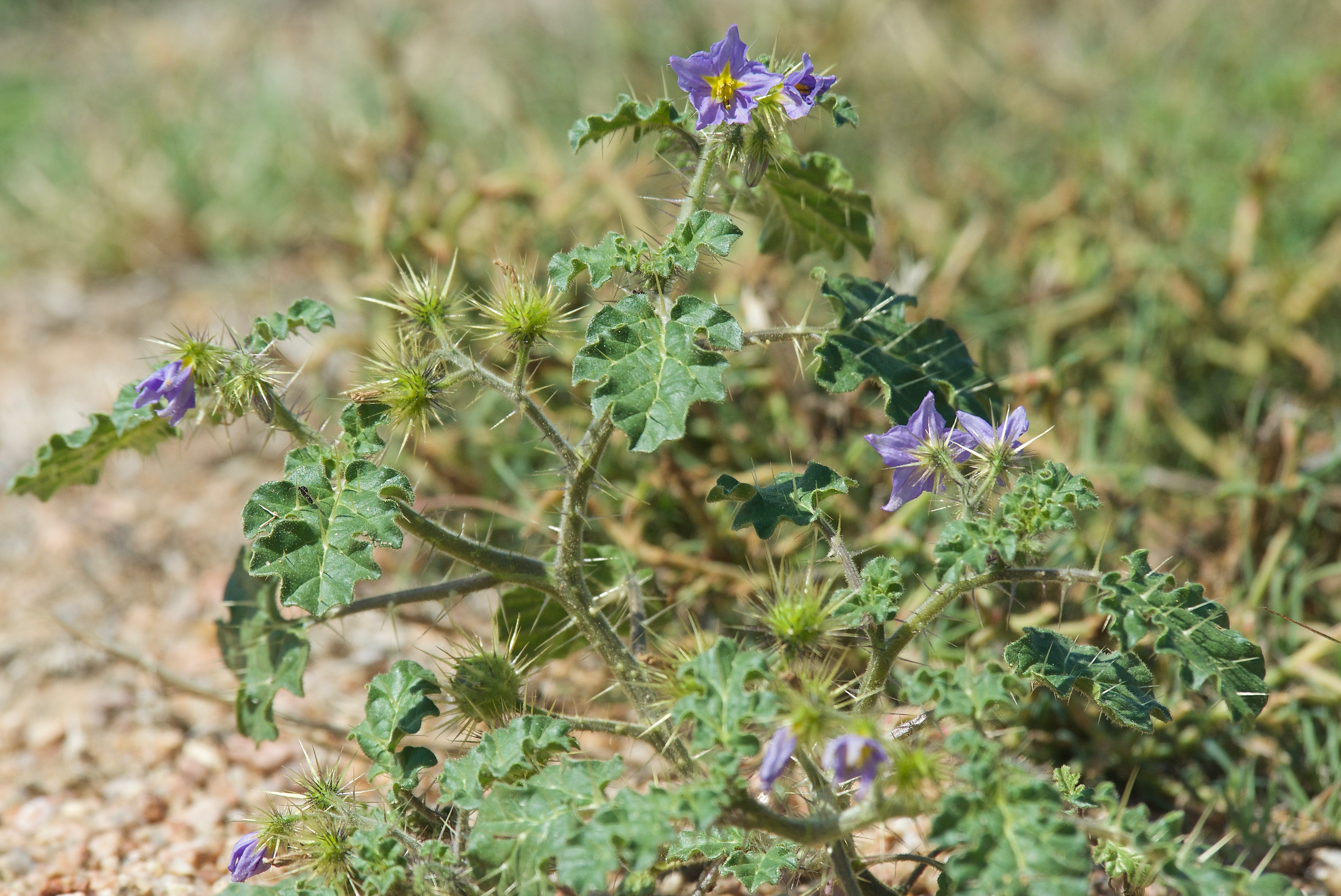 Taken a year after the photos above.  The plant apparently has a foothold. 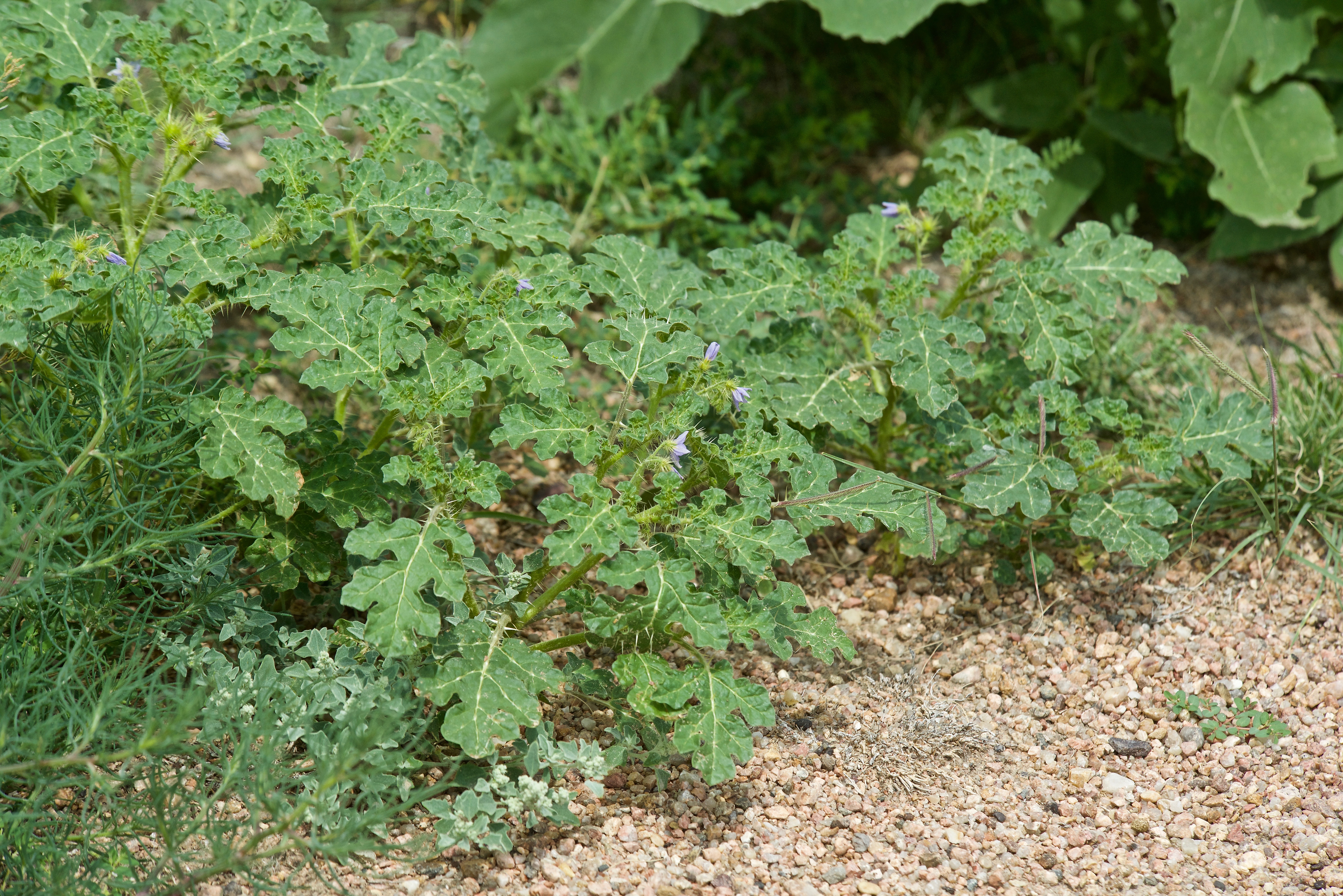