Though we call it Canada Thistle, it is actually from Europe and Asia.  It is unwanted nearly everywhere.  It is a nuisance because its lateral roots send up new shoots.  Most thistles take two years to flower.  In the first it develops a rosetta only.  (An picture of a rosetta can be seen in the Bull Thistle displayed later in this section.) 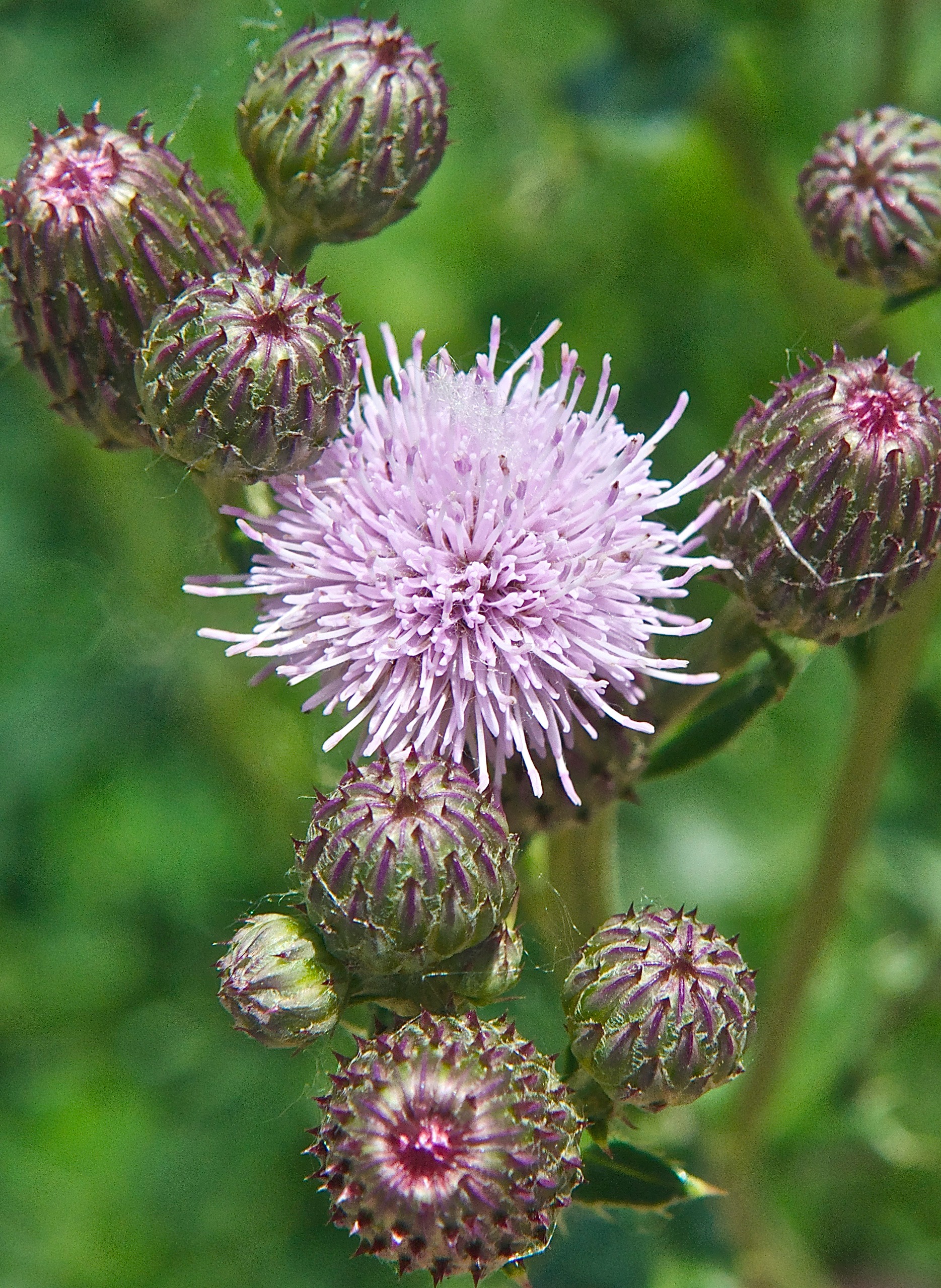 It is a small blossom as can be seen in comparison to the wasp. 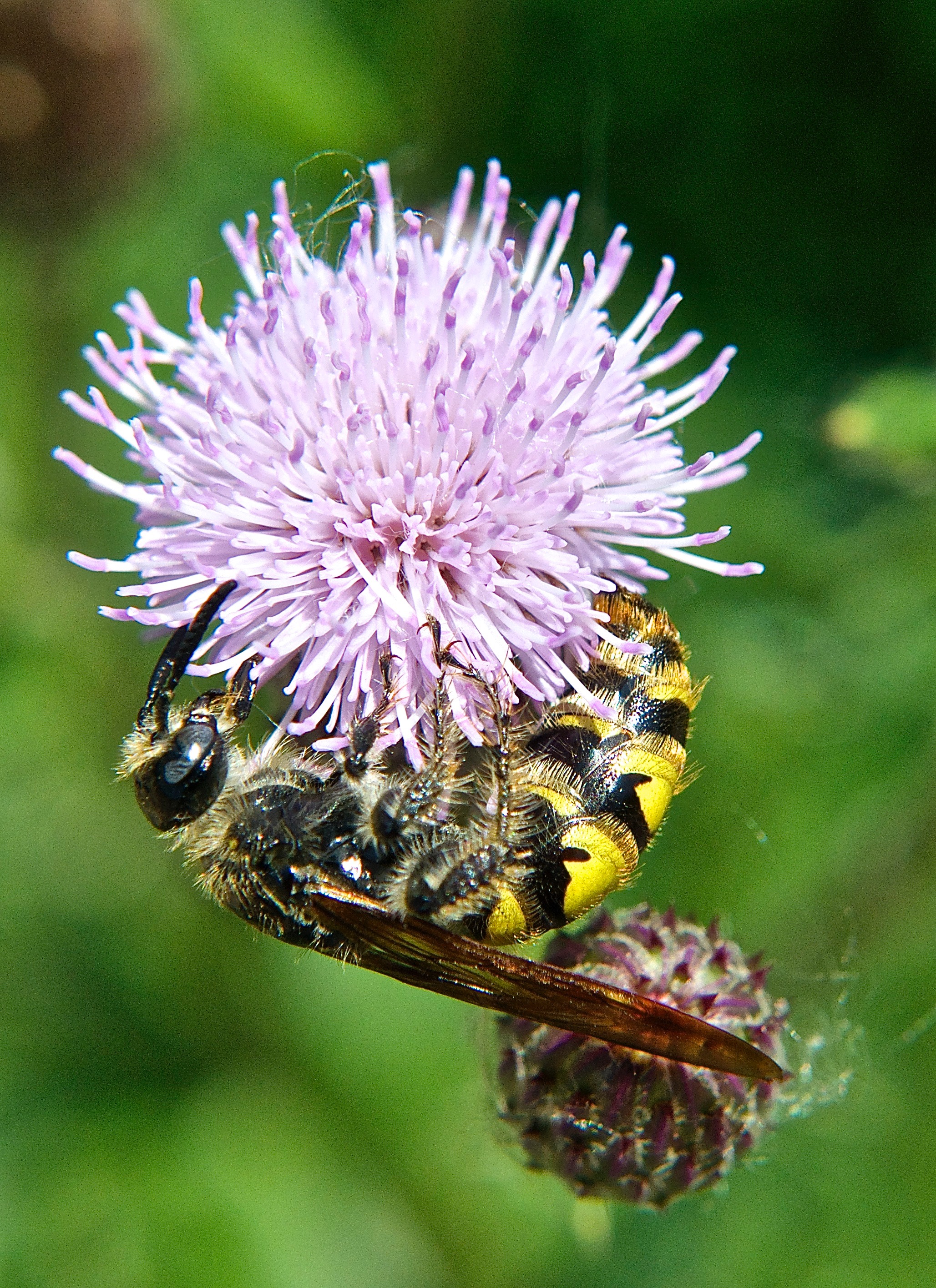 This is a Canada Thistle in several stages of development.  Male and female flowers are on separate plants. 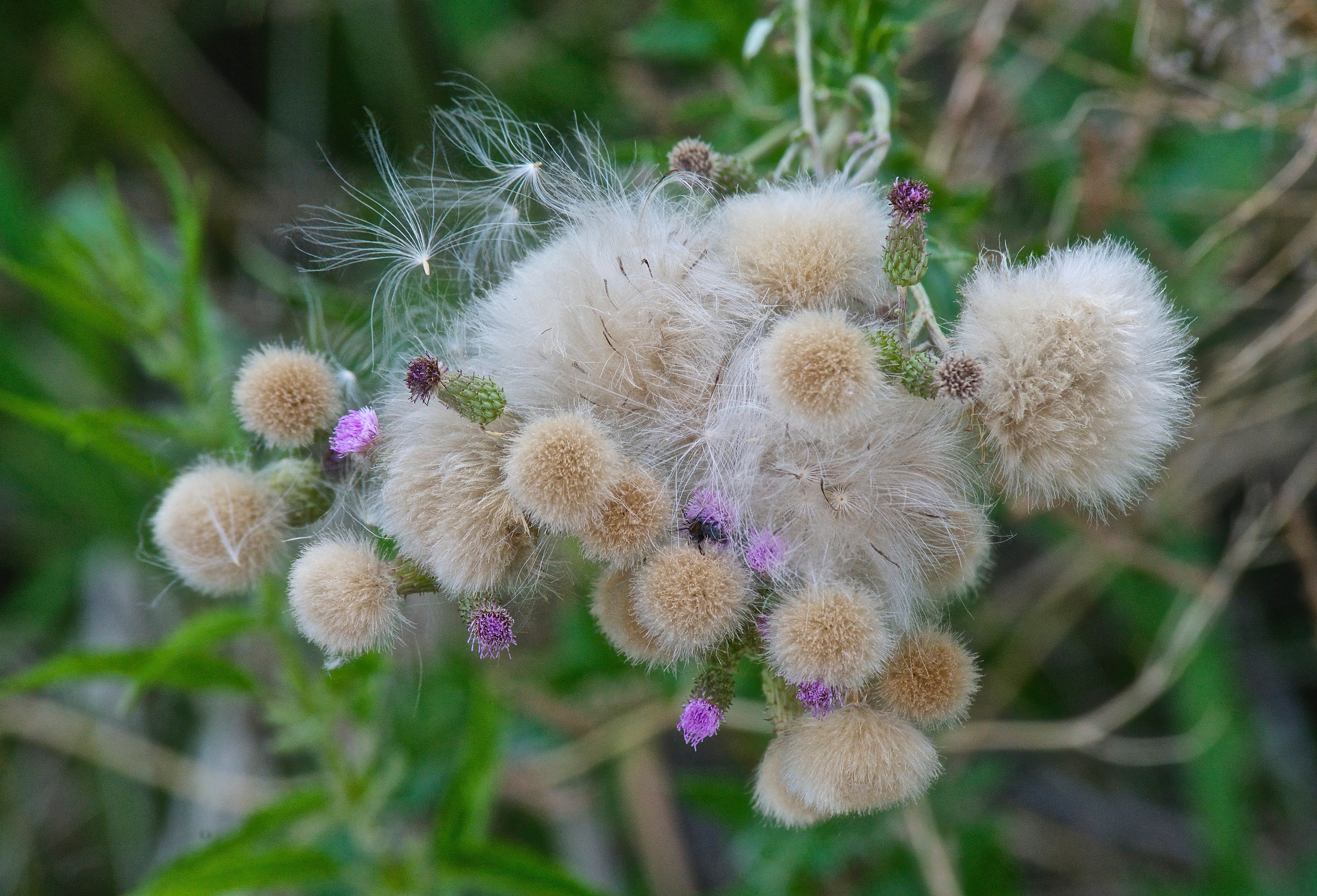 Here they can be seen spreading just a year after being sprayed by Logan County. 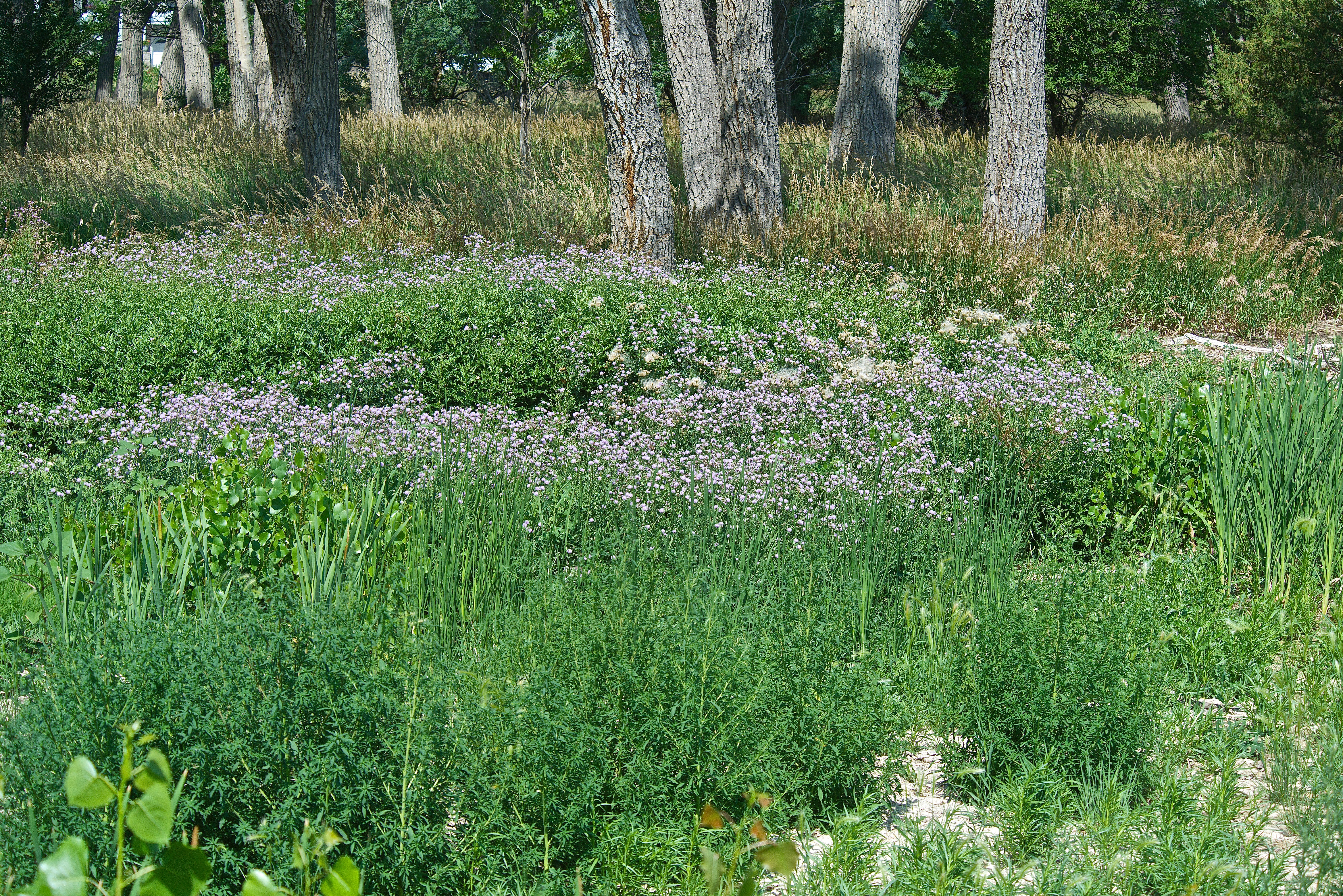 Another stand of the plant, this time going to seed. 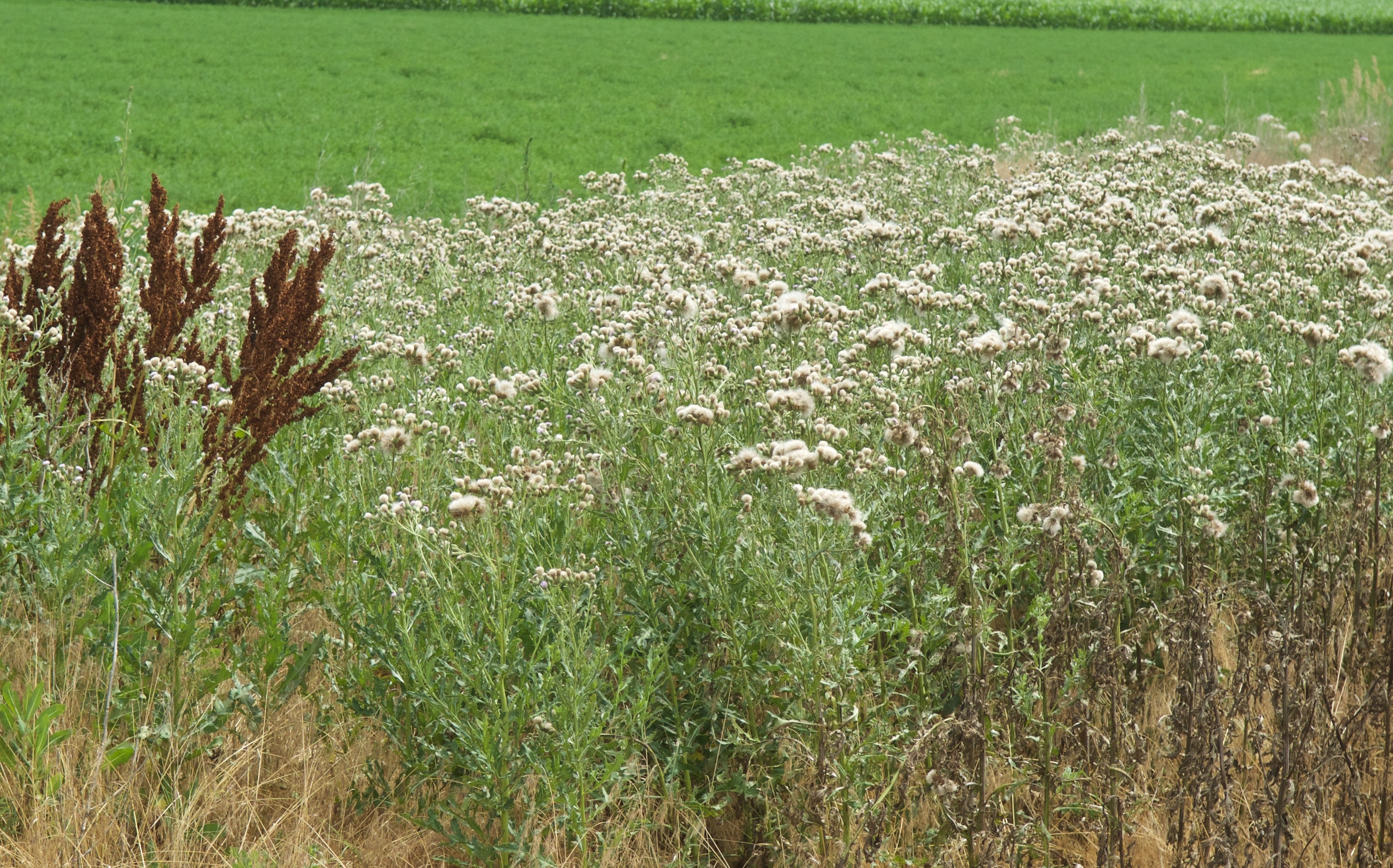