Antler development and shedding can be seen in the life of a regular to my area, easy to spot because of his split left ear.  Hence, his name is Split Ear.  Here he is below on March eighteen just after losing his antlers. 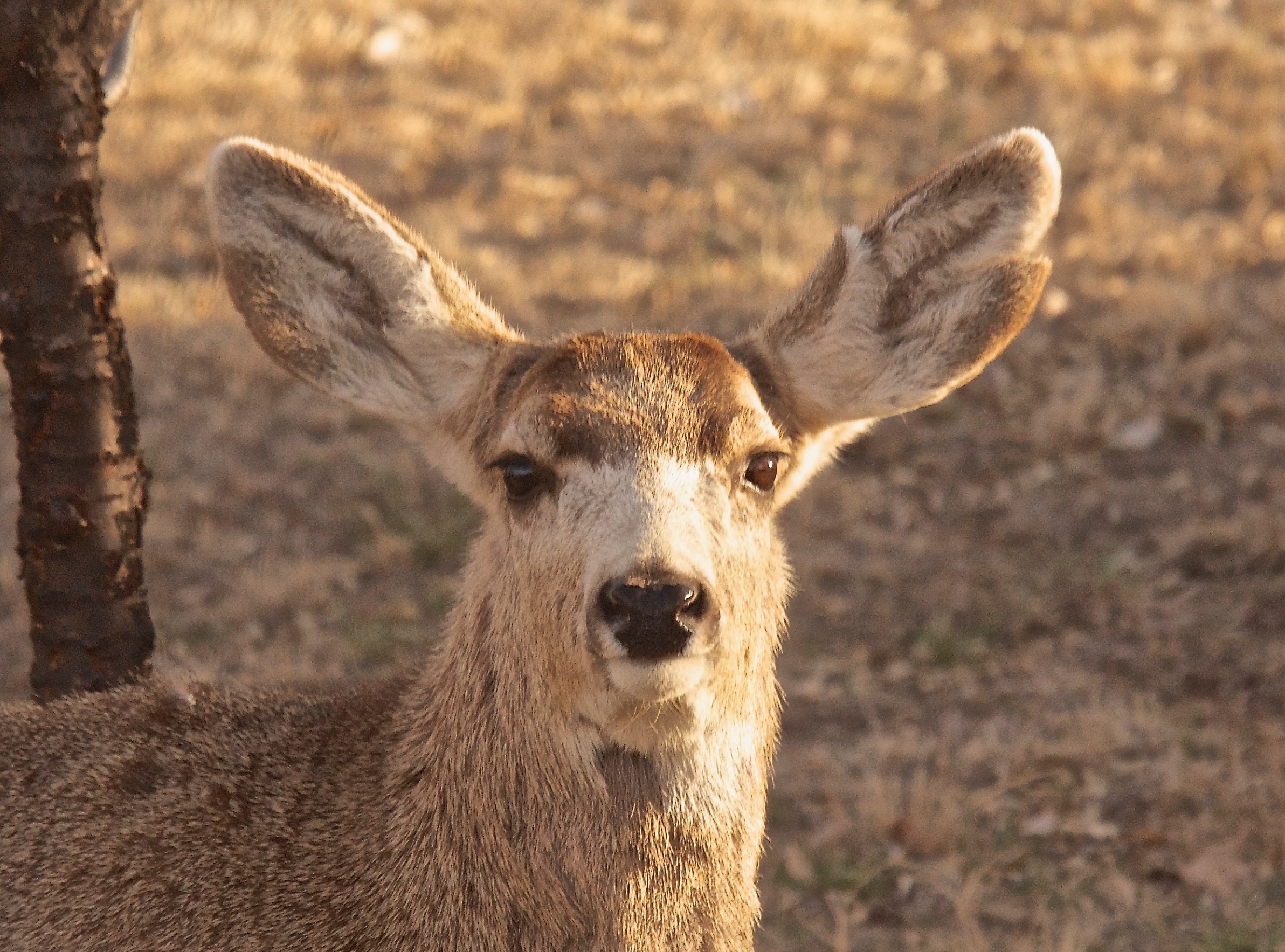 By April sixteenth he is starting to develop buds.  Here he is hanging out with some girls. 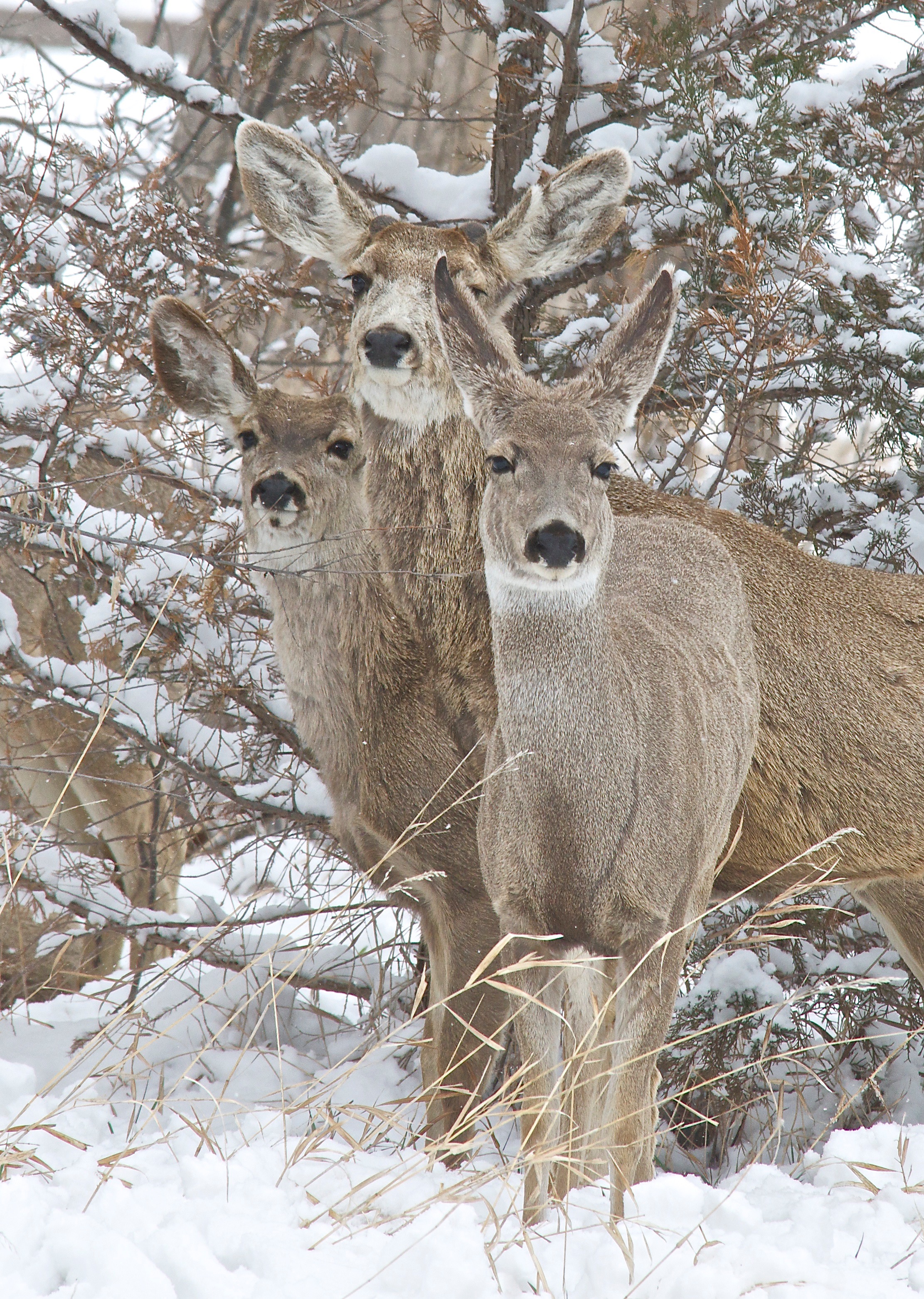 By May Twenty they start to take shape.  Notice that the winter hair on the ears is disappearing as the Summer coat develops. 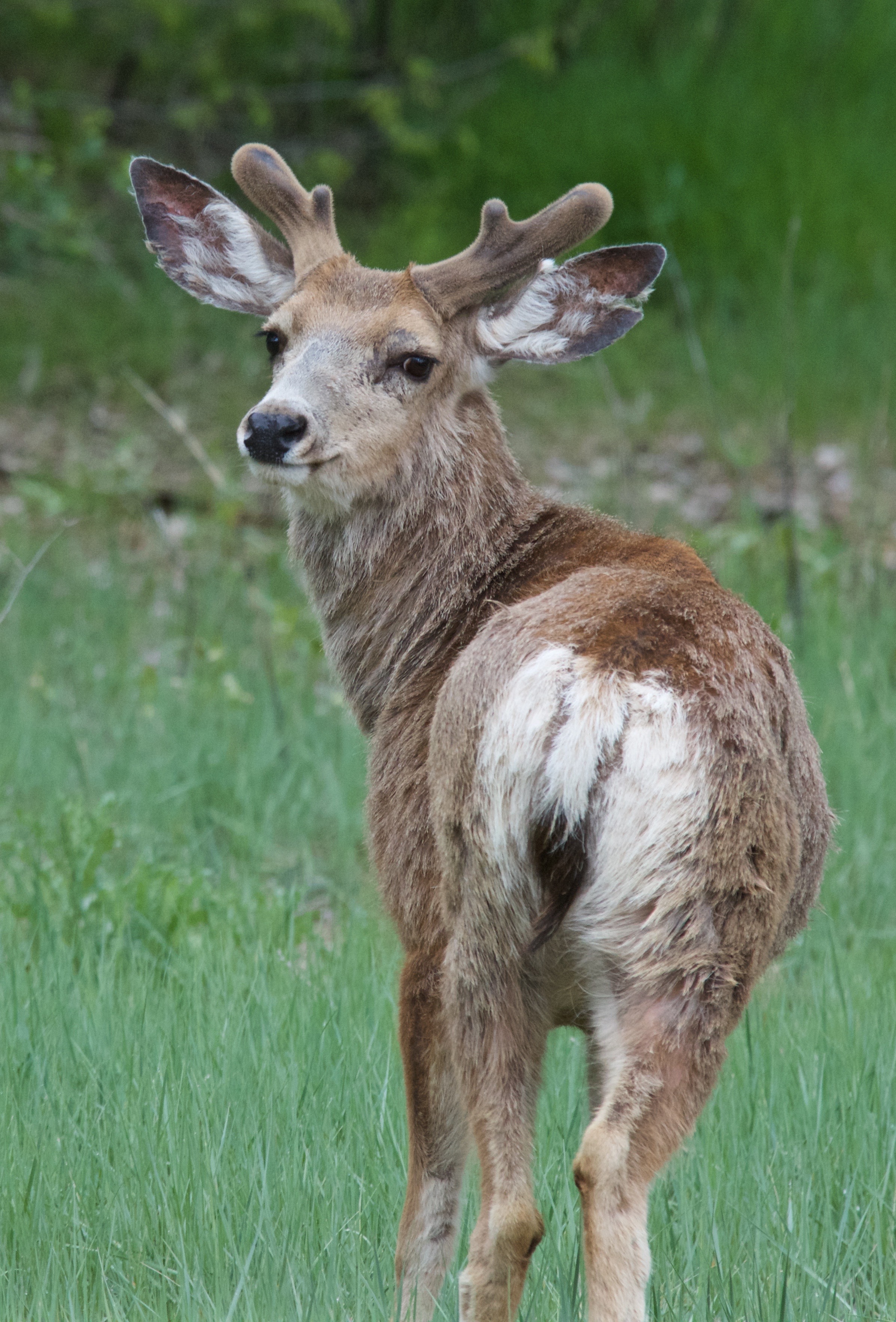 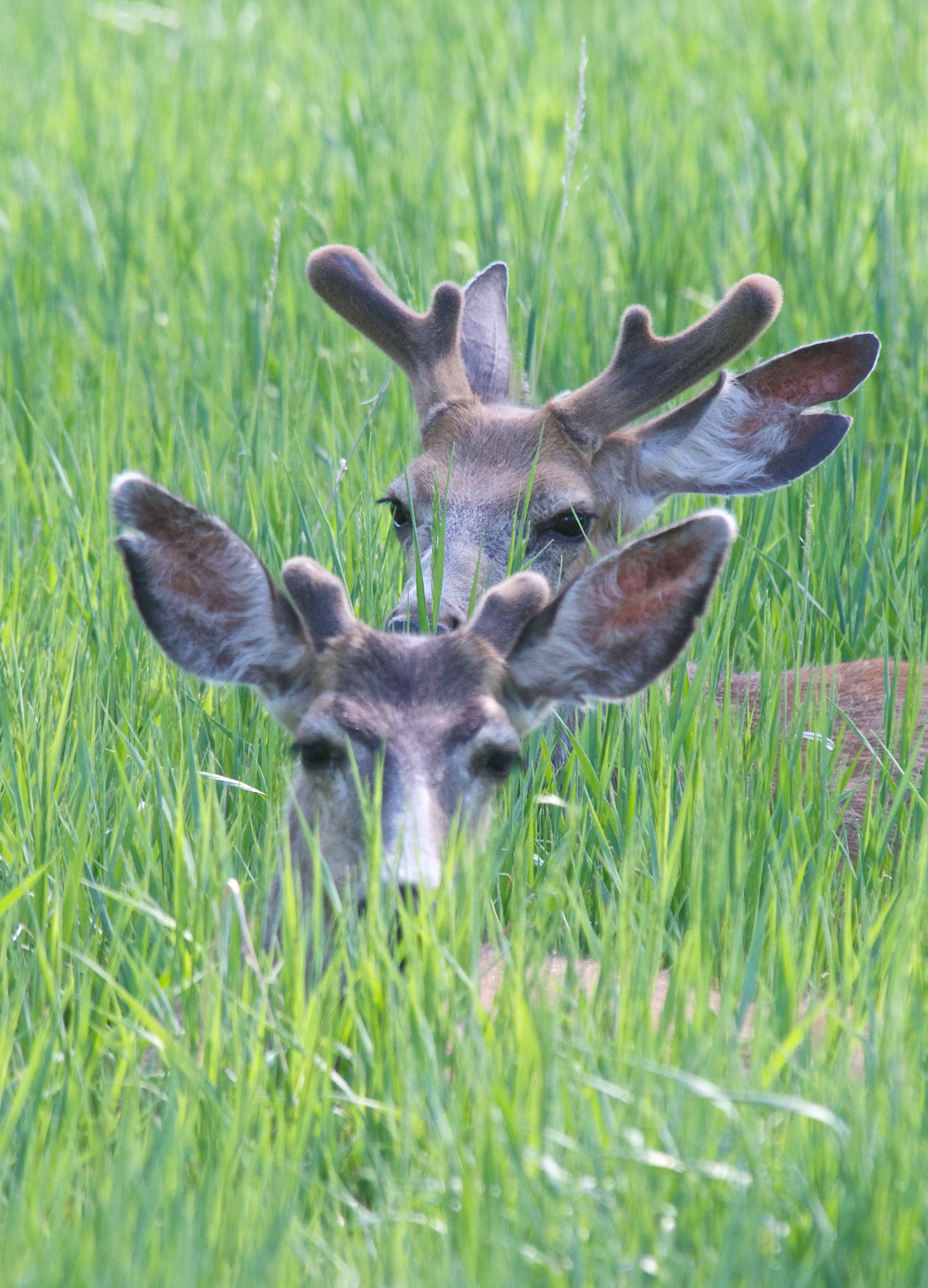 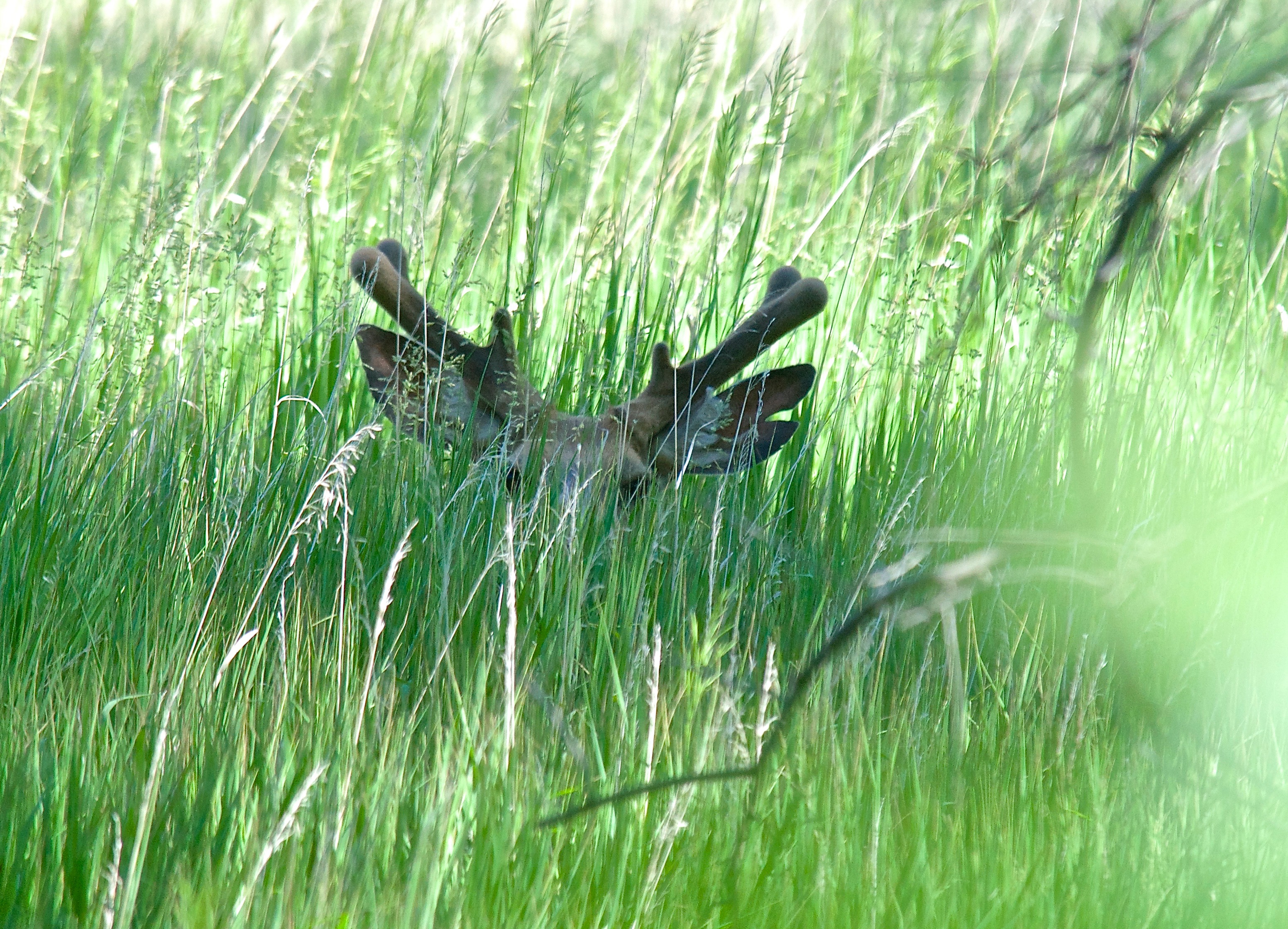 June thirteen.  He has alway been  more red than other bucks and sometimes carries the color well into Fall.  The light is helping here. 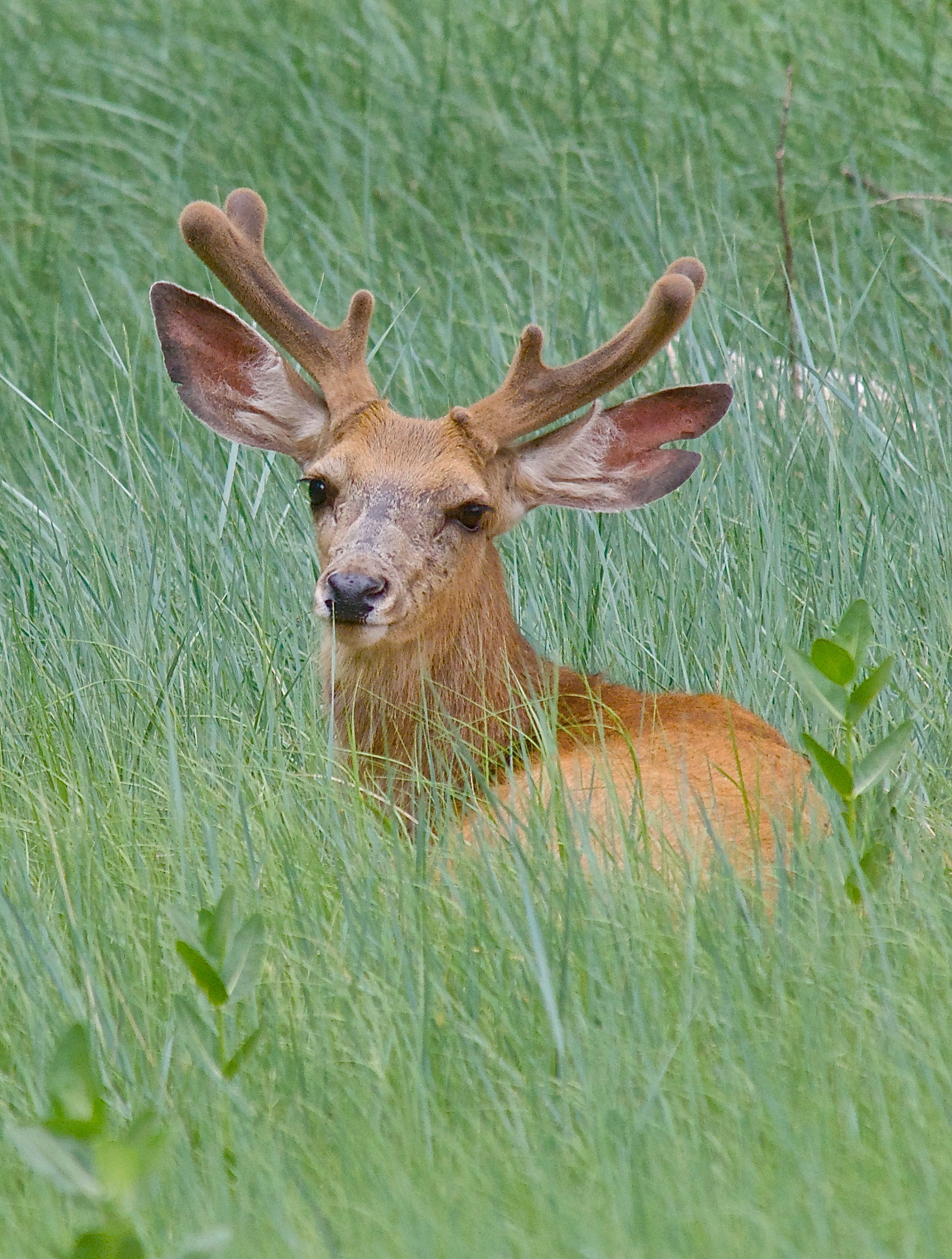 The bucks disappear to their Summer pastures, where I don’t know, and I don’t see them until the next rutting season, starting soon after Halloween and continuing into January.  Here is Split Ear December six after his five month absence.  Looks as if he has been polishing his antlers on something red. 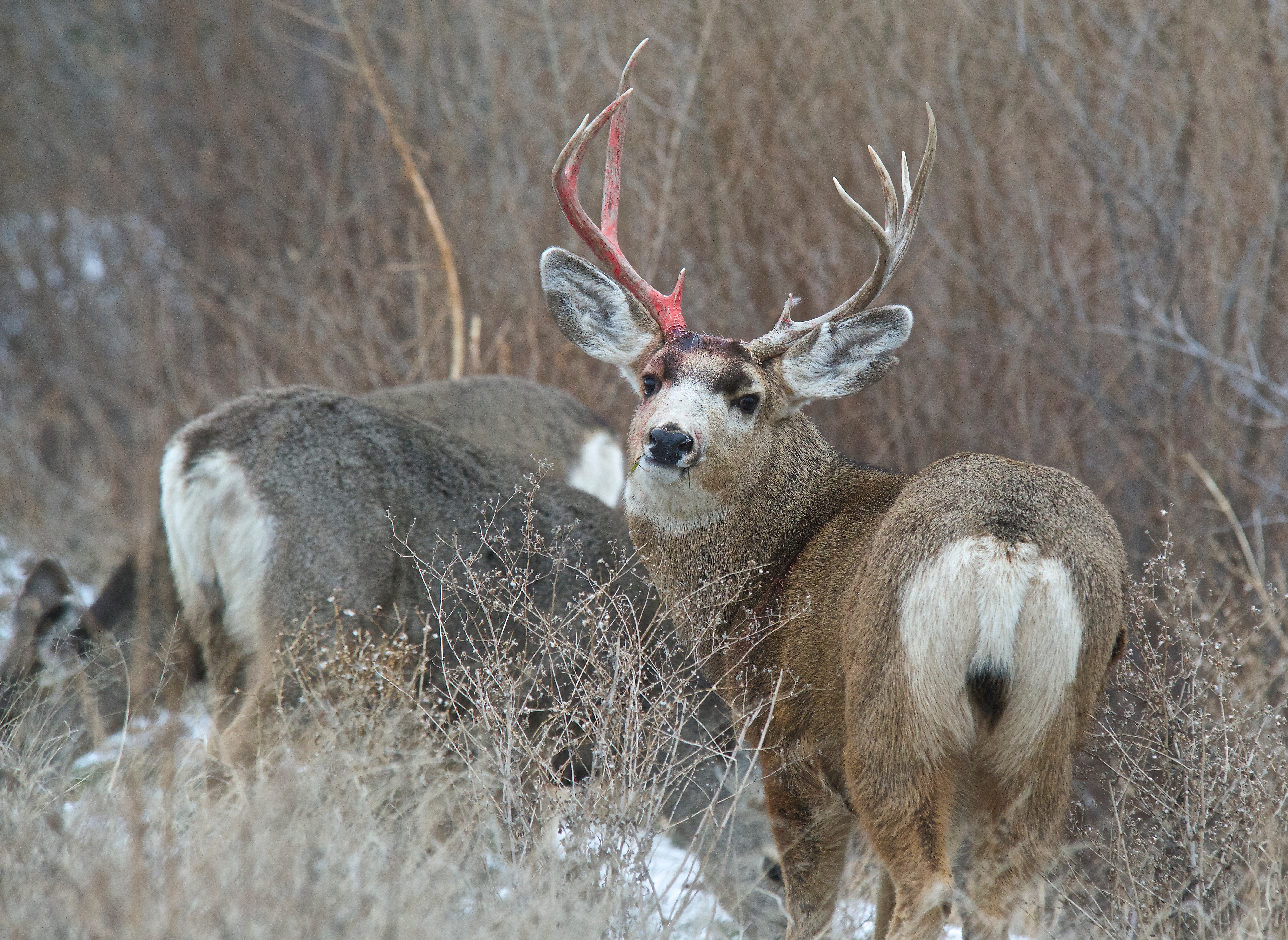 It’s January seventeen and the rut is all but over.  The testosterone levels begin to drop and the antlers will follow shortly.  The older bucks  loose theirs before the younger bucks so for a brief couple of weeks the lesser guys can hold sway. 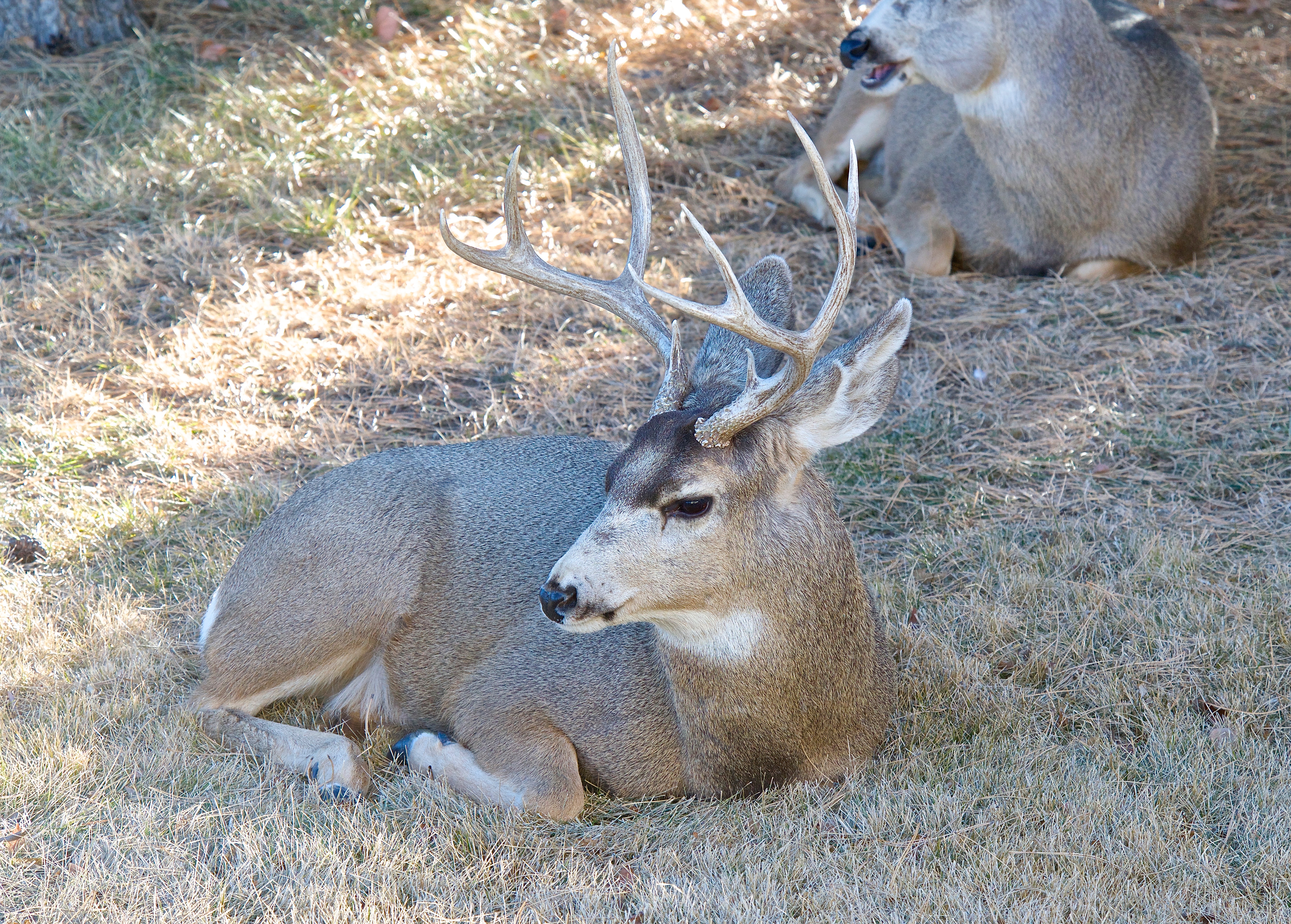 March second and Split Ear is down to a single antler. 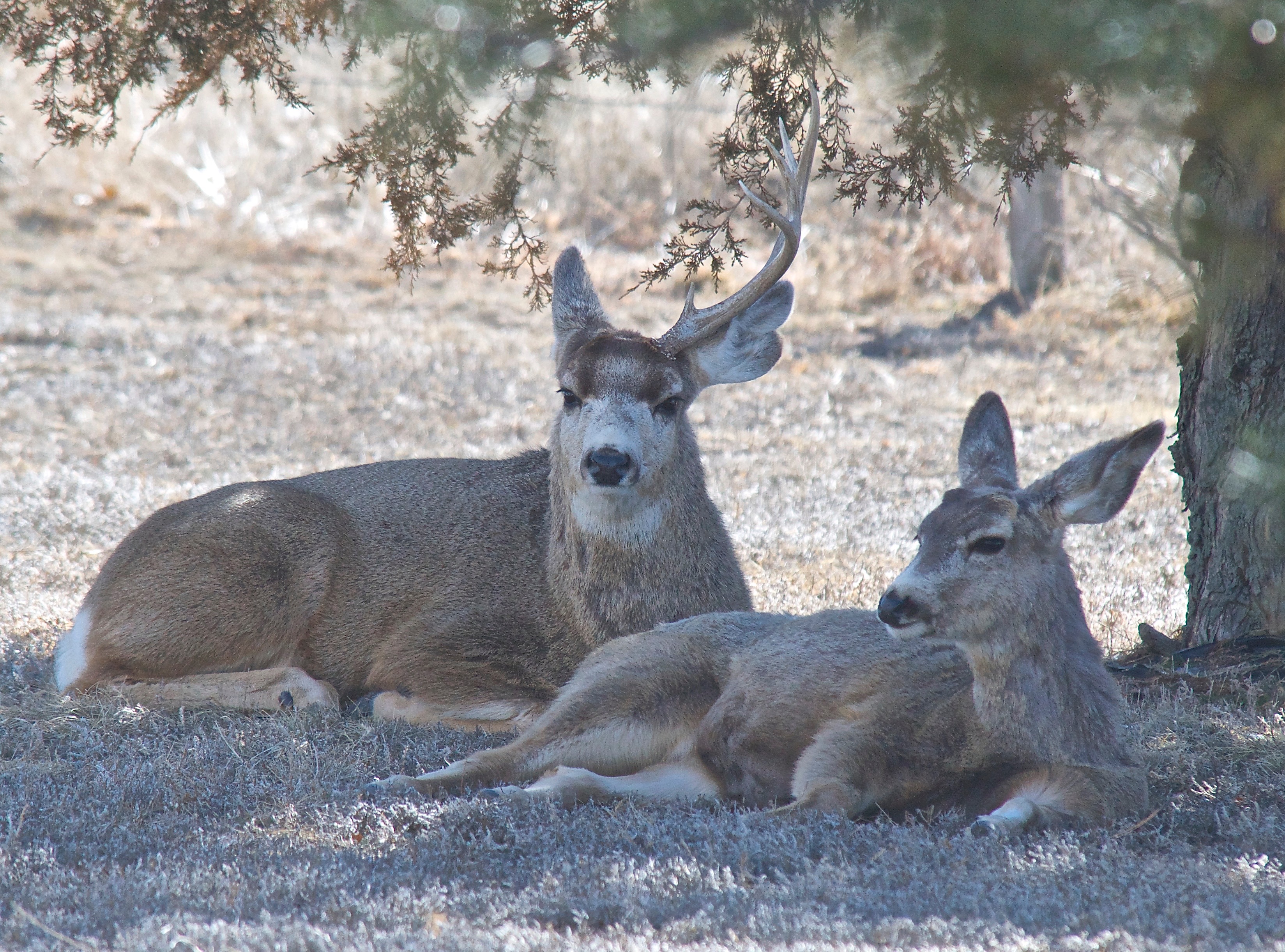 The next day none, and his powerful neck is gone as well. 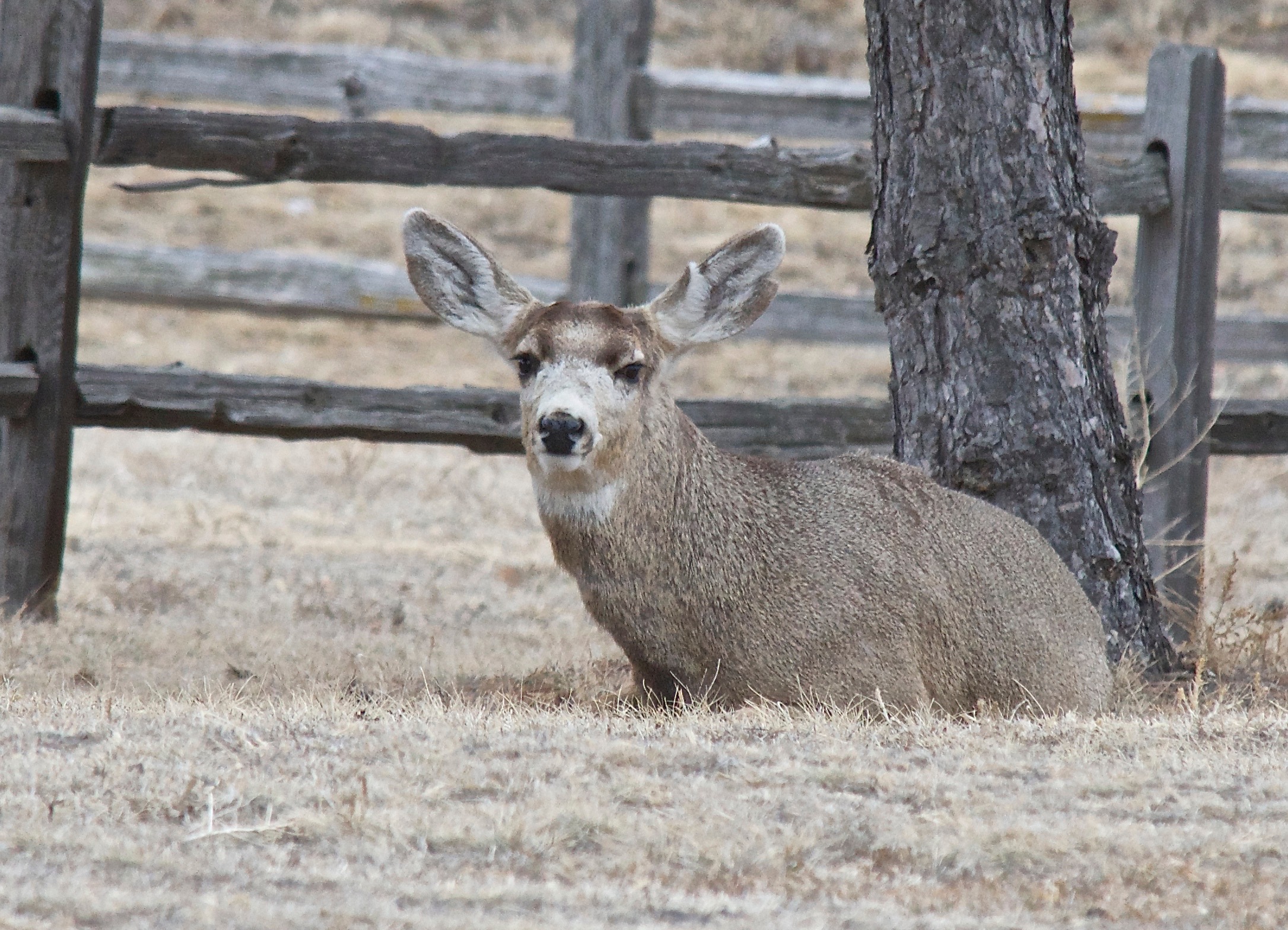 But here he is back for his sixth year.  And look at that neck.  This shot was taken November twenty-seventh.  In three months he will be back to zero.  But what a three months. 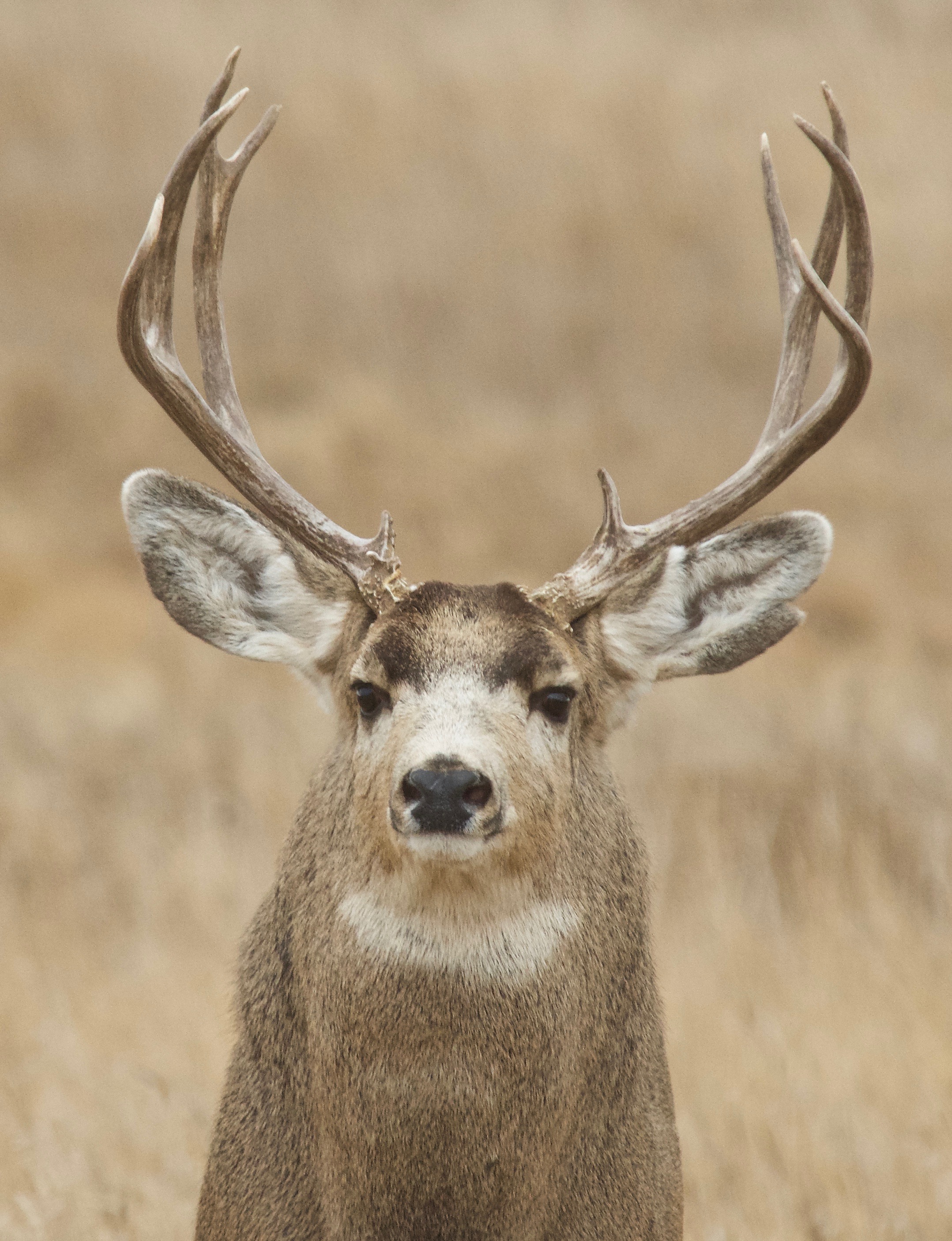