All of the skulls were picked up while walking or salvaged from roadkill.  I would let them weather as much as necessary, clean them  and then soak them in the three-percent hydrogen peroxide available at most grocery or drug stores.  I would then glue them together with a crazy glue and spray with a clear lacquer for preservation.  If they were too discolored, I’d paint them white first.

Below, a coyote.  I found the dead coyote in the root-left hollow of a wind-toppled tree.  I covered it with debris to discourage scavengers and checked on it regularly before taking the skull about three months later.  Opossums like to eat bones as does the occasional fox squirrel.  The squirrel surprised me.  I learned of their taste after noting that something had been gnawing on antlers and skulls on my backyard work bench.  I placed a trail camera to record the culprit when it arrived, and it was a squirrel, a very persistent one.  It would try to drag jaw bones to its distant nest. 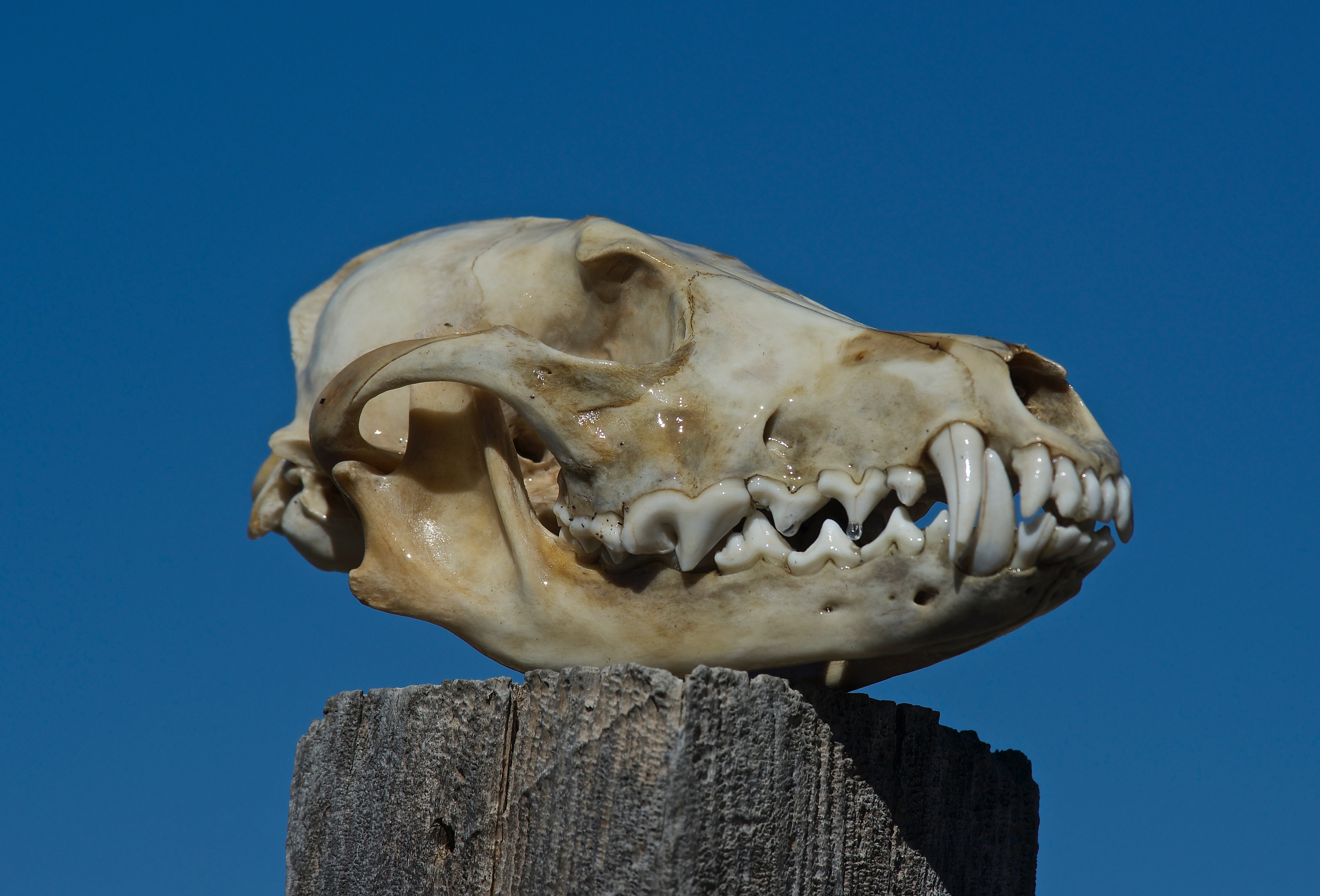 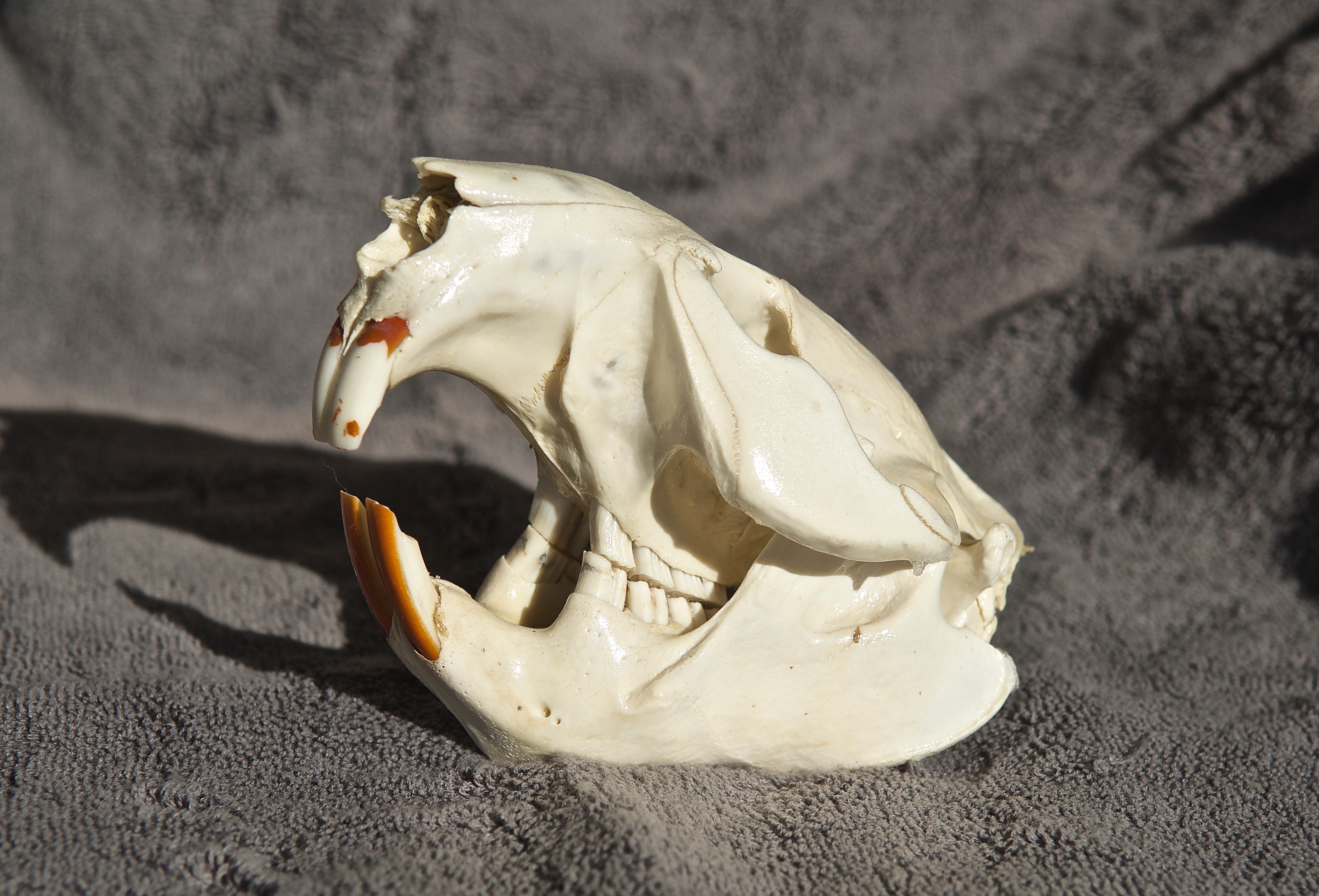 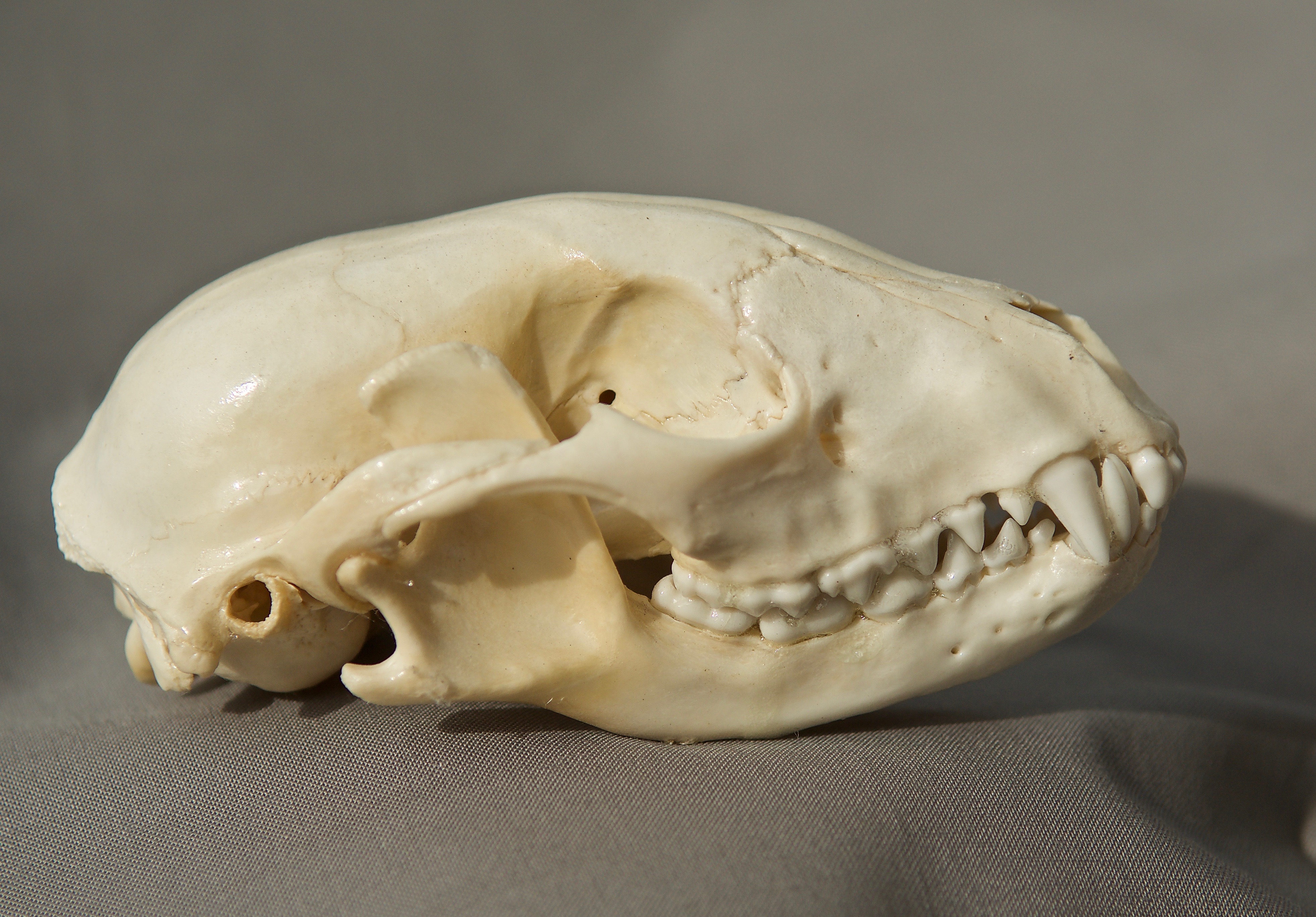 O’Possum.  Note the ridge on top. 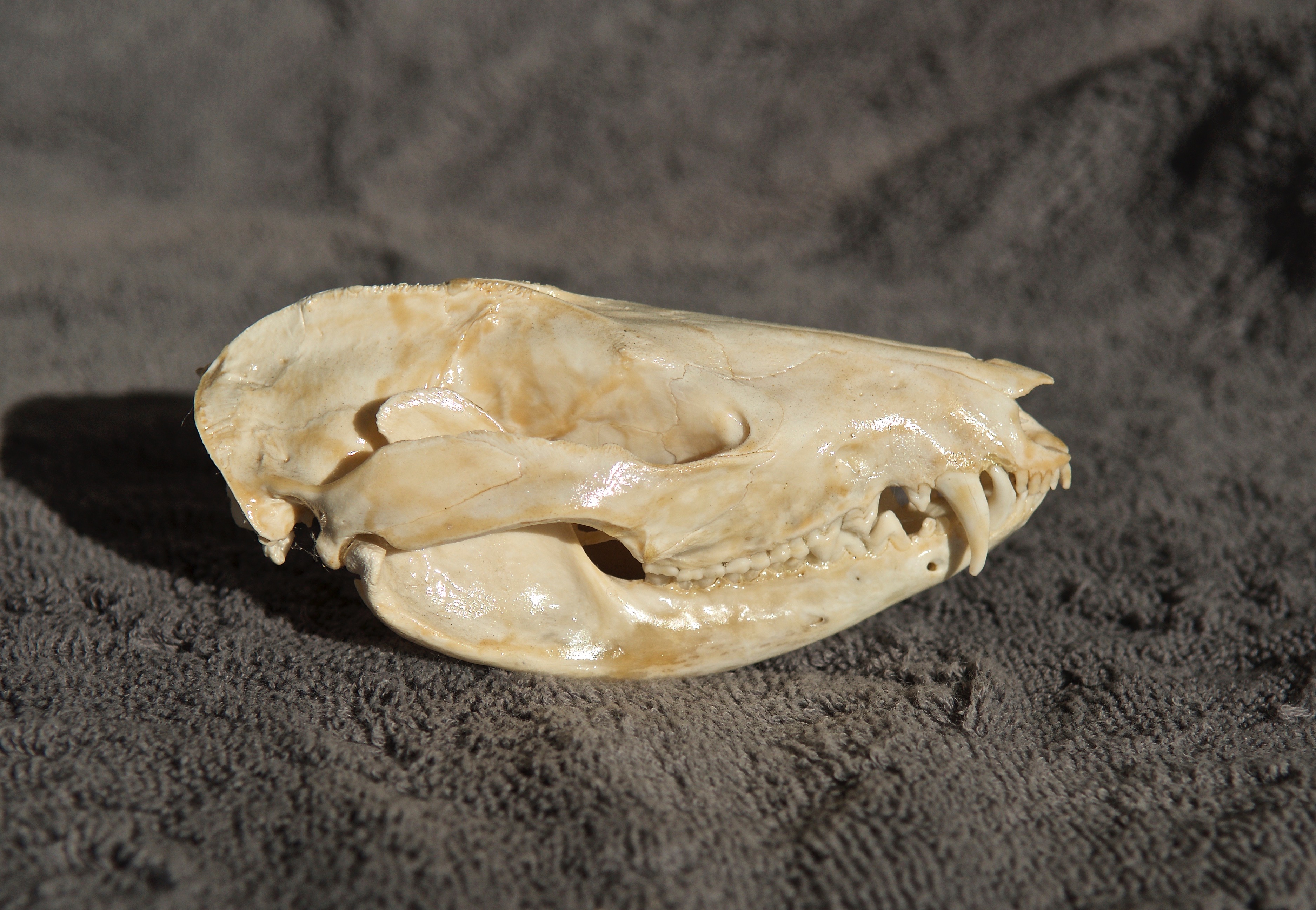 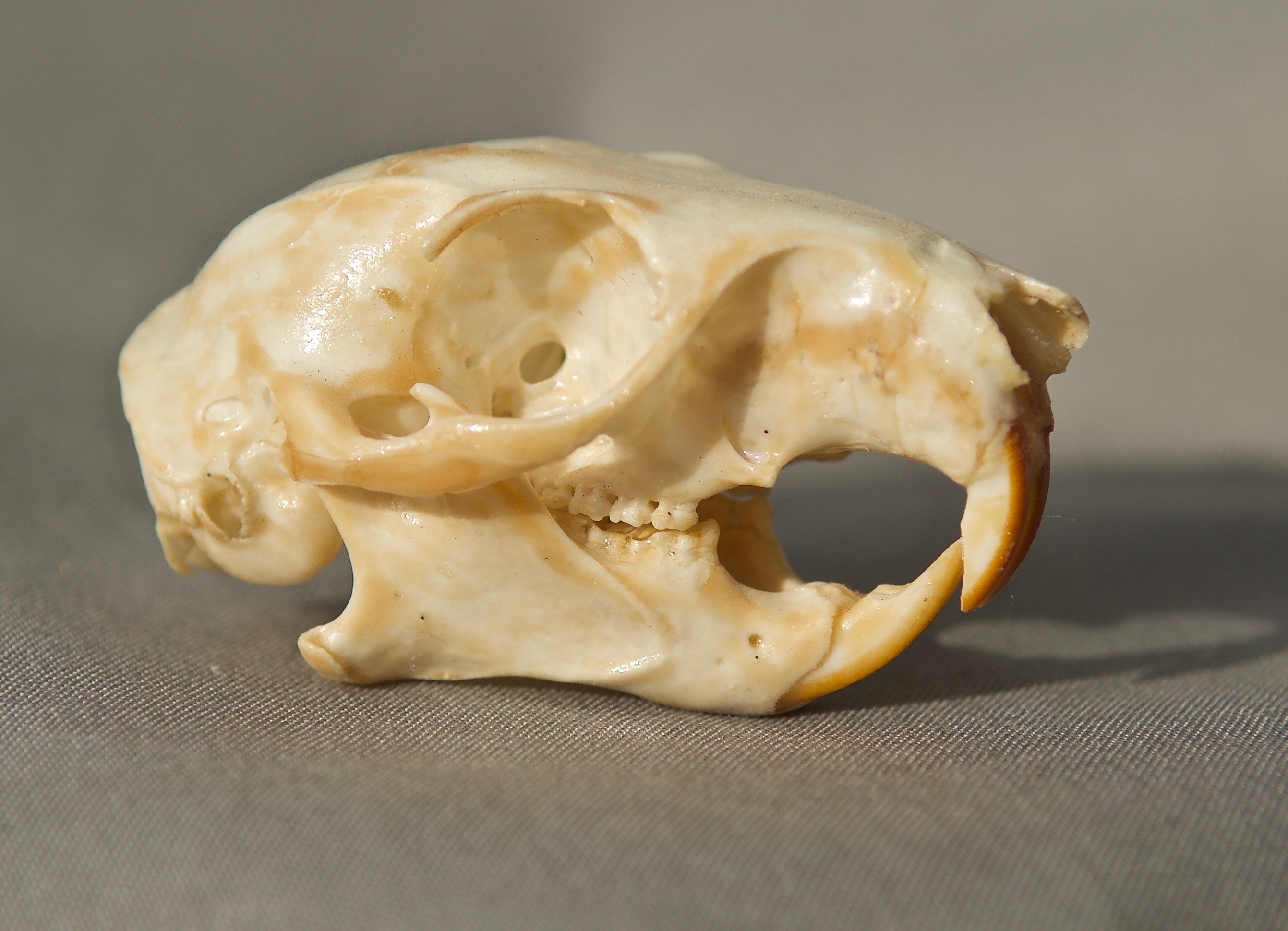 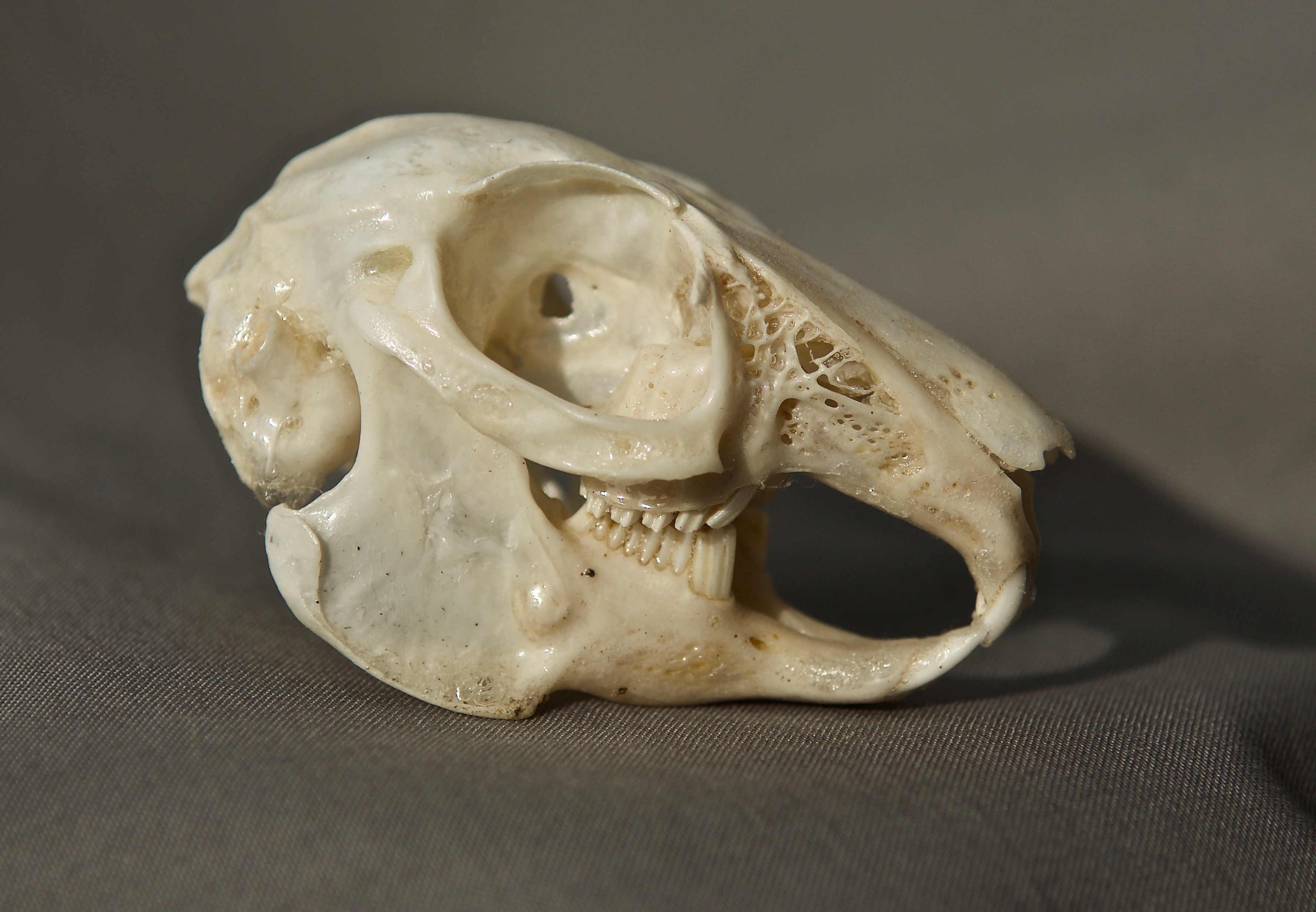 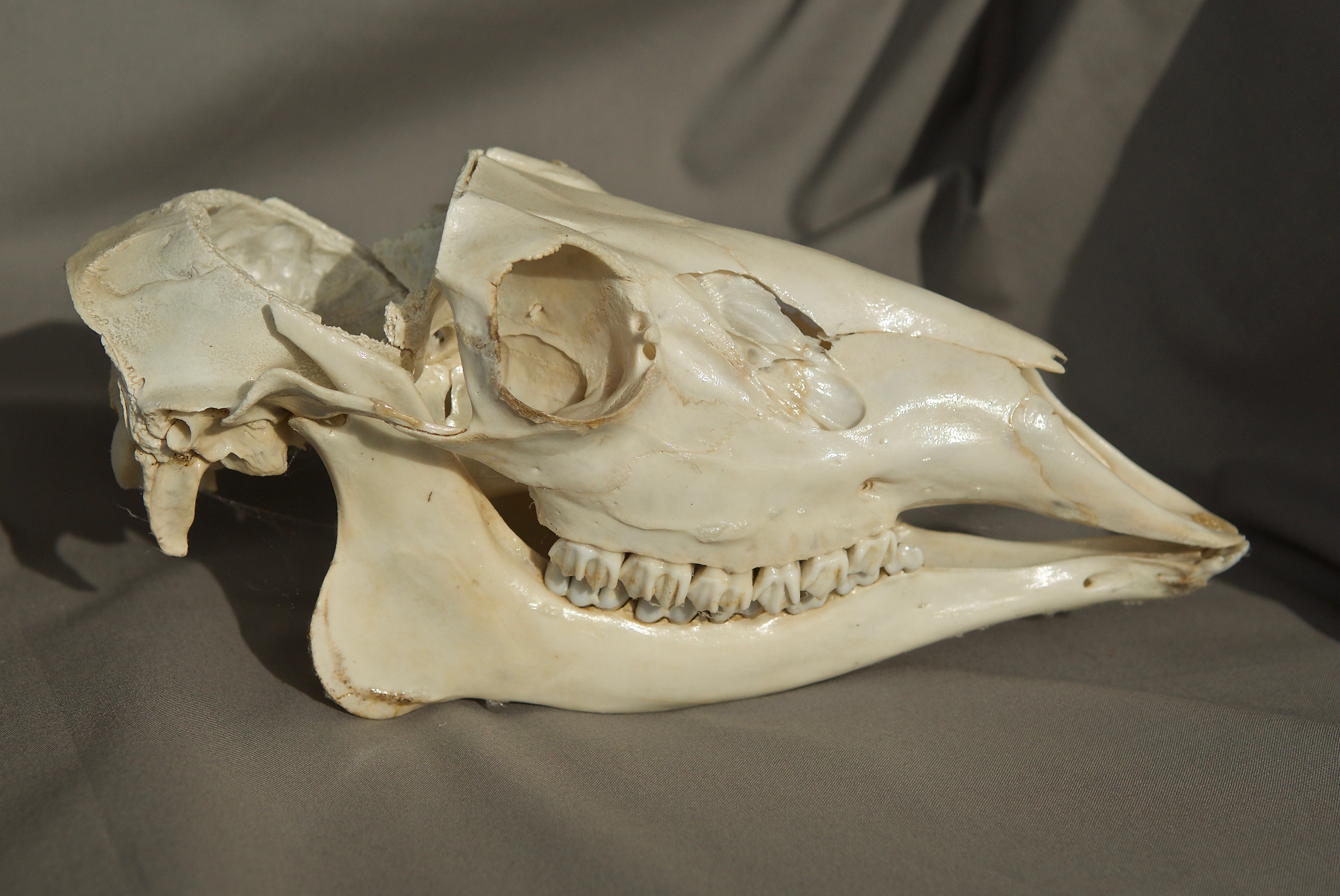 This animal died after its antlers had dropped naturally, probably after the first of March.  This is a weak time for deer. 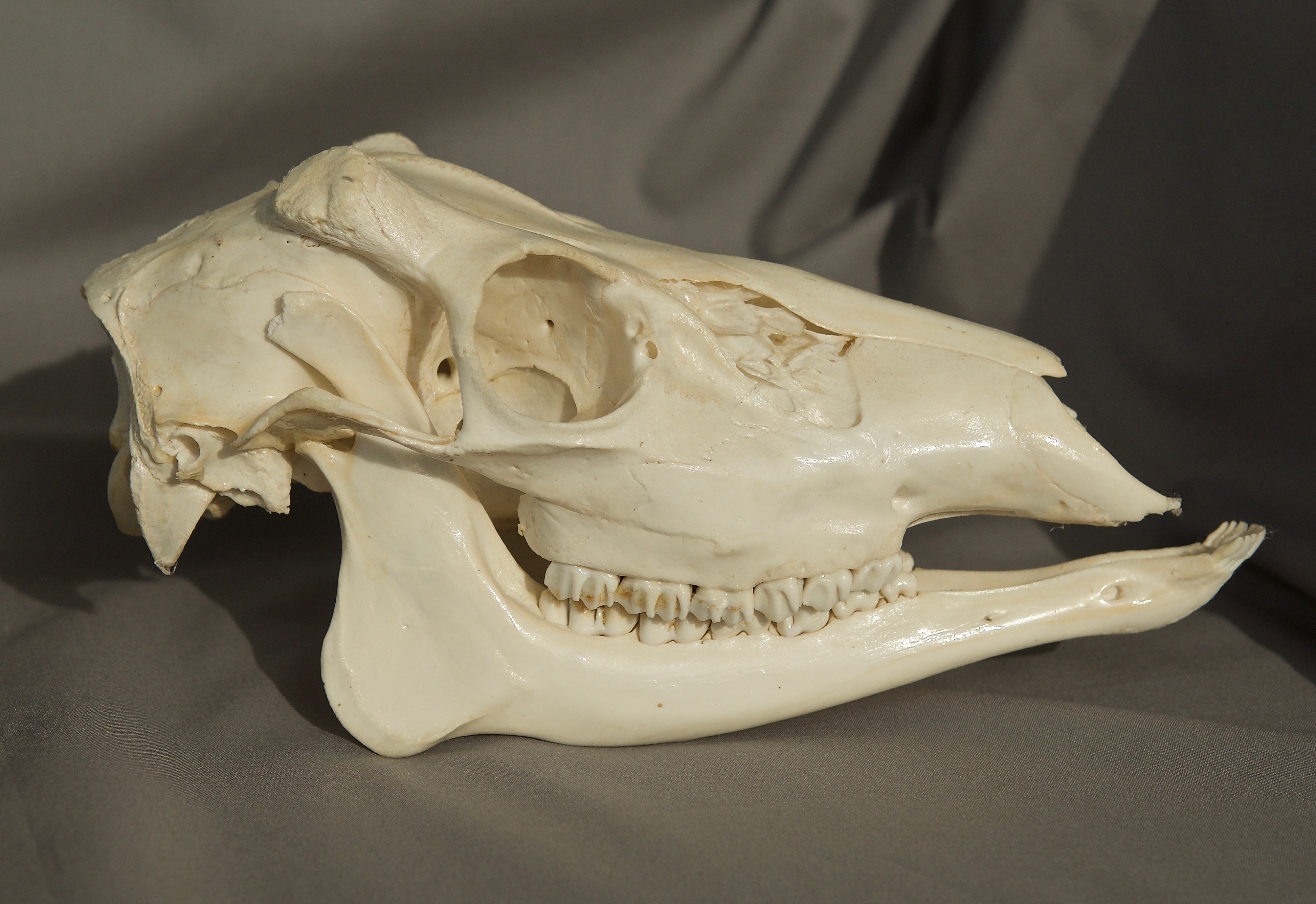 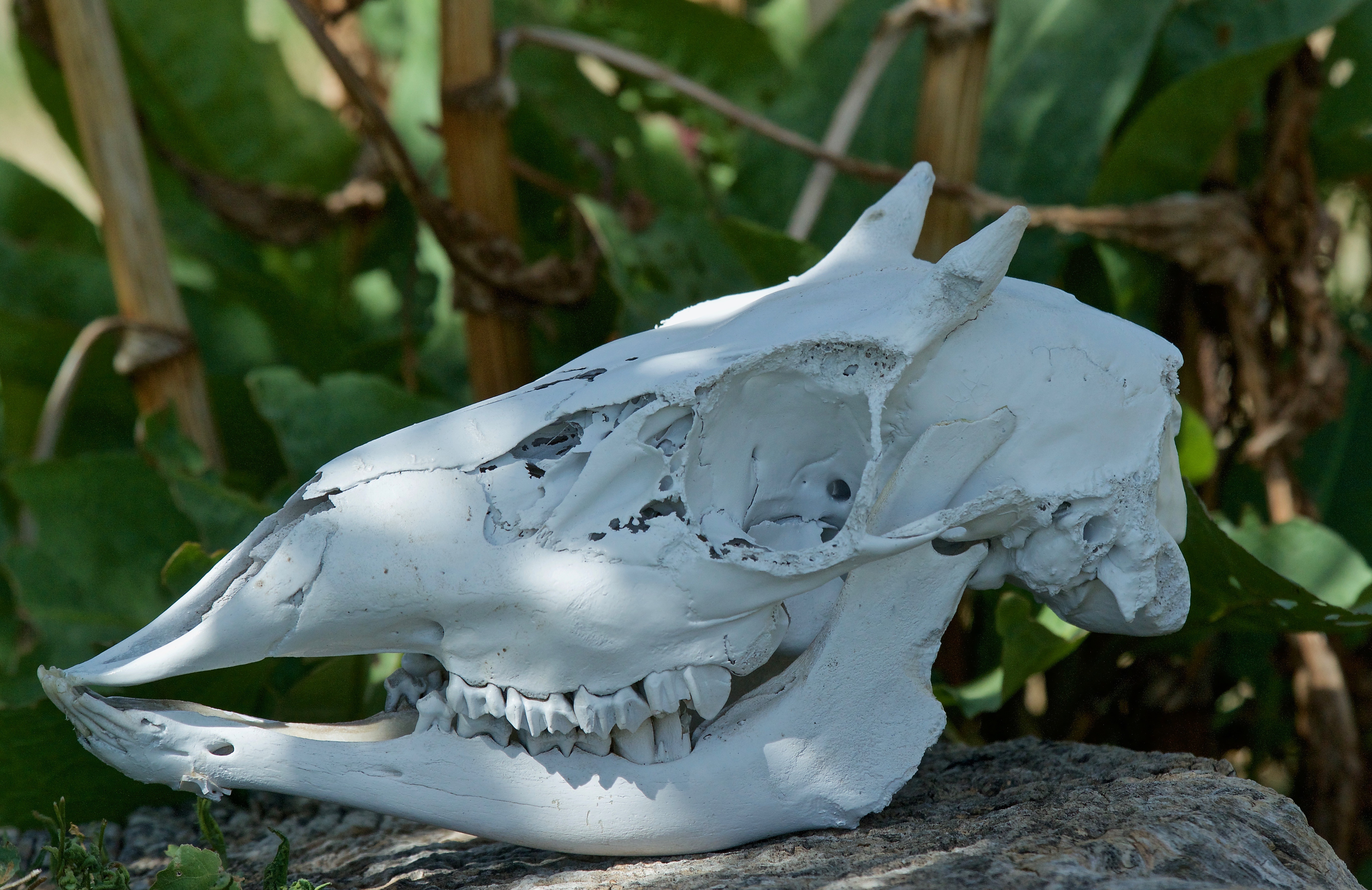 Pronghorns do not have antlers.  Each year, on both sexes, a keratinous sheath grows from and around the points projecting from the skull and is seasonally discarded.  According to Wikipedia, one of the closest relatives to the Pronghorn is the African Giraffe.