The bandits in our backyards.  The first decent picture of a raccoon I took was at the river following a flood.  This young one came along–in the daylight–obviously displaced and looking for shelter.  Though quite young it already had a split ear. 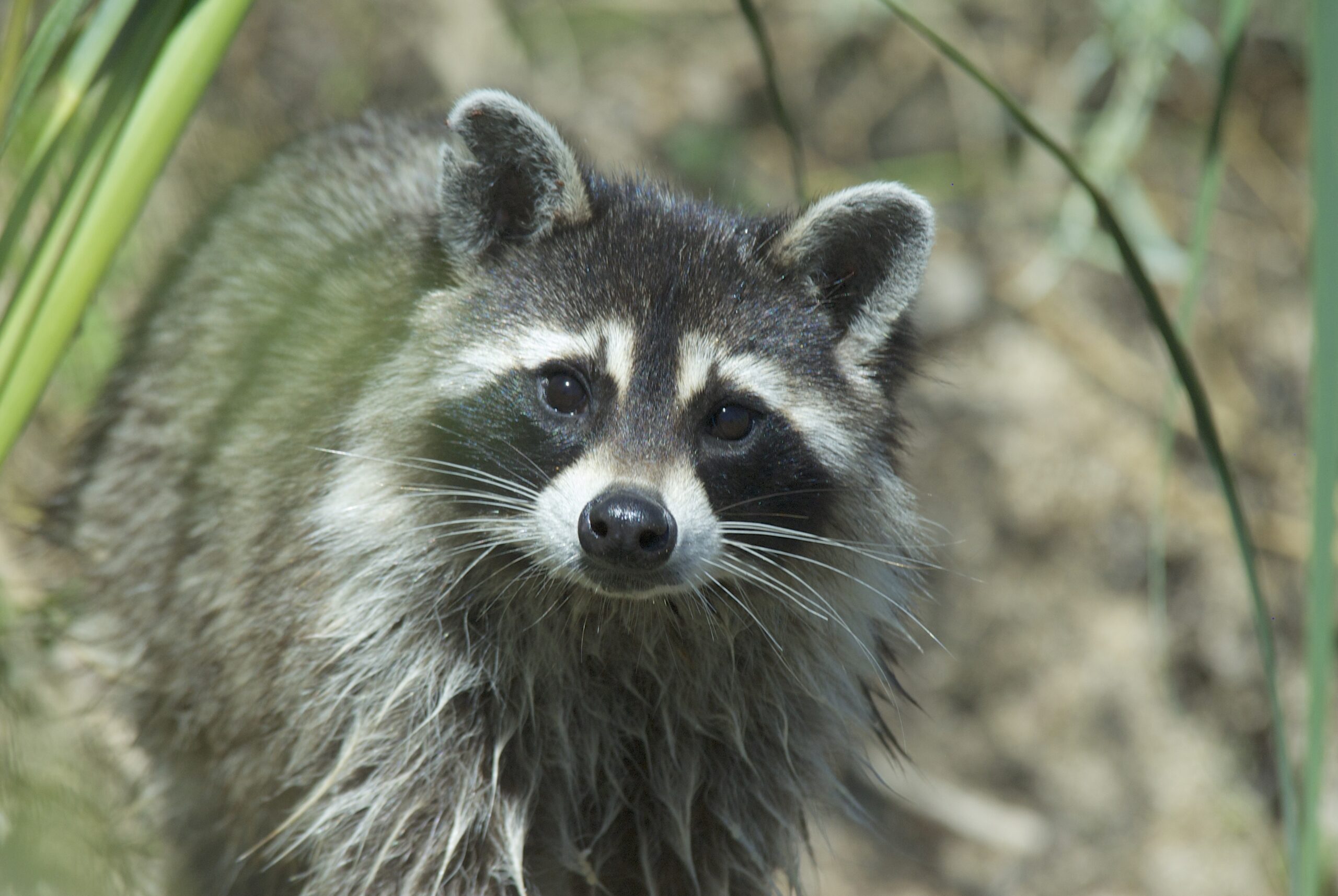 Often in the Spring I find young raccoons sleeping in the trees. 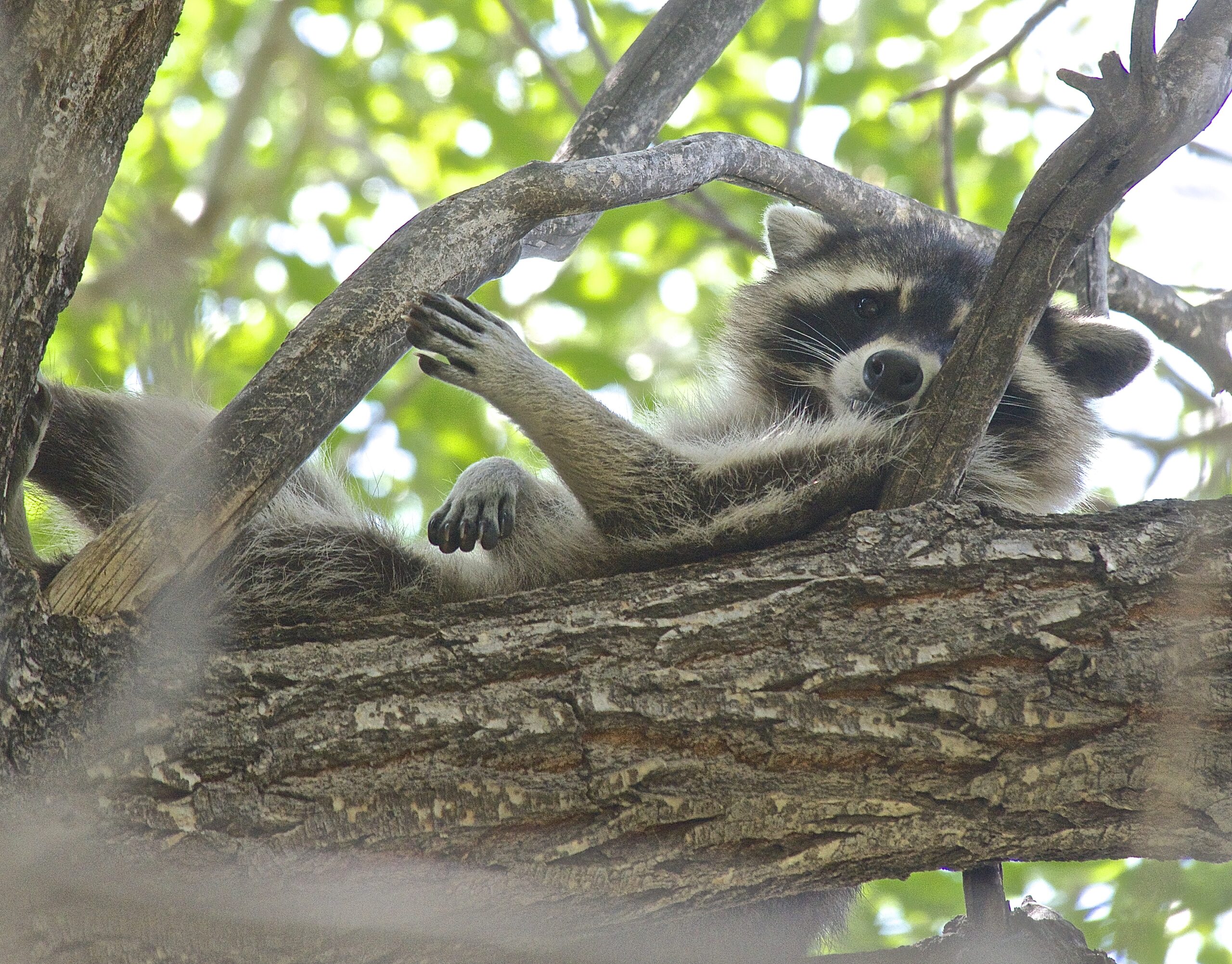 An irrigation ditch runs eight to nine months a year behind my house and at least one family of  raccoons lives on the other side.  I set up a stage for them and add some peanut butter.  Opossums also live in the neighborhood and they, too, like peanut butter. 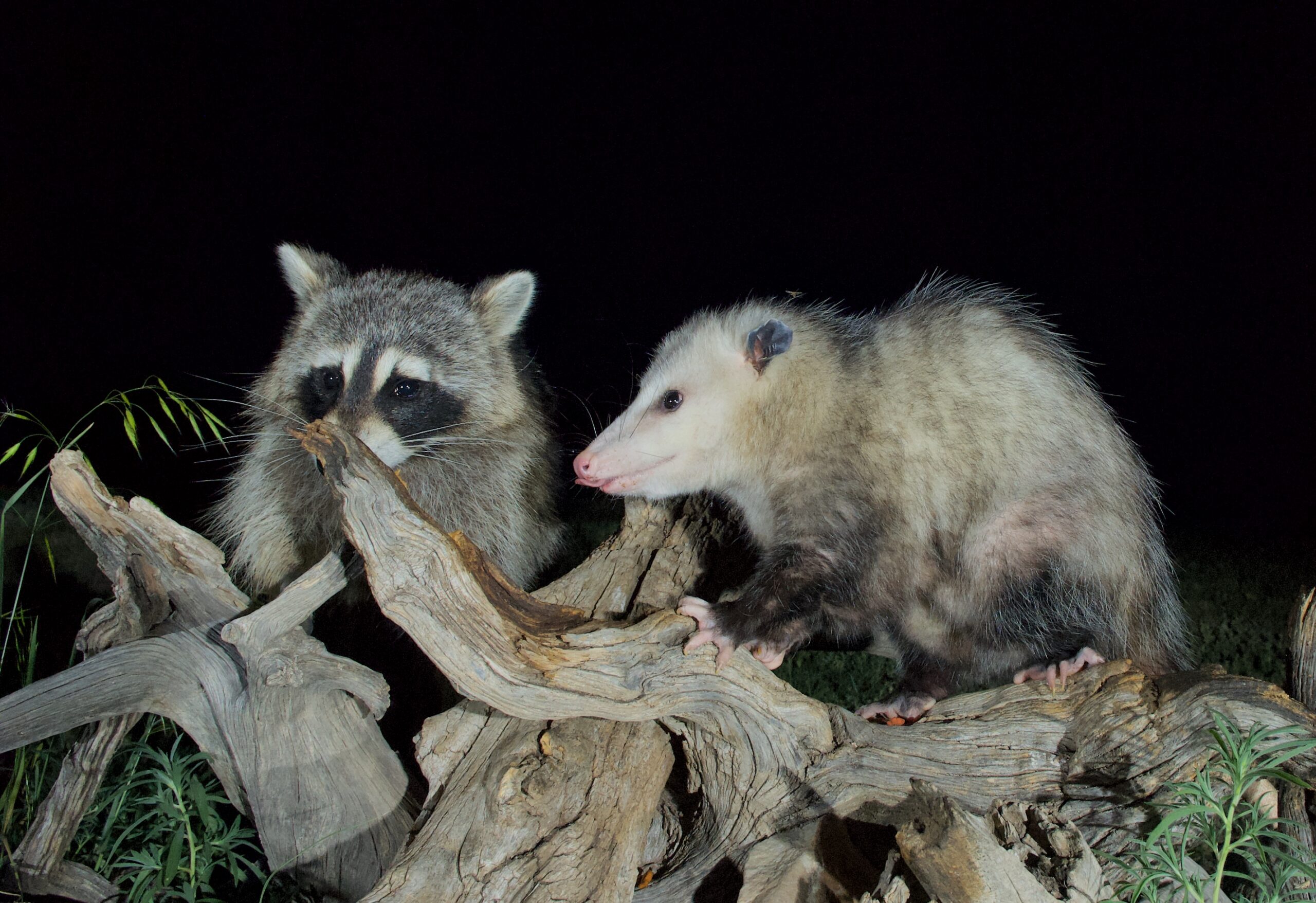 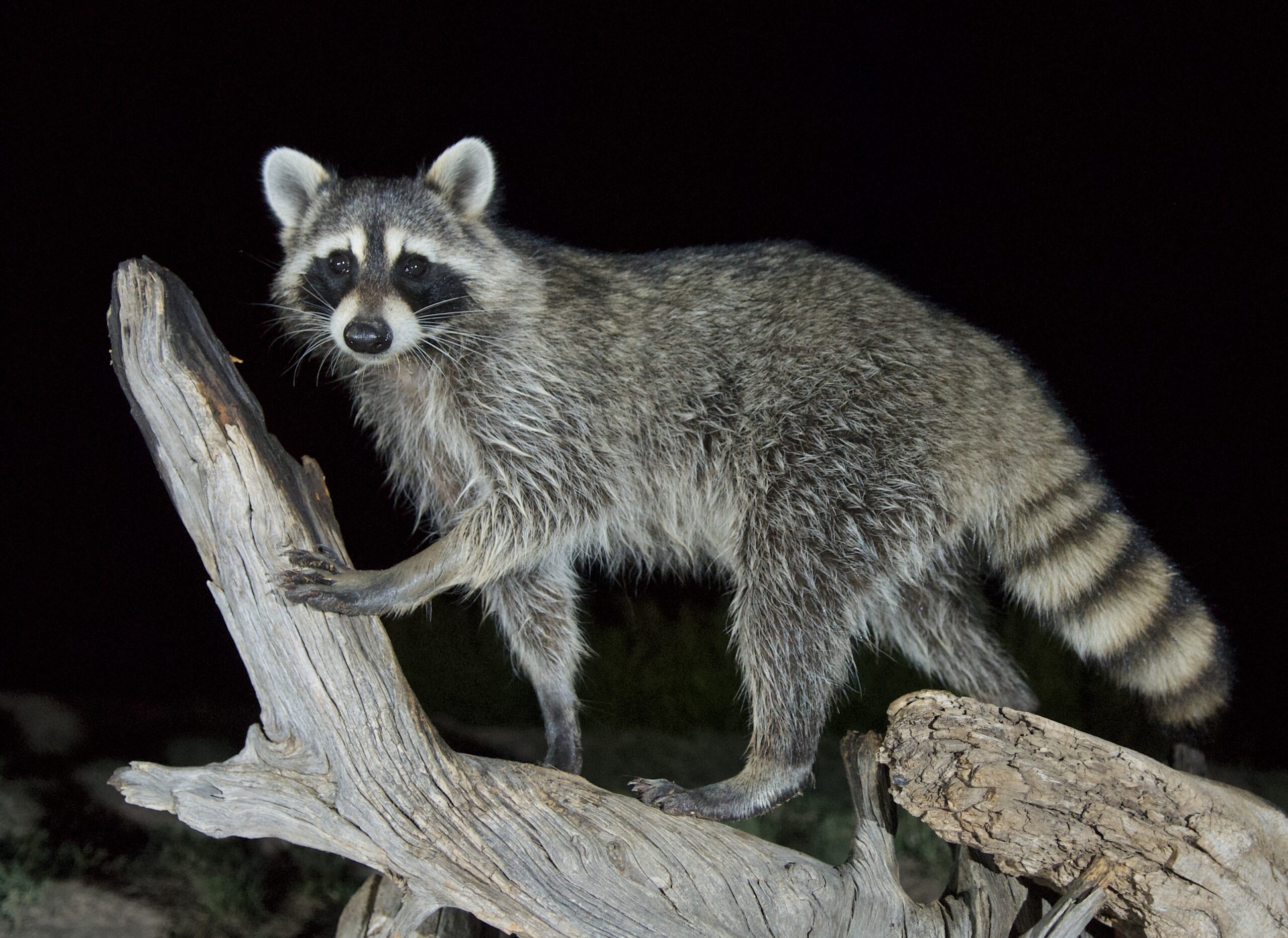 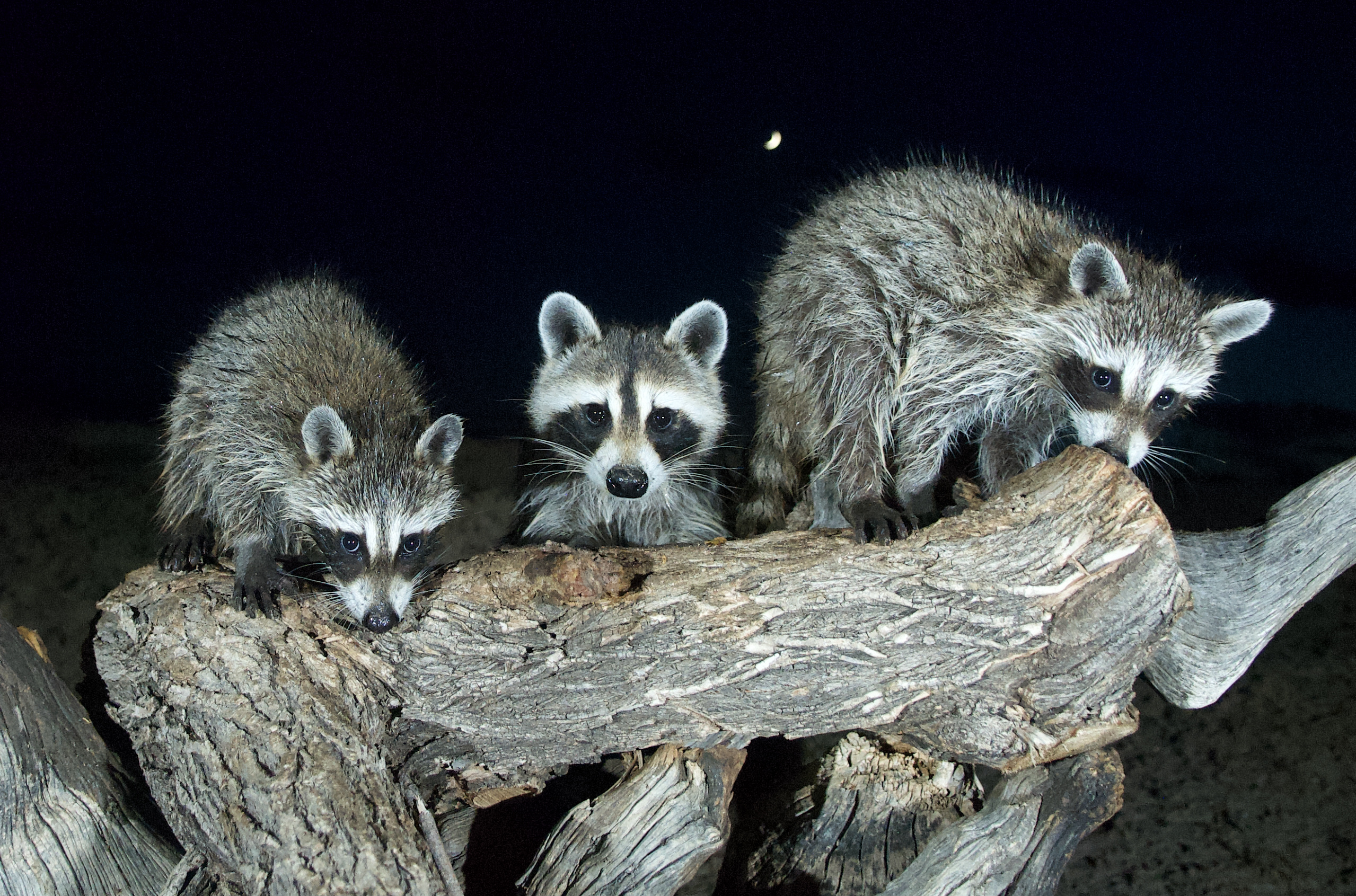 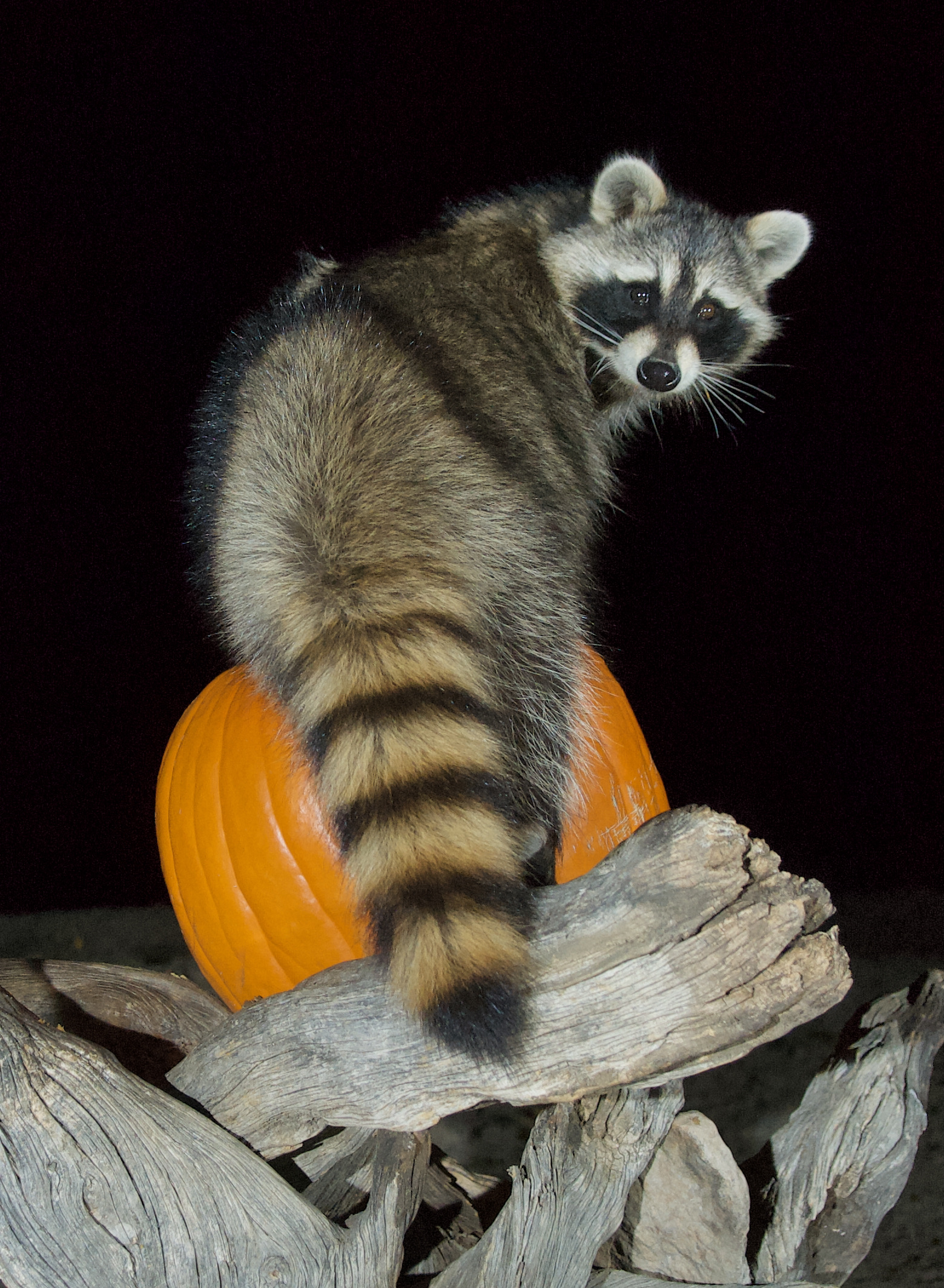 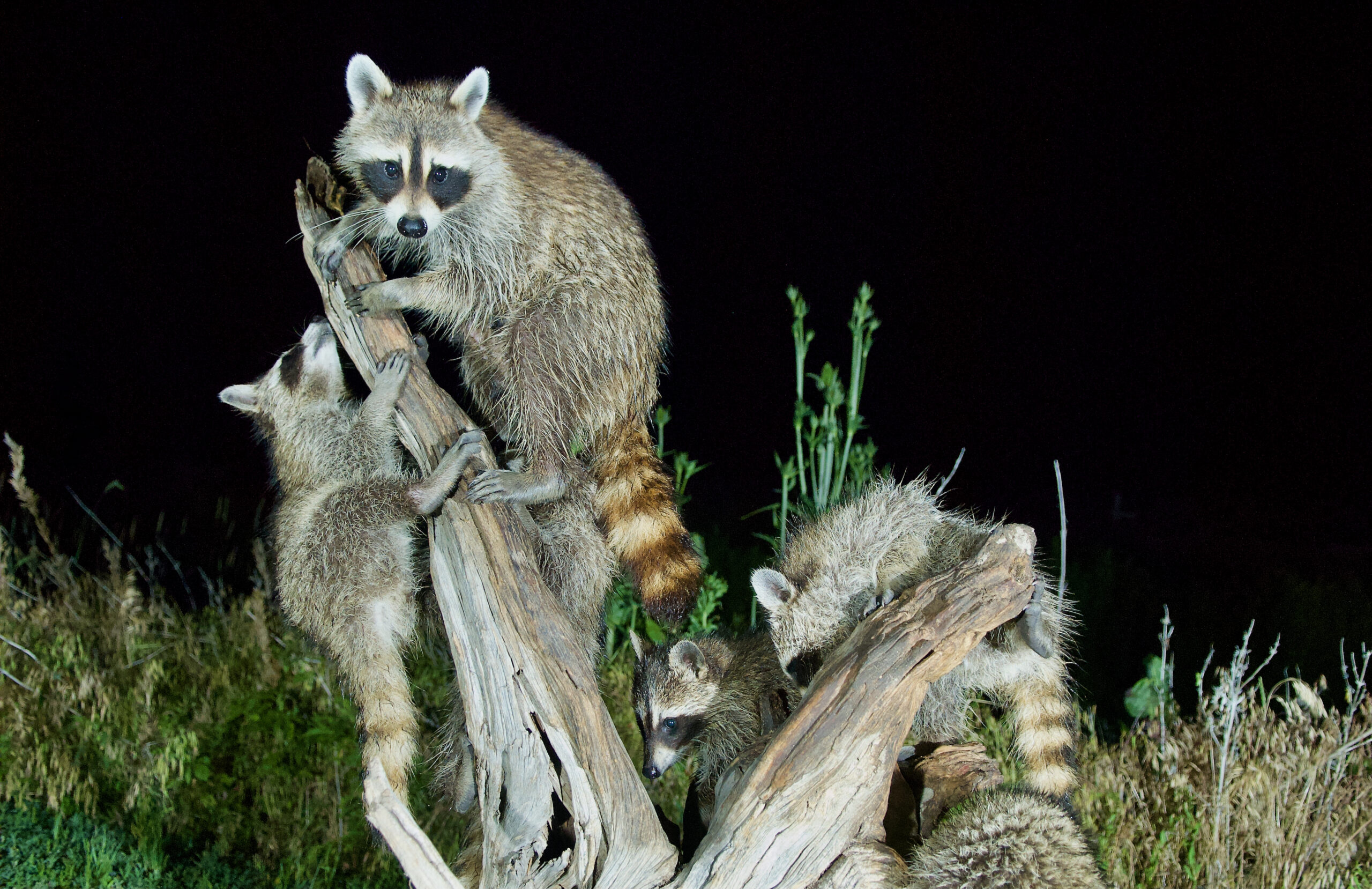 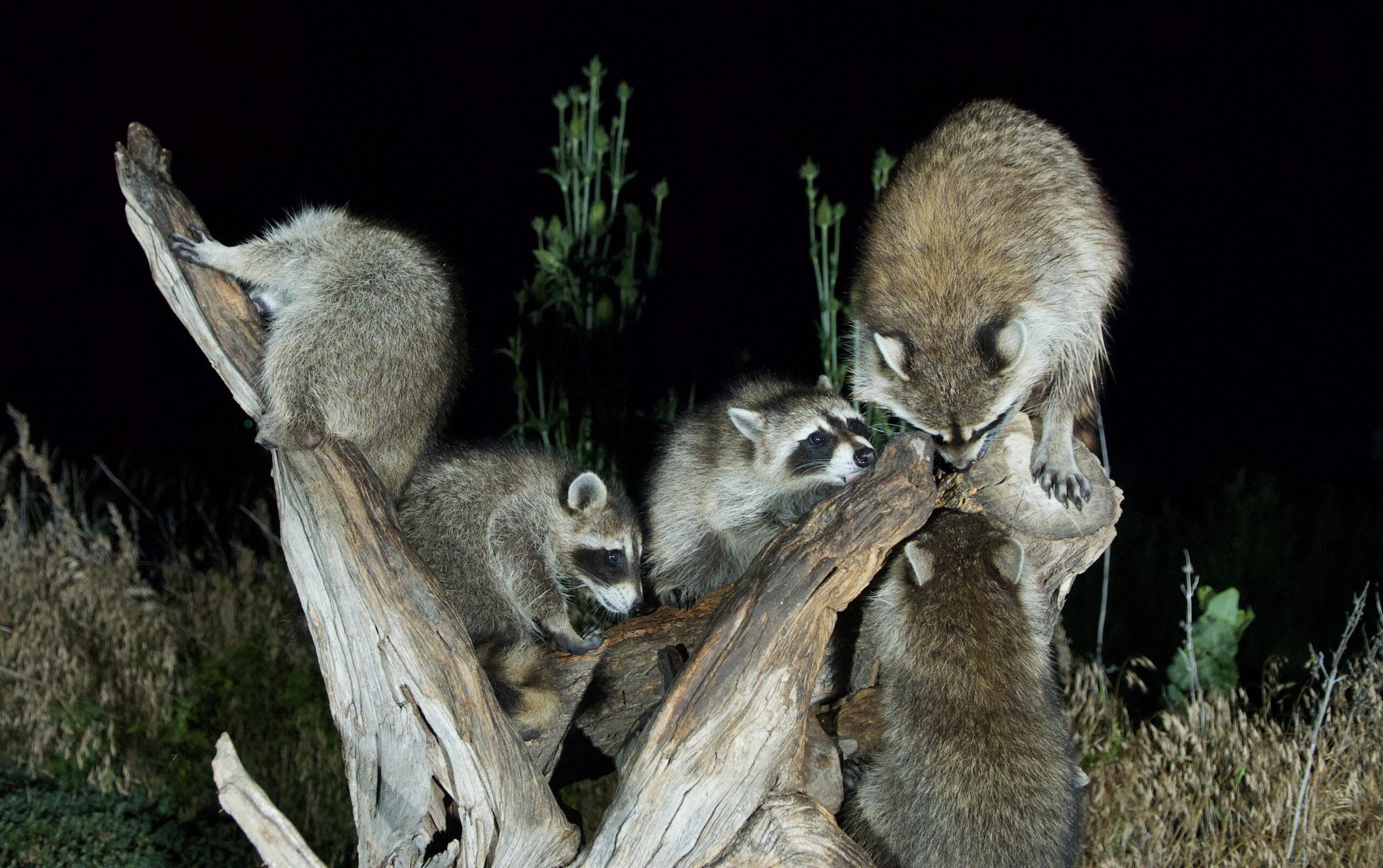 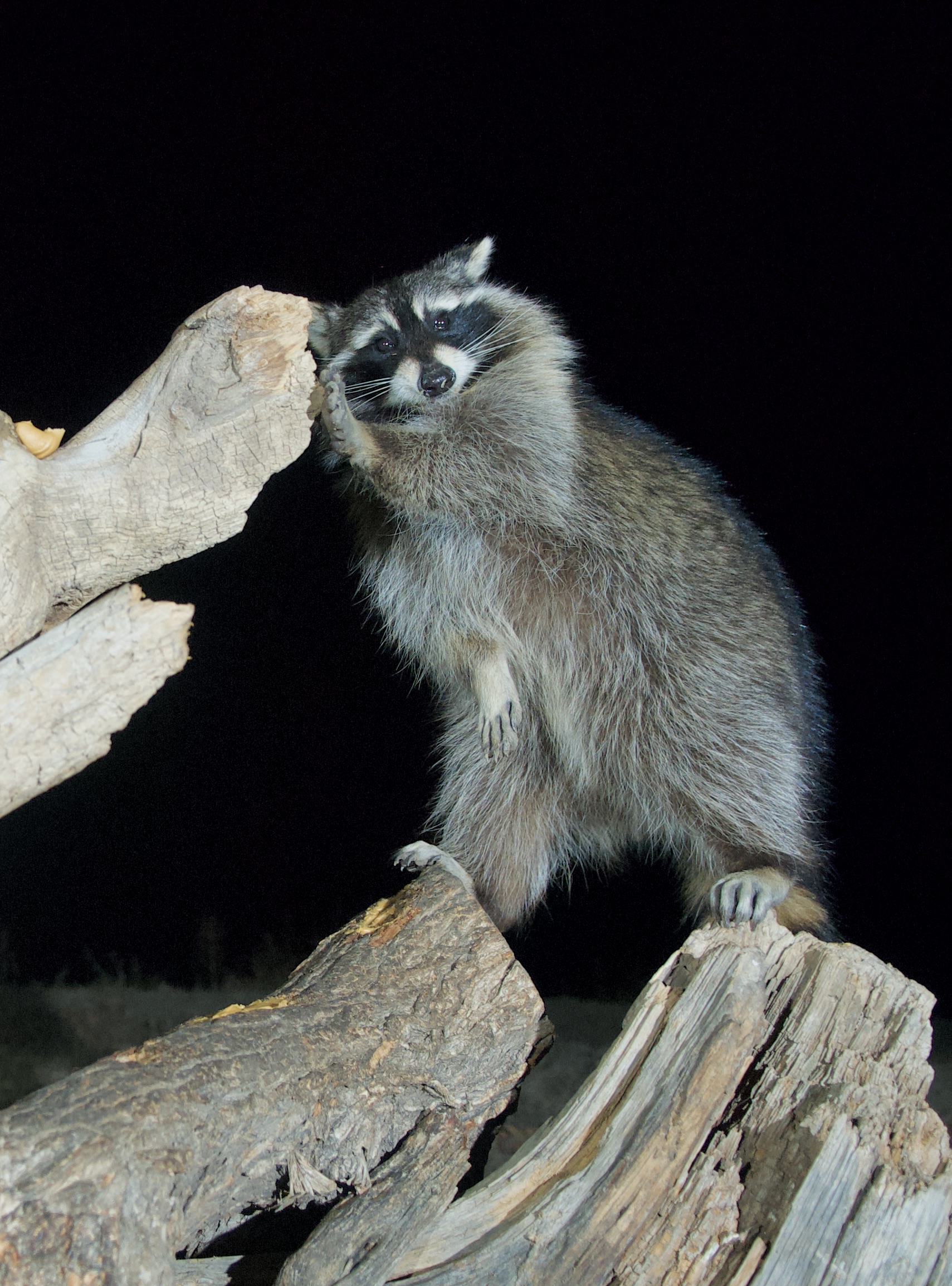 Swam an irrigation ditch only to find something had beaten him to the pumpkin.  Actually, it was a squirrel that ate the hole. 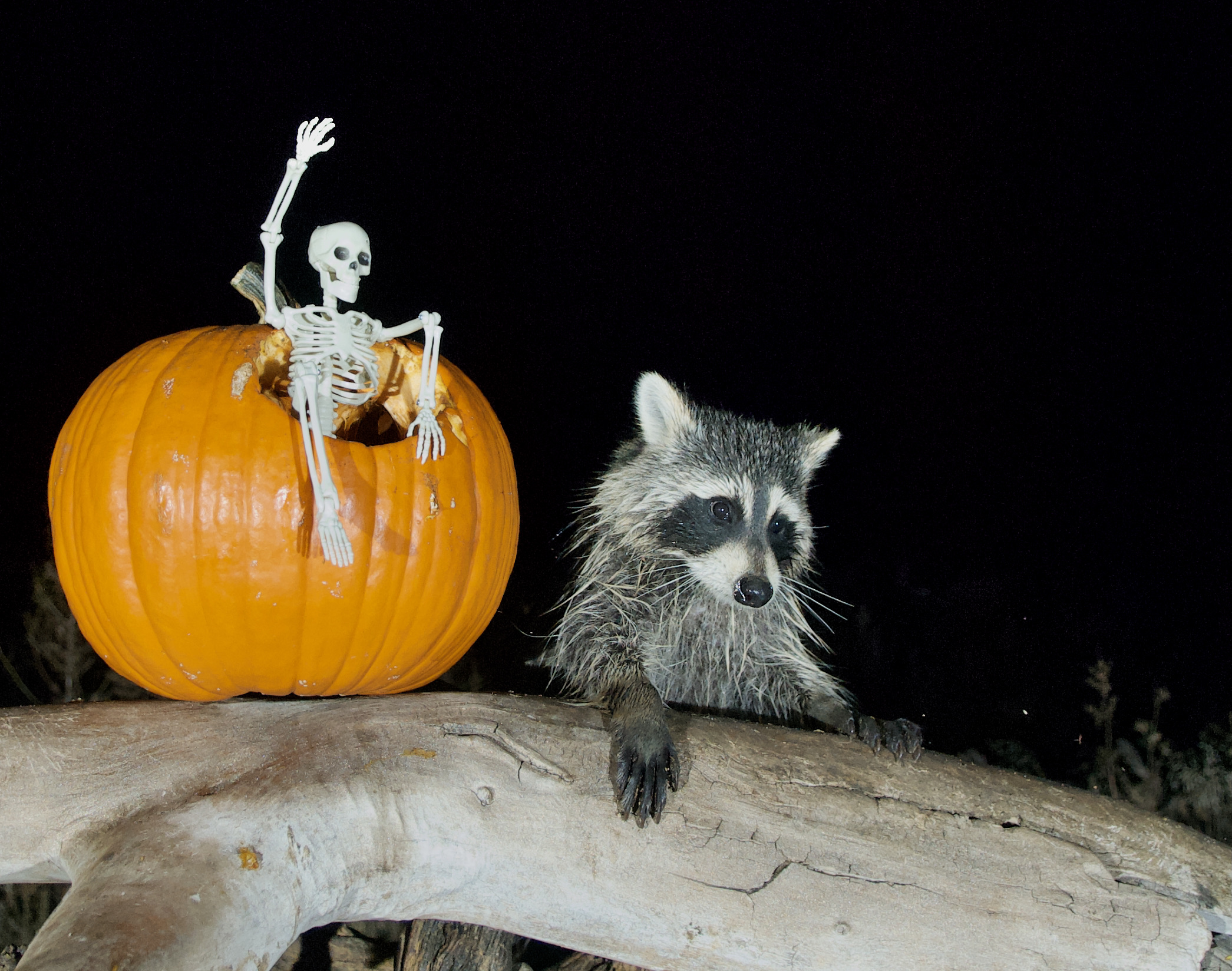 Yes, the correct answer is Six. 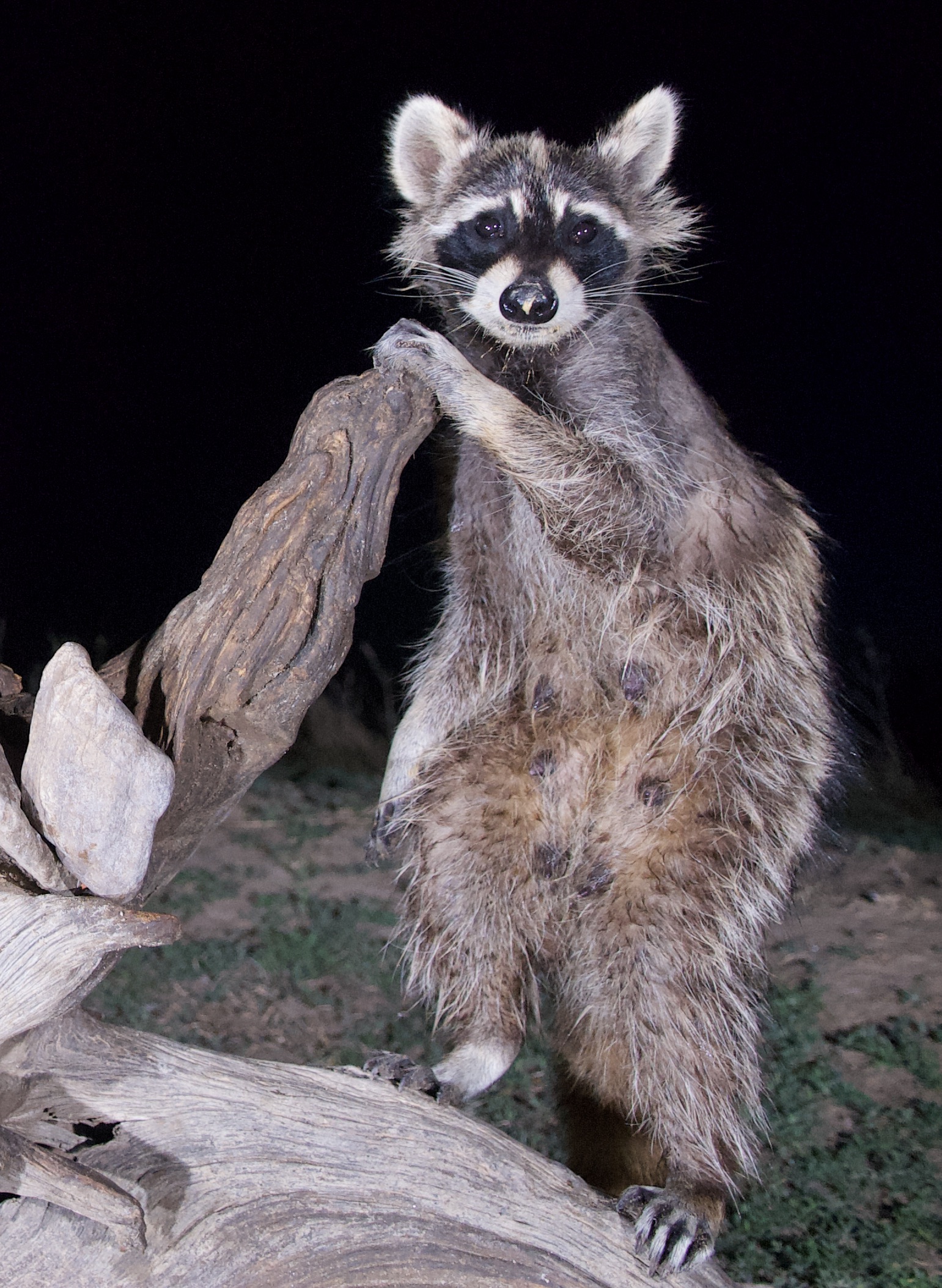