(For best results on this site:  Click only on the lettered title for each introductory picture.  Ignore that + sign in the lower right-hand corners.)

I have learned that the great problem with a selfie is that one has to be in it.  The fun is in setting it up.    Most of the clutter is what I picked up at the river, and in some cases spray painted.  That would be the salsify, teasel, cattails, buffalo gourds and grasses.    The Balaklava?  For two reasons: first, I often wear it at the river along with my other camouflage garb, and, secondly, it is an indication of my continued support for the Russian Protest Rock Group, Pussy Riot. (Look them up.  Putin hasn’t killed all of them yet and I think they are now all out of jail.  Bad Girls.)  (This photo was intended as a spoof of someone we all know who loves to gather his treasures around him and gloat.  At least my tongue is in my cheek, though you can’t see it.)

The picture of the chukar at my feet?  It’s a photo of chukar on the bench above.  Below is a picture of a new generation of them.
(More gibberish below the pictures.) 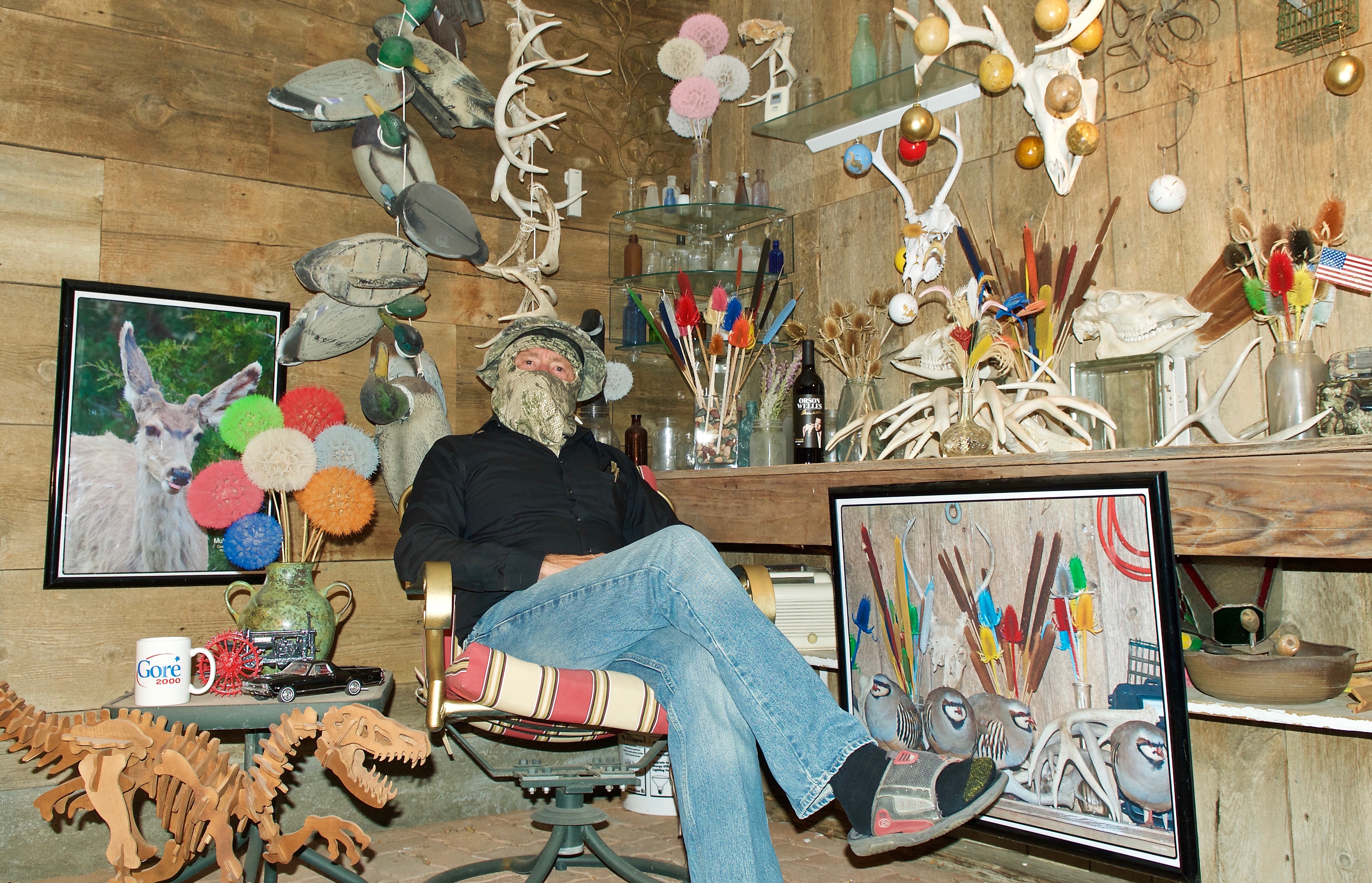 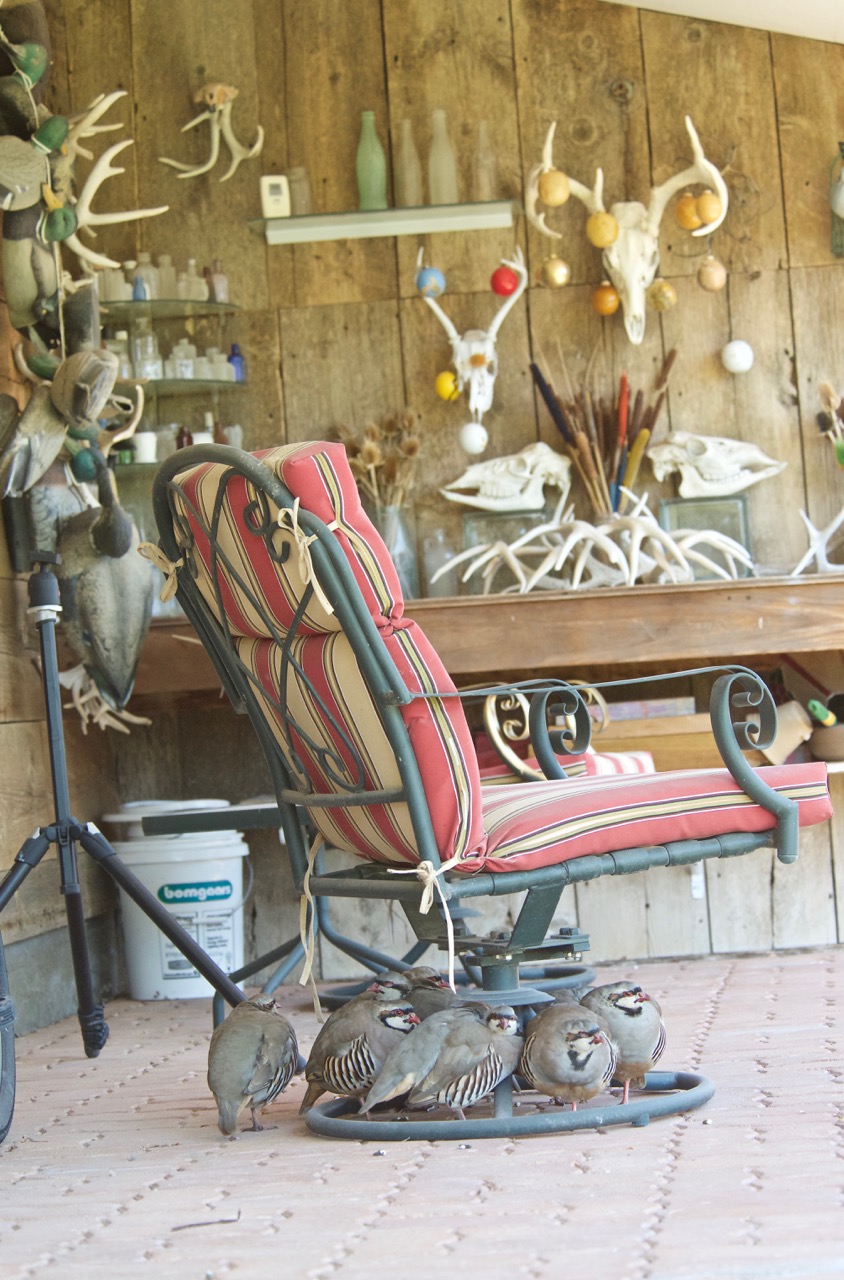 The names I have placed on the plants–and at times insects–are often in the ball park if not accurate.  I am not a botanist.  Just a guy with a camera.
I have gotten identification help from many.  Bruce Bosley, former extension agent for Northeastern Colorado, I probably drove into early retirement with my questions.  Ernie Marx, whom I believe to have the best wildflower website in Colorado (easterncoloradowildflowers.com) answered some of my questions and I used his site to identify flowers I had found.
Of course I may not be giving credit so much as sharing blame.
In short, trust no information that does not have an editor between you and it.  (Yes, I’m talking about you Facebook.)  And those pictures you see on Google, some of them great but not what they are labeled as, are often taken by people exactly like me.  (Incidentally, we don’t submit those pictures.  They are taken.)
Next Photo