The juvenile Creek Chub has a dark, horizontal stripe which they lose when they mature to six to eight inches.  The chub has been described as the probable first catch for many young fishermen.  The fish at the top is covered with ick, a parasite common in most waters and home aquariums. 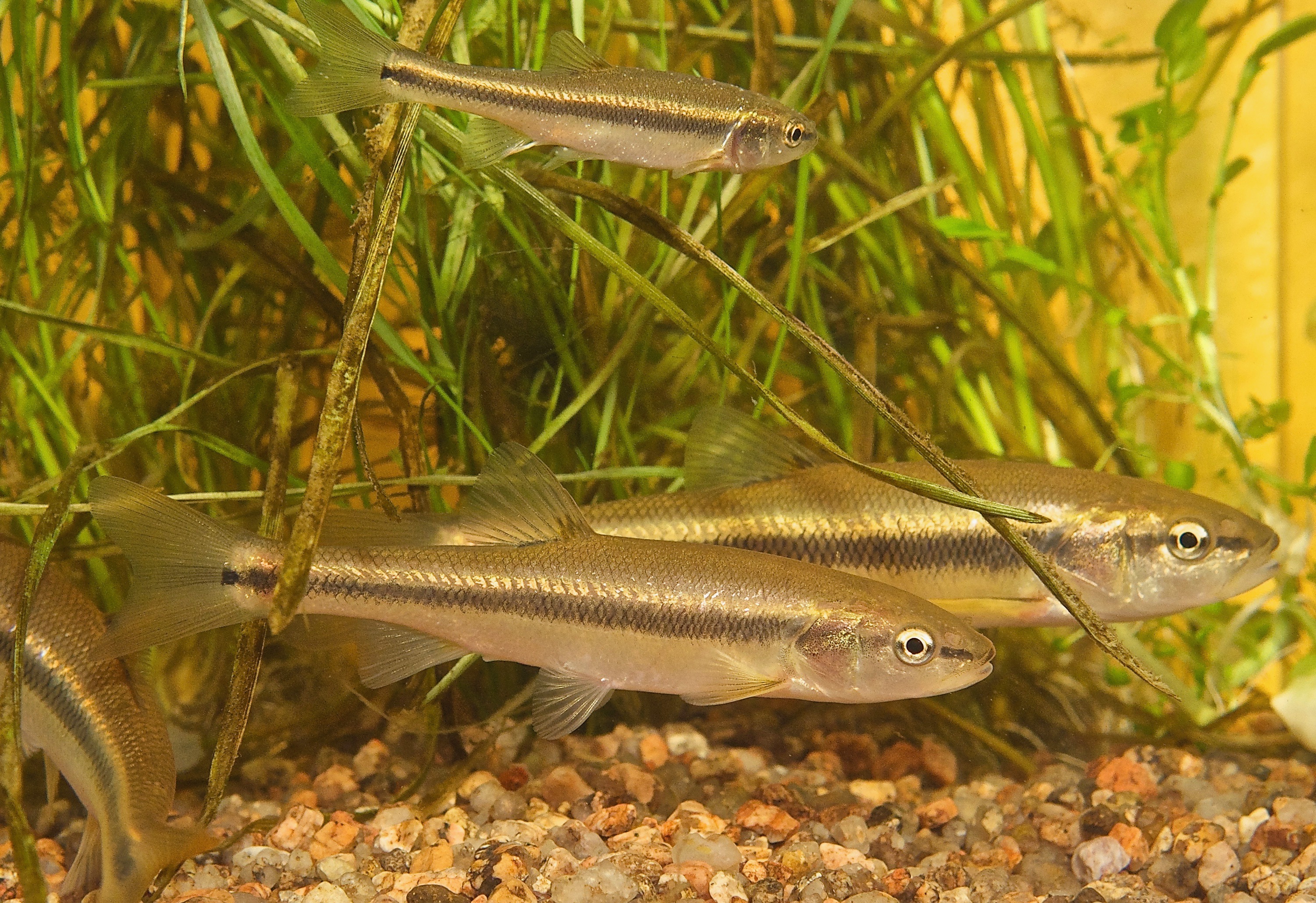 A very common schooling minnow in the South Platte.  Considered to be good bait for those seeking larger fish at North Sterling Reservoir. 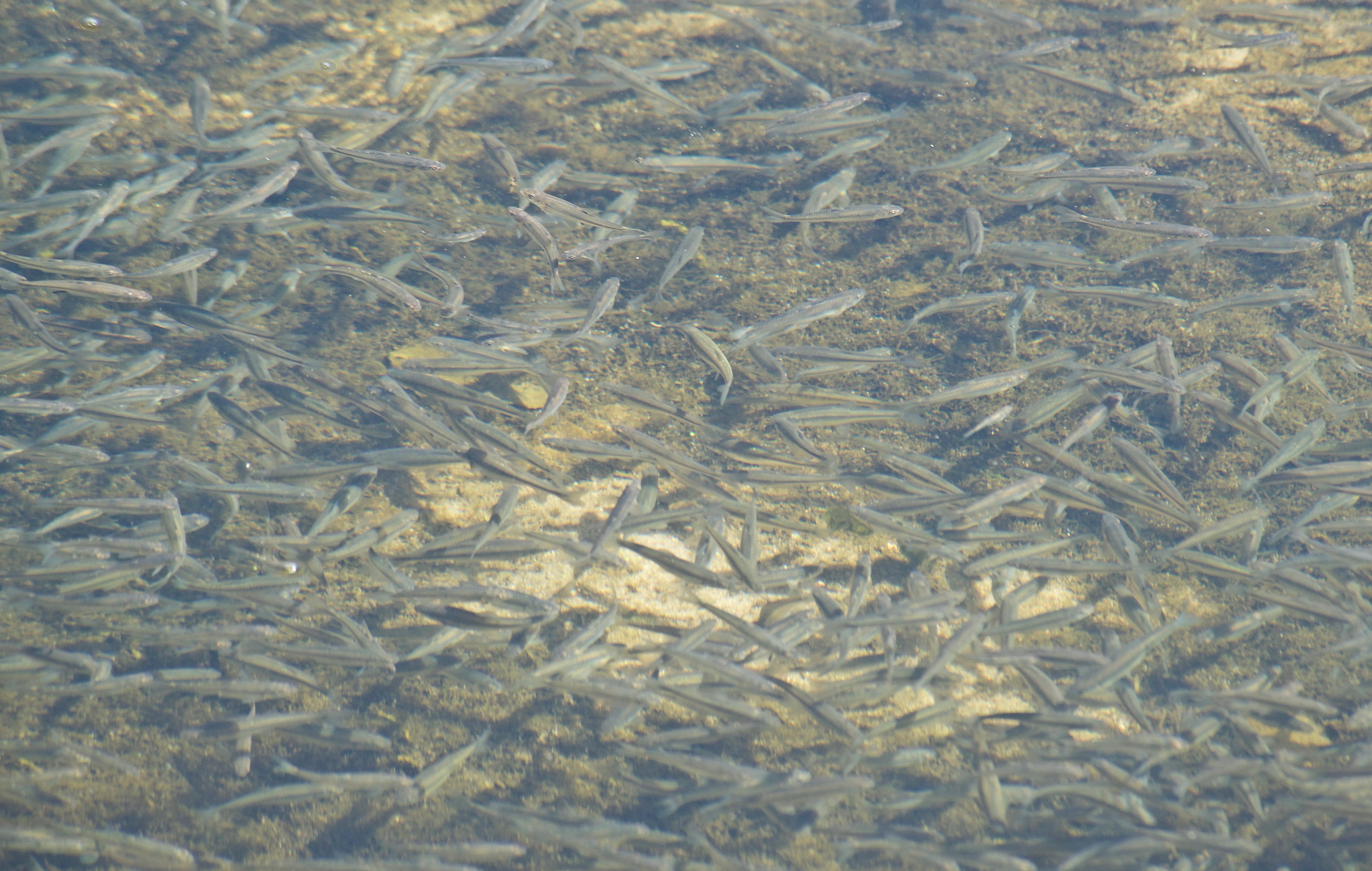