Achemon Sphinx (Eumorpha achemon) taken down at the S. Platte River June 24.  It is on a Hemp Dogbane. 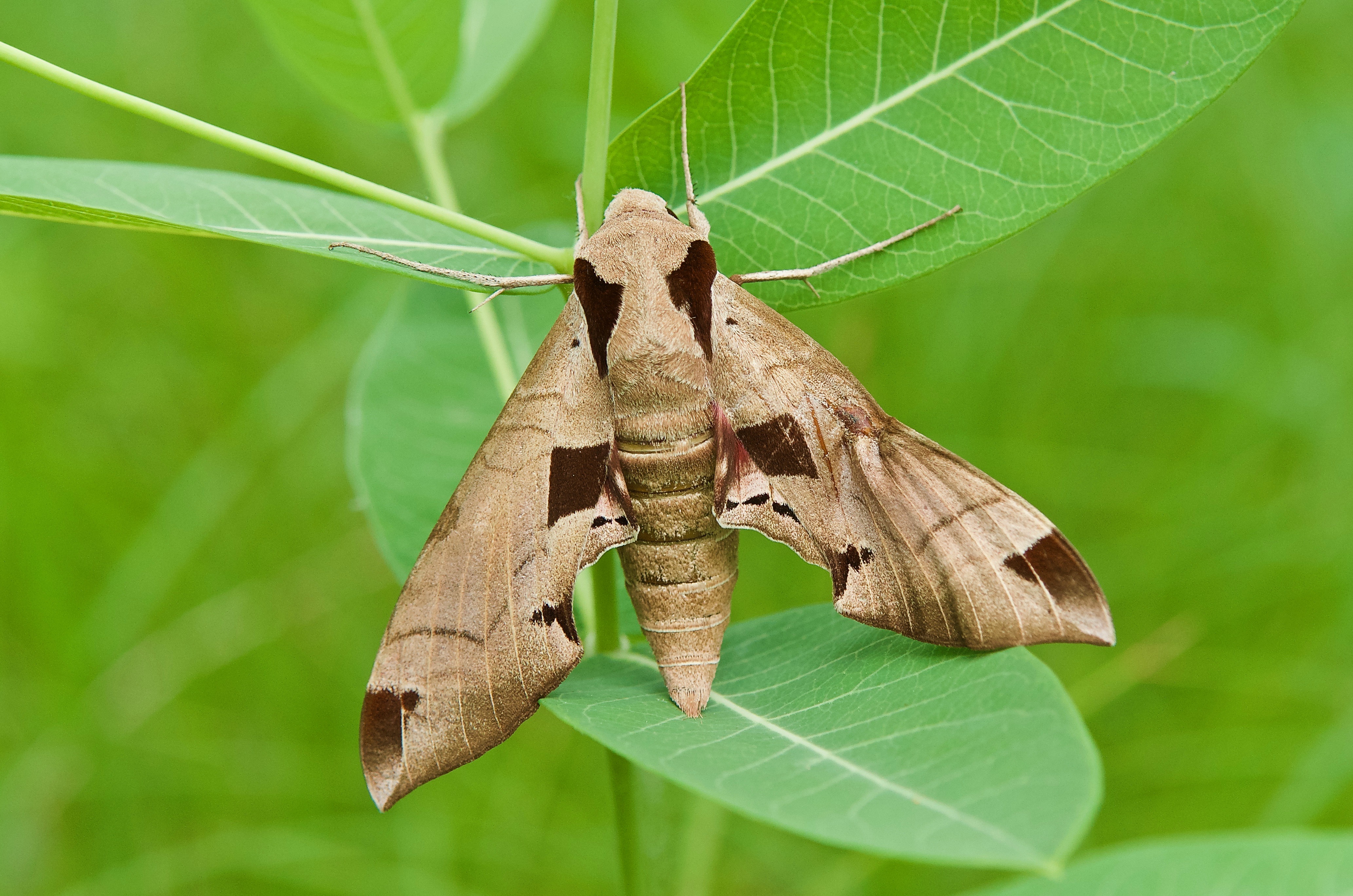 Juanita sphinx (Proserpinus juanita) on a Creamy Thistle at Pawnee Buttes.  This was identified for me by Bugguide.net, a great site for all insects and it will identify the insect for you if you can’t find it among their pictures.  Additionally, your pictures will be added to the site’s catalogue. 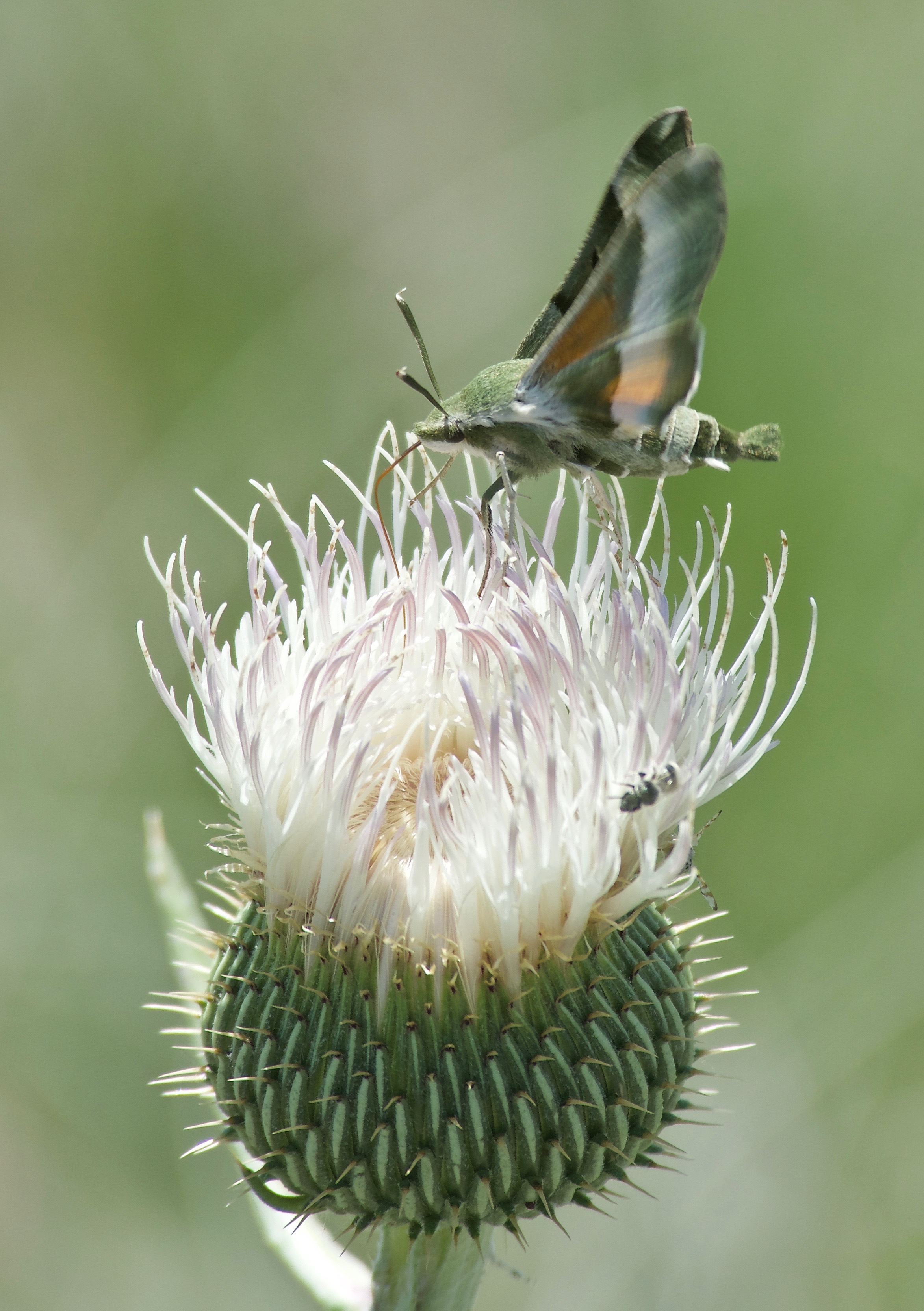 One of the Apantesis species moths.  Call it Tiger if you want a common name. 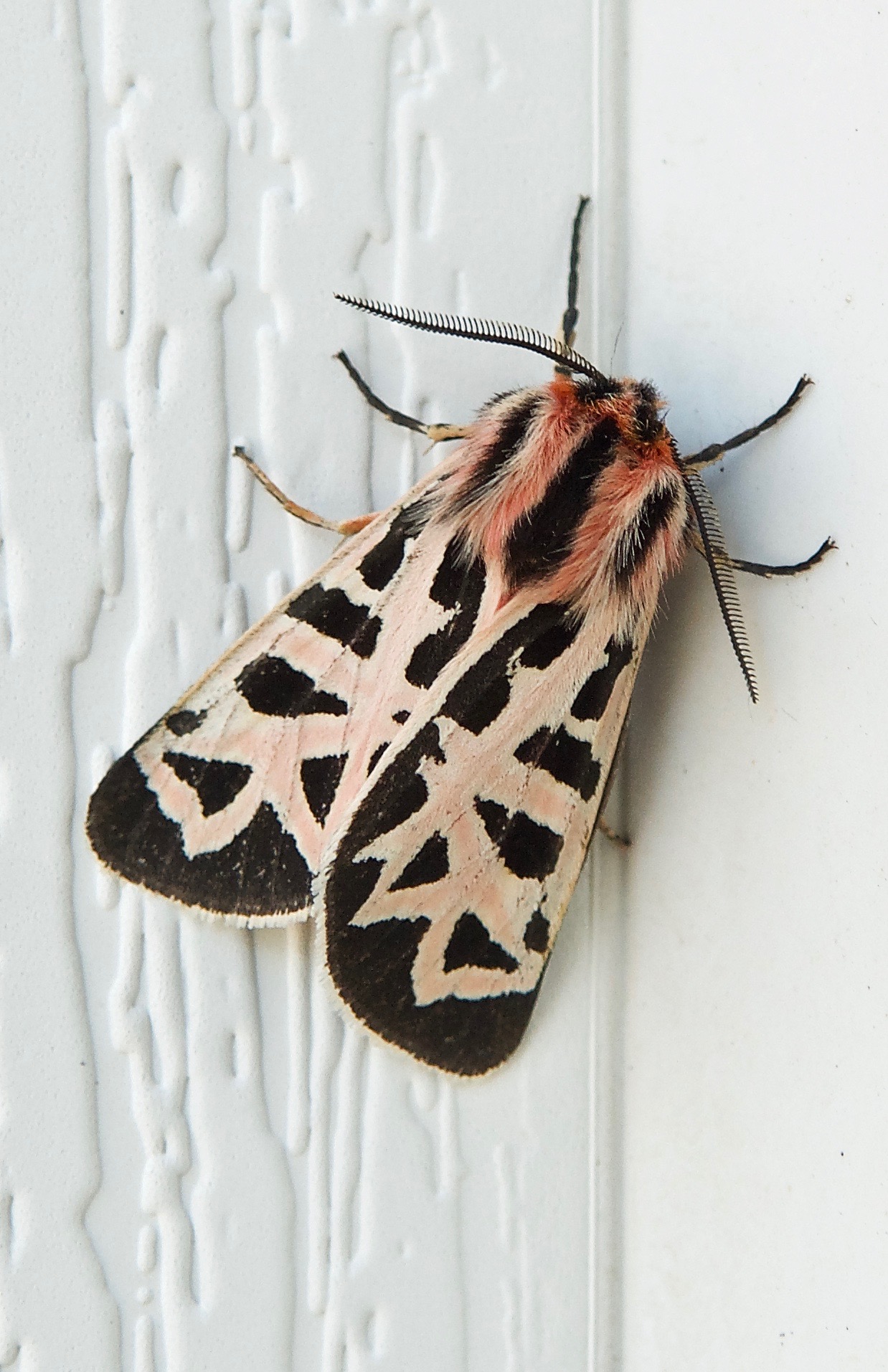 Of course caterpillars will become butterflies or moths.  The Wooly Bear in the two photos below will not predict the coming Winter by the length of its red-orange.  Rather, it has more to do with its diet. 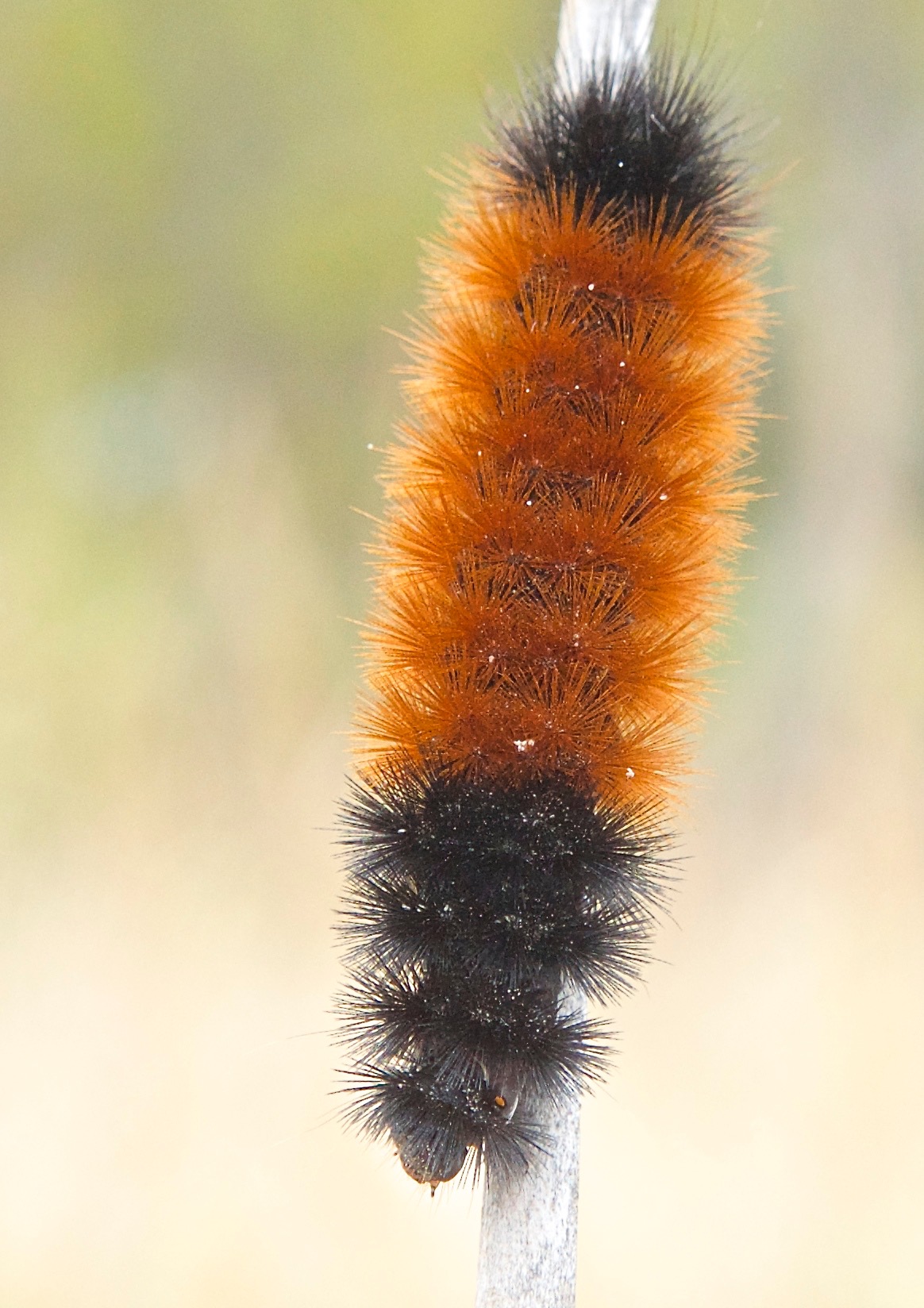 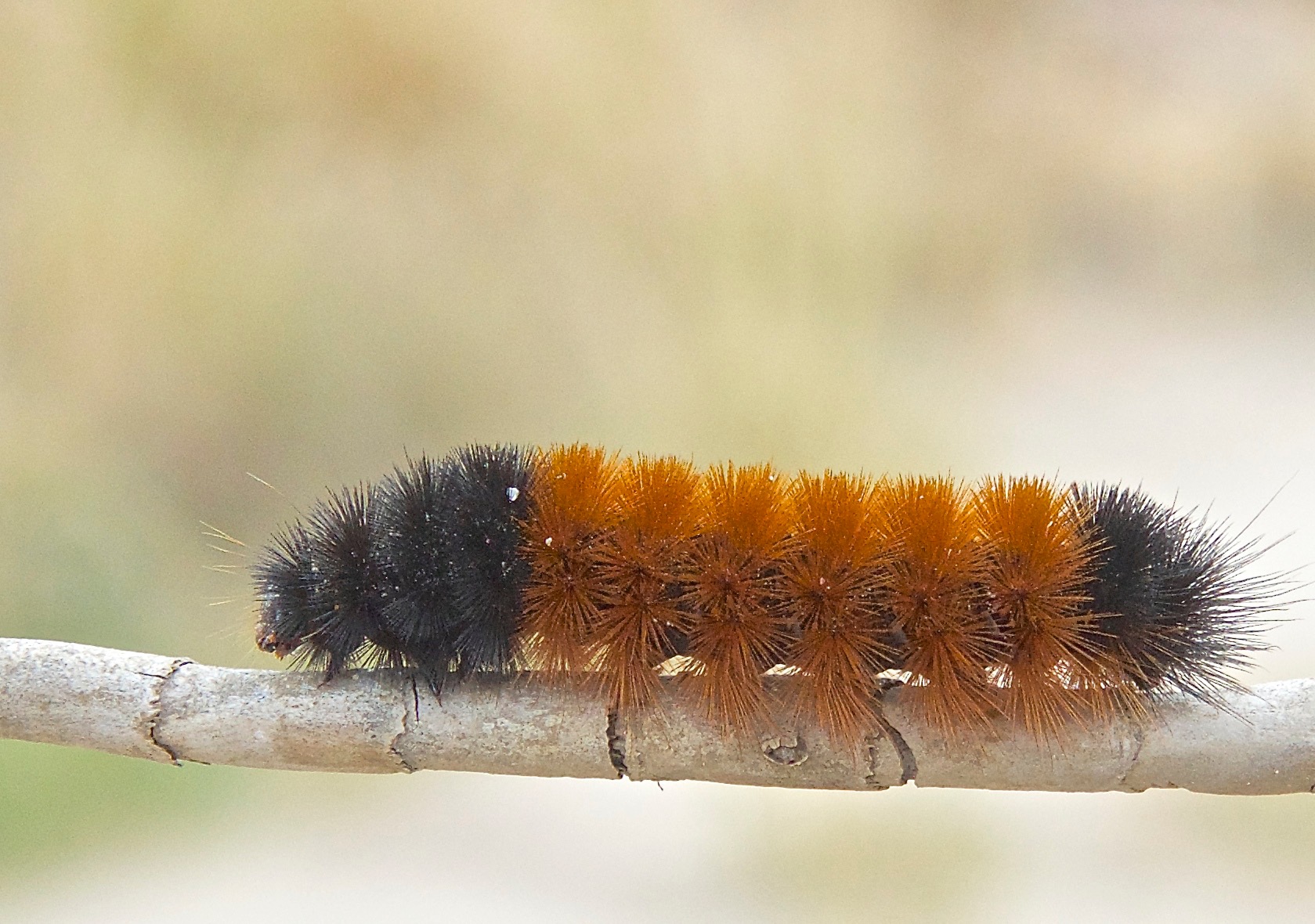 Another Woolly Bear on a Kochia. 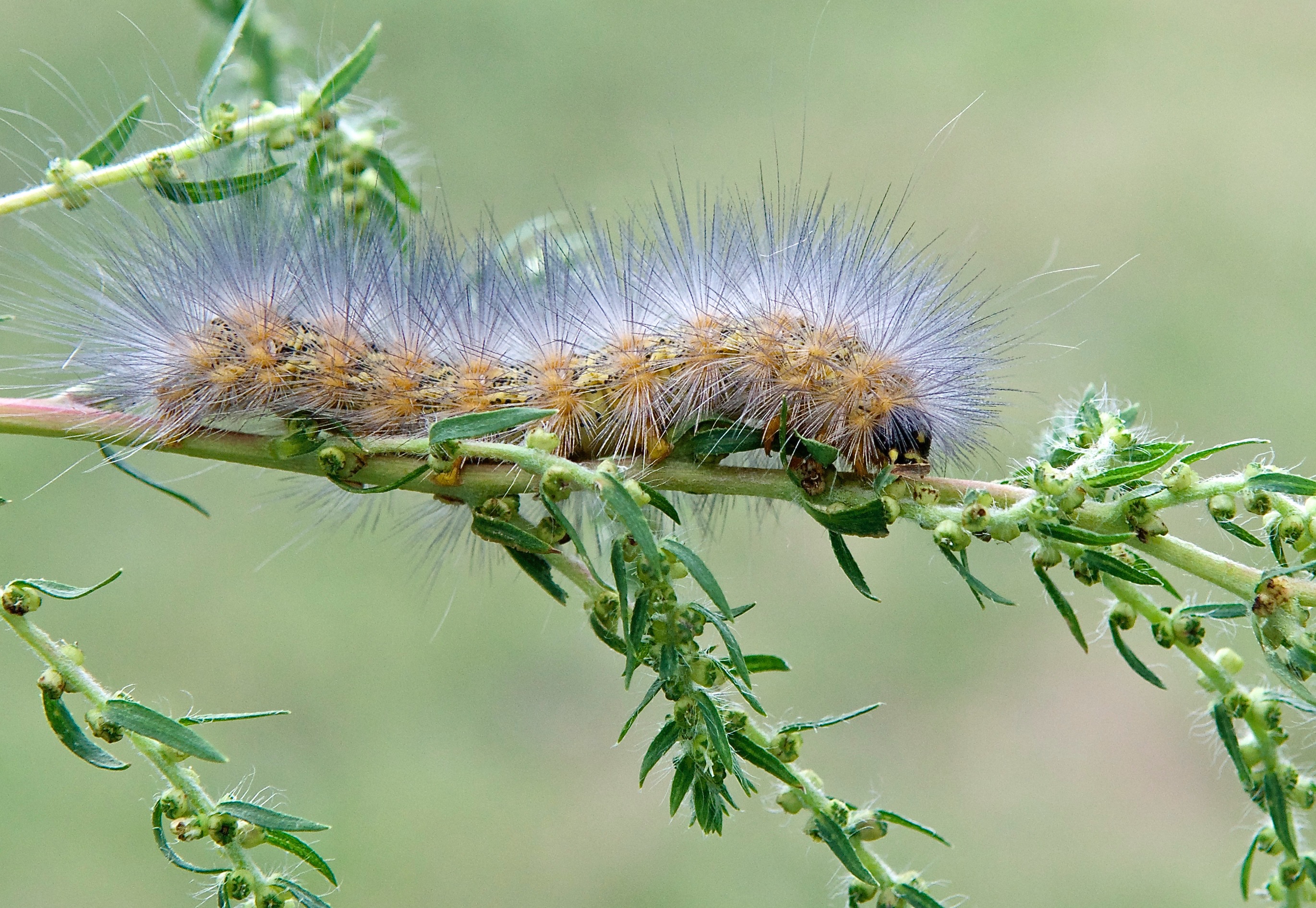 A White-Lined Sphinx Moth caterpillar.  The two pictures following it are the moth, which appears at dusk. 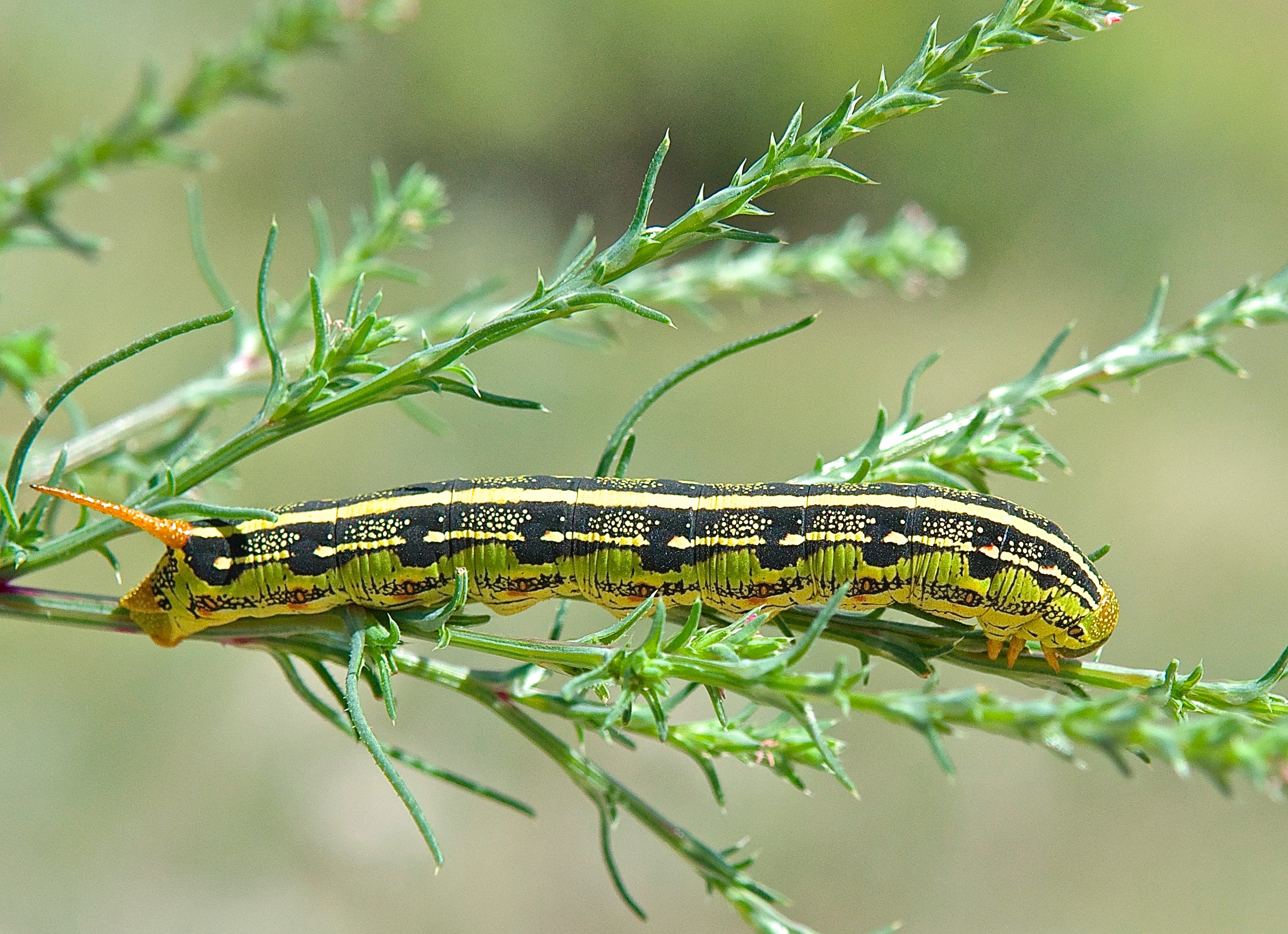 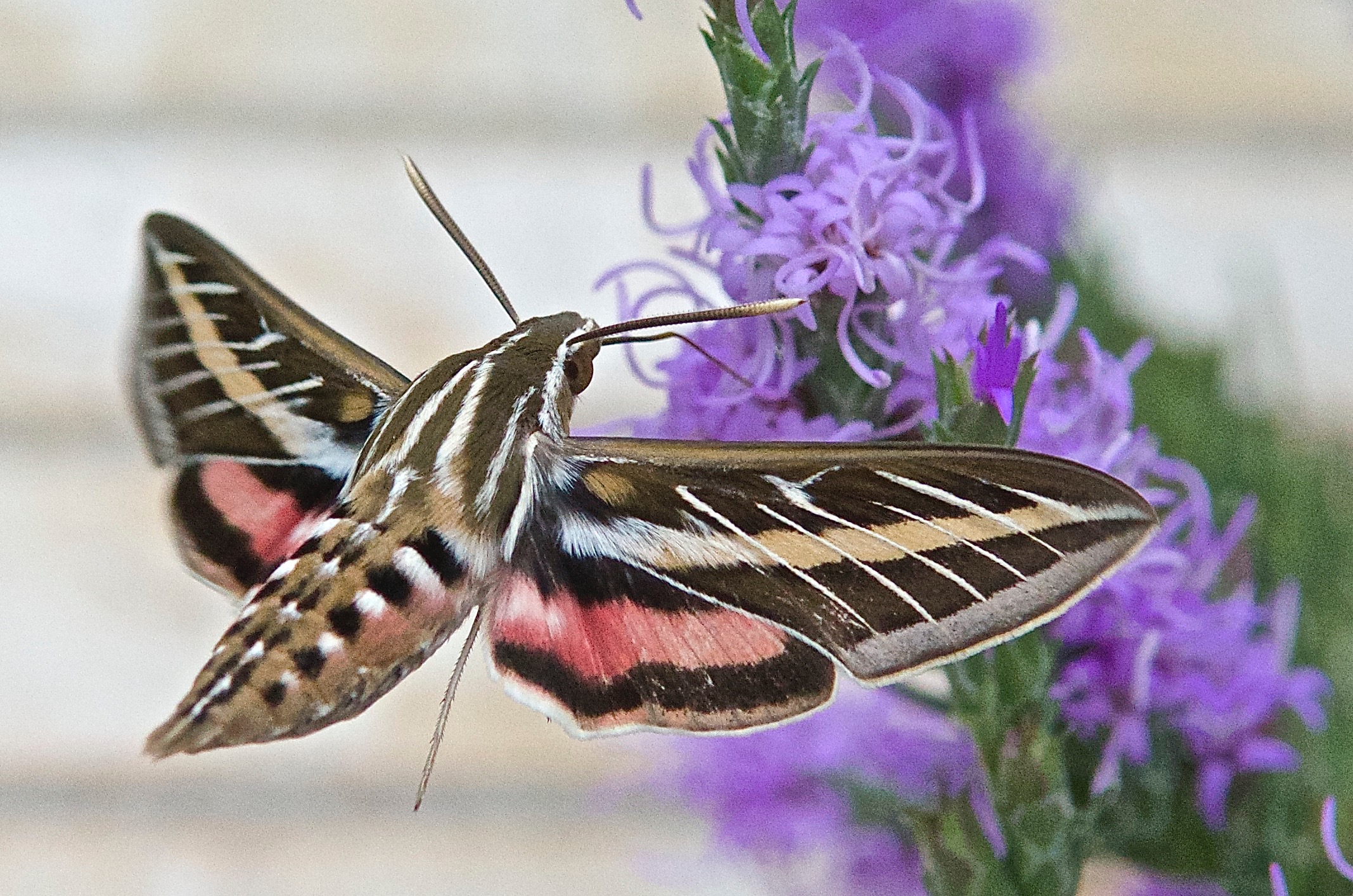 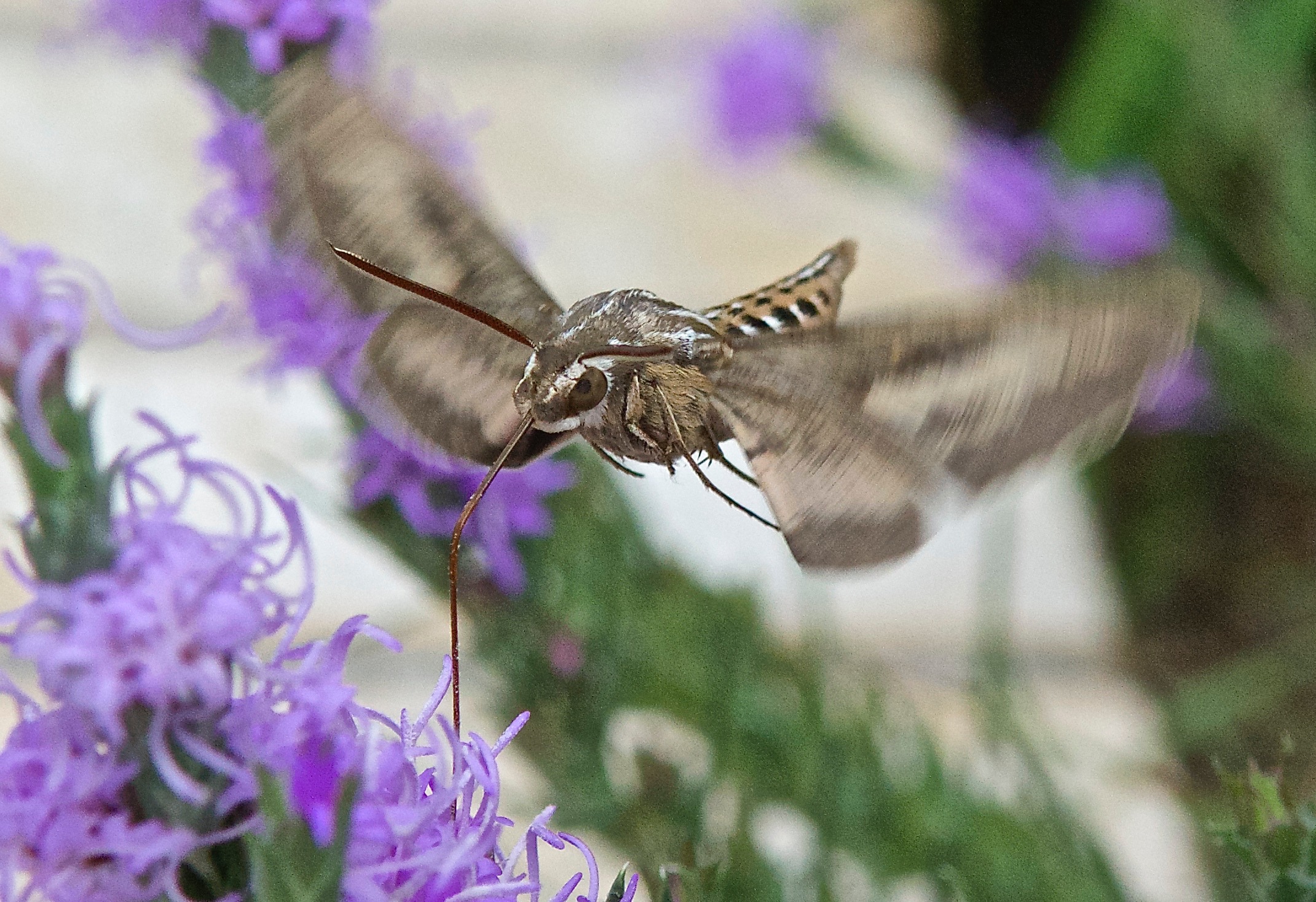 Carolina Sphinx Moth, Tobacco Hornworm (Manduca sexta).  The caterpillar of this is what you don’t want in your tomato patch. 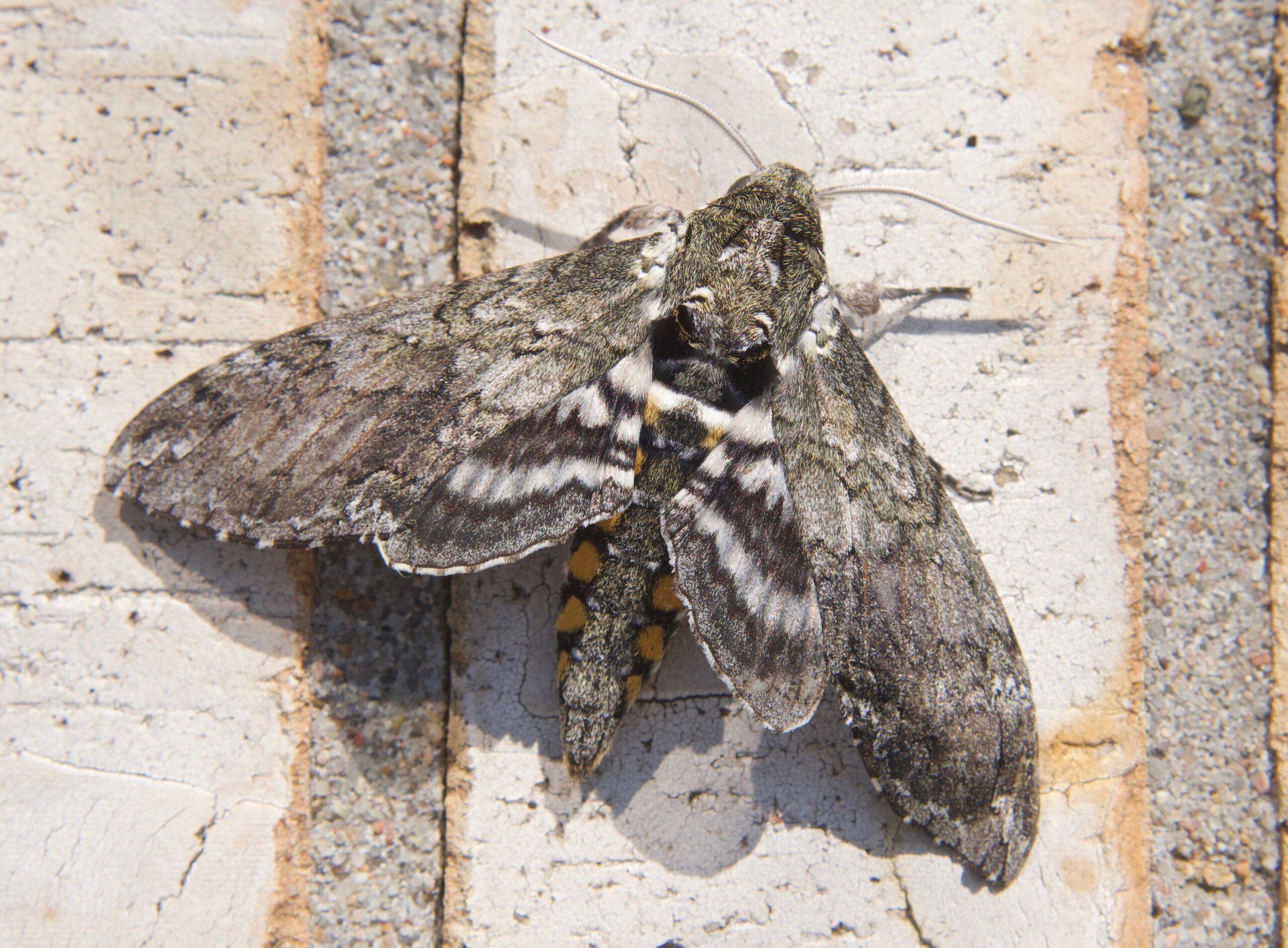 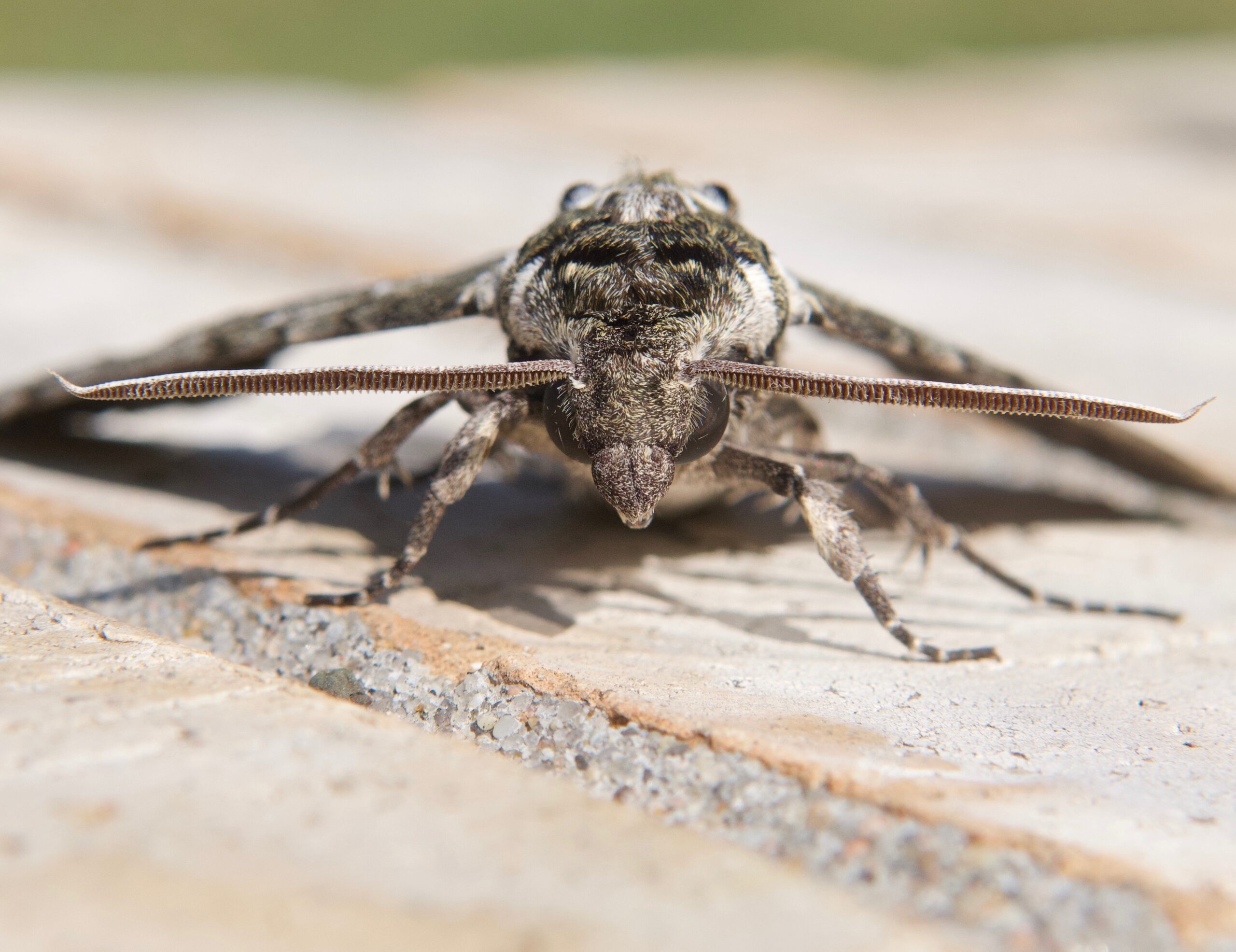 Nessus sphinx (Amphion floridensis)  The books say this moth should have two bright yellow bands where this one has only one.  The books also say the bands can be indistinct.  This is the only one I have ever seen. 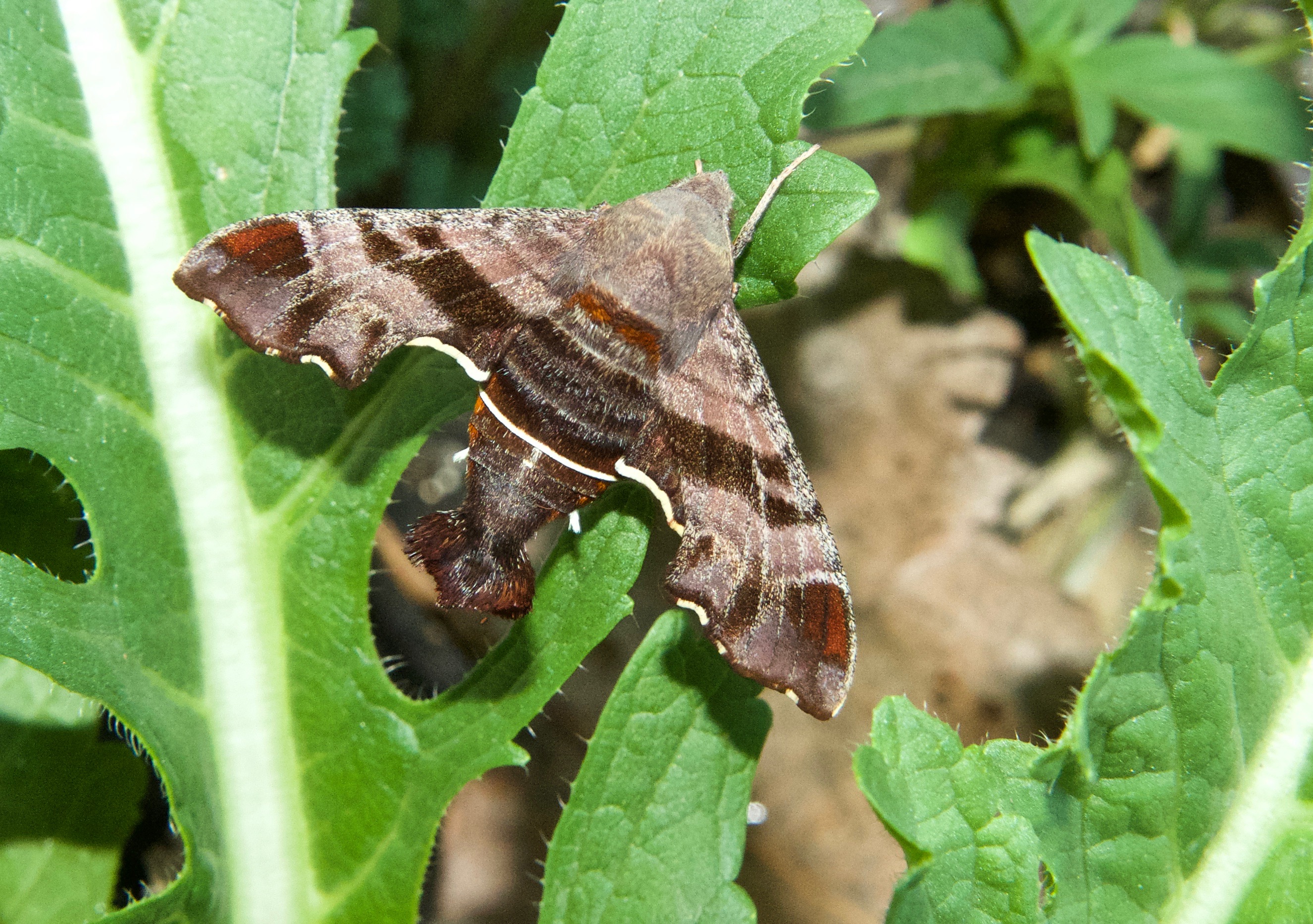 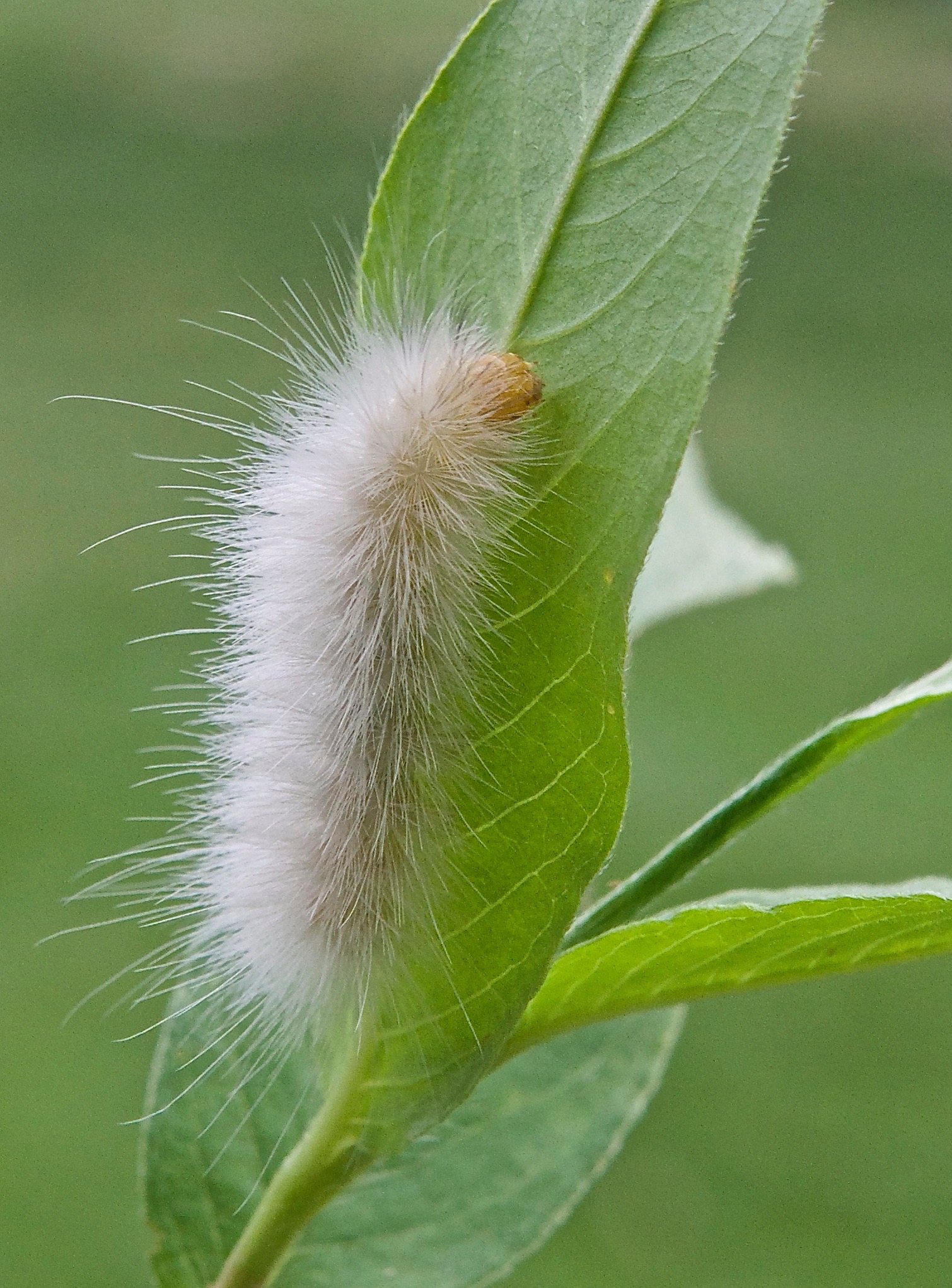 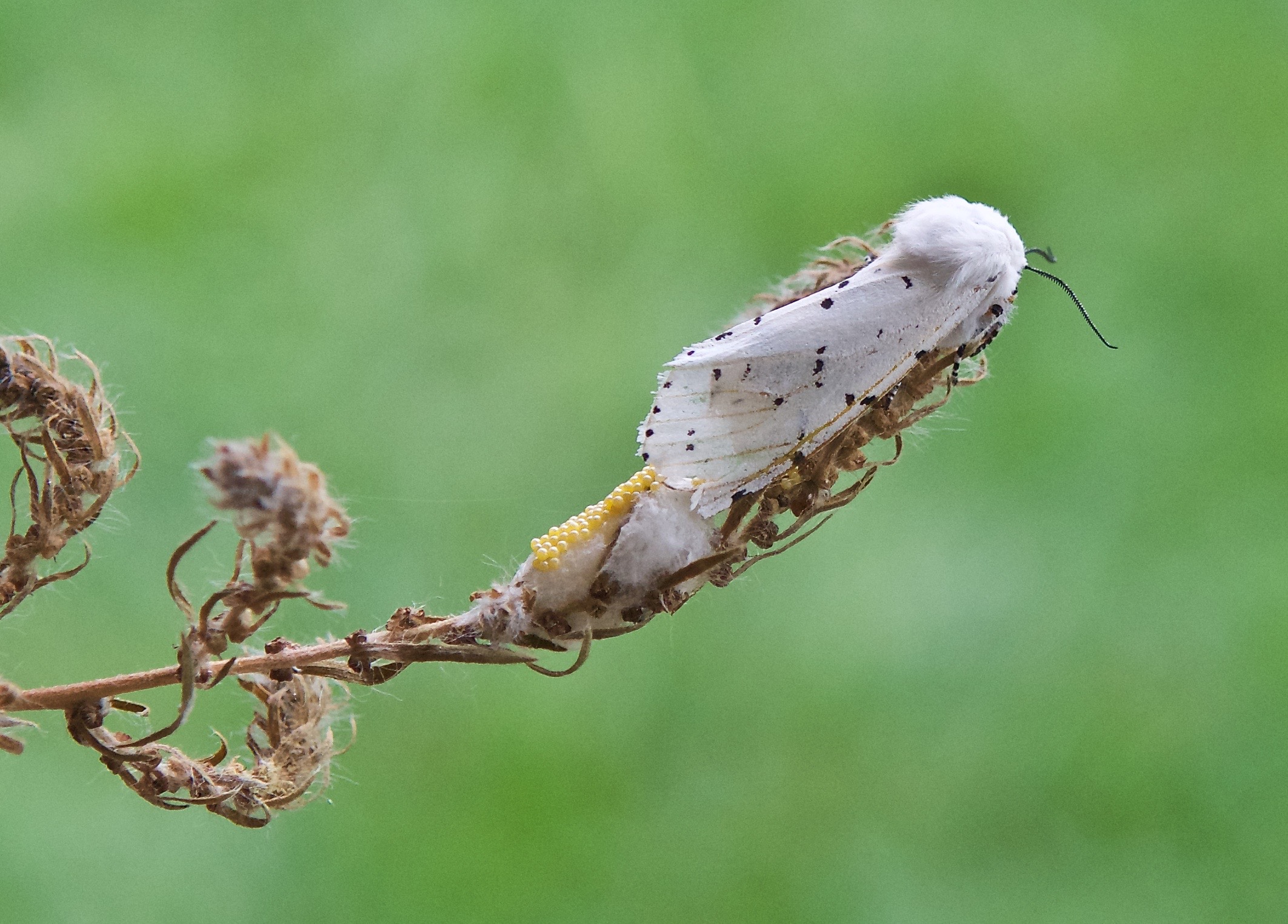 The following three photos are of the varying Leafy Spurge Hawk Moth caterpillar.  It was introduced in an effort–a failure so far–to control the Leafy Spurge plant, shown elsewhere on this site. 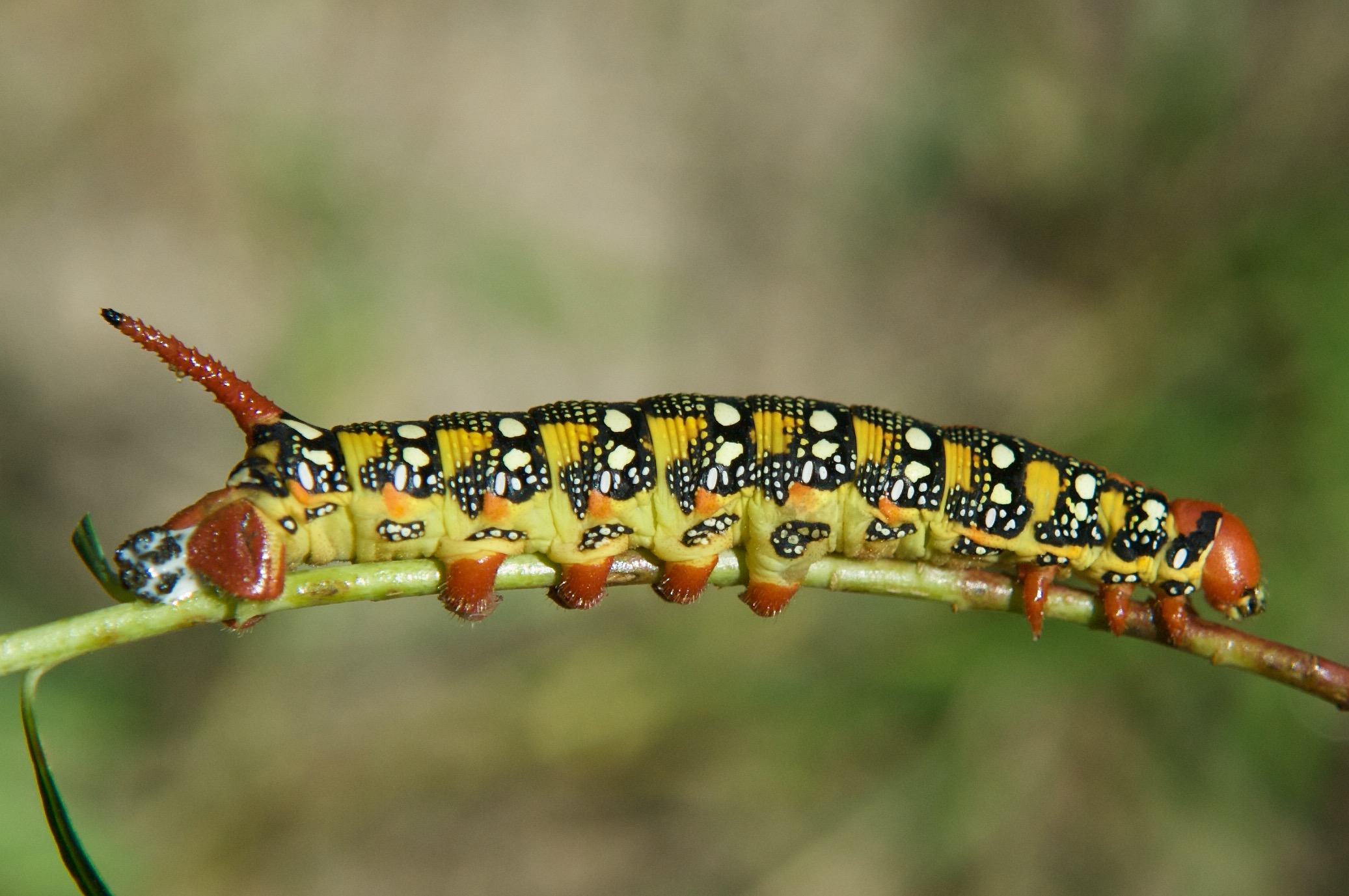 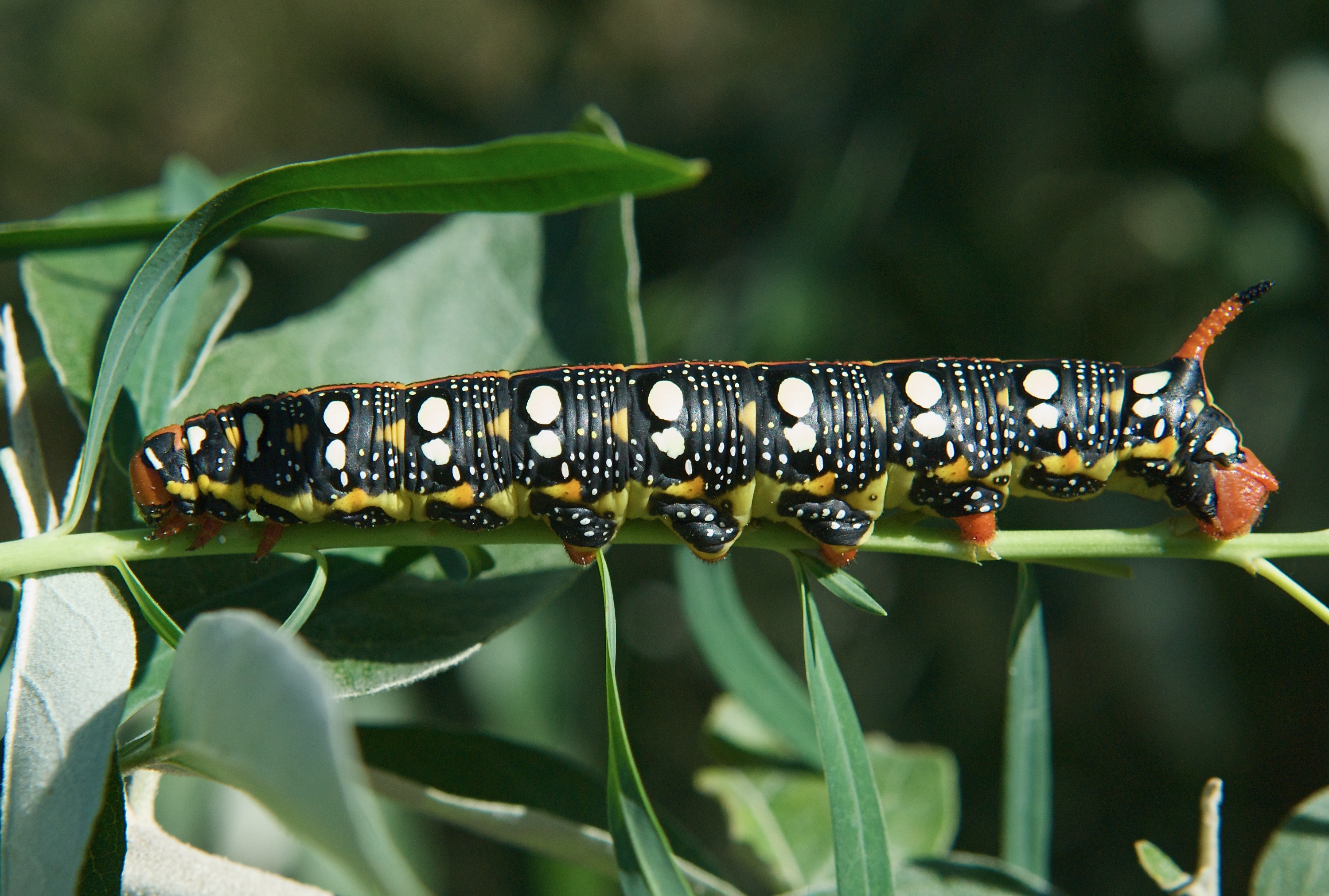 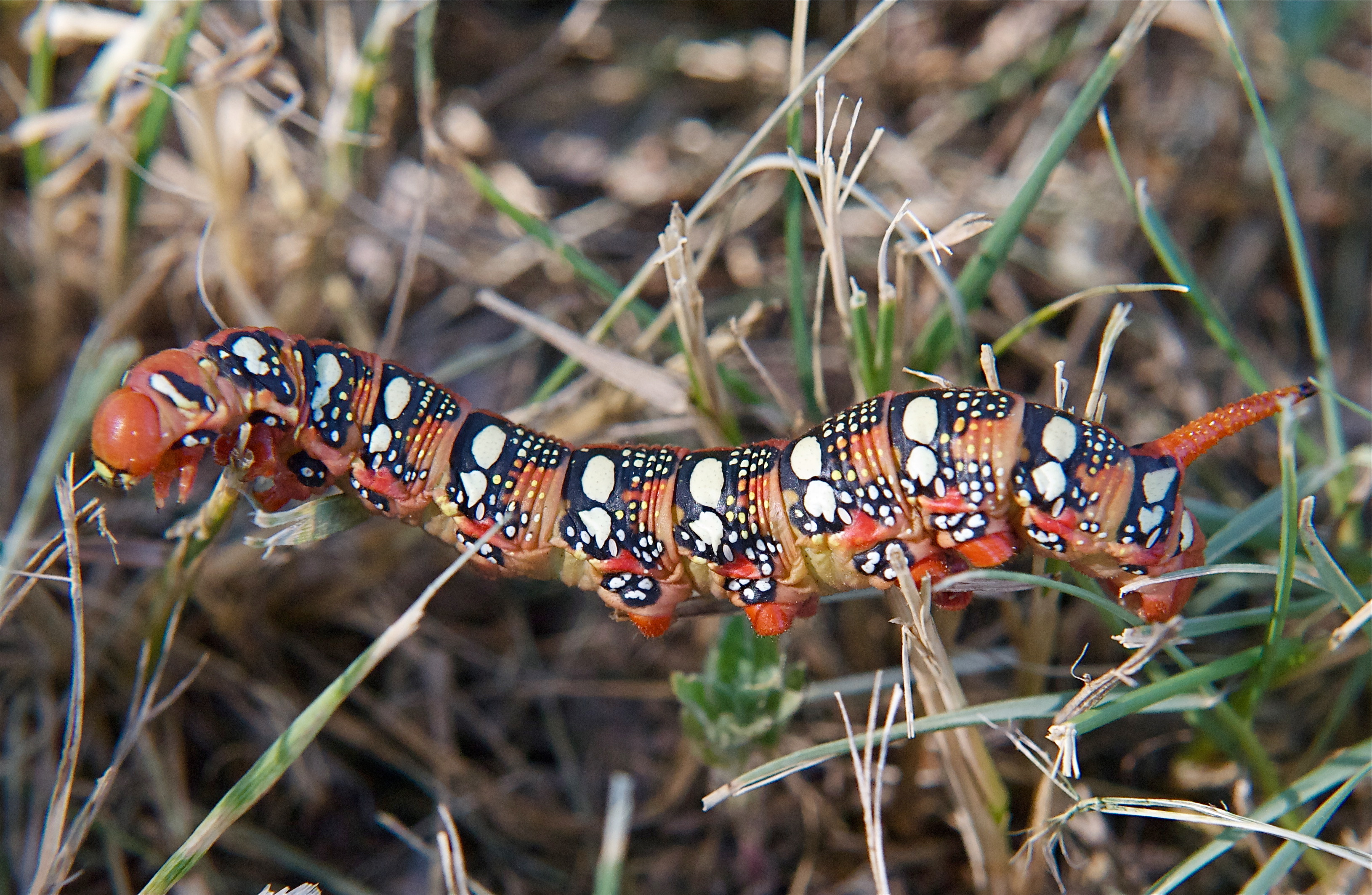 The Polyphemus Moth Caterpillar.  The moth is large and attractive but I haven’t found the adult yet. 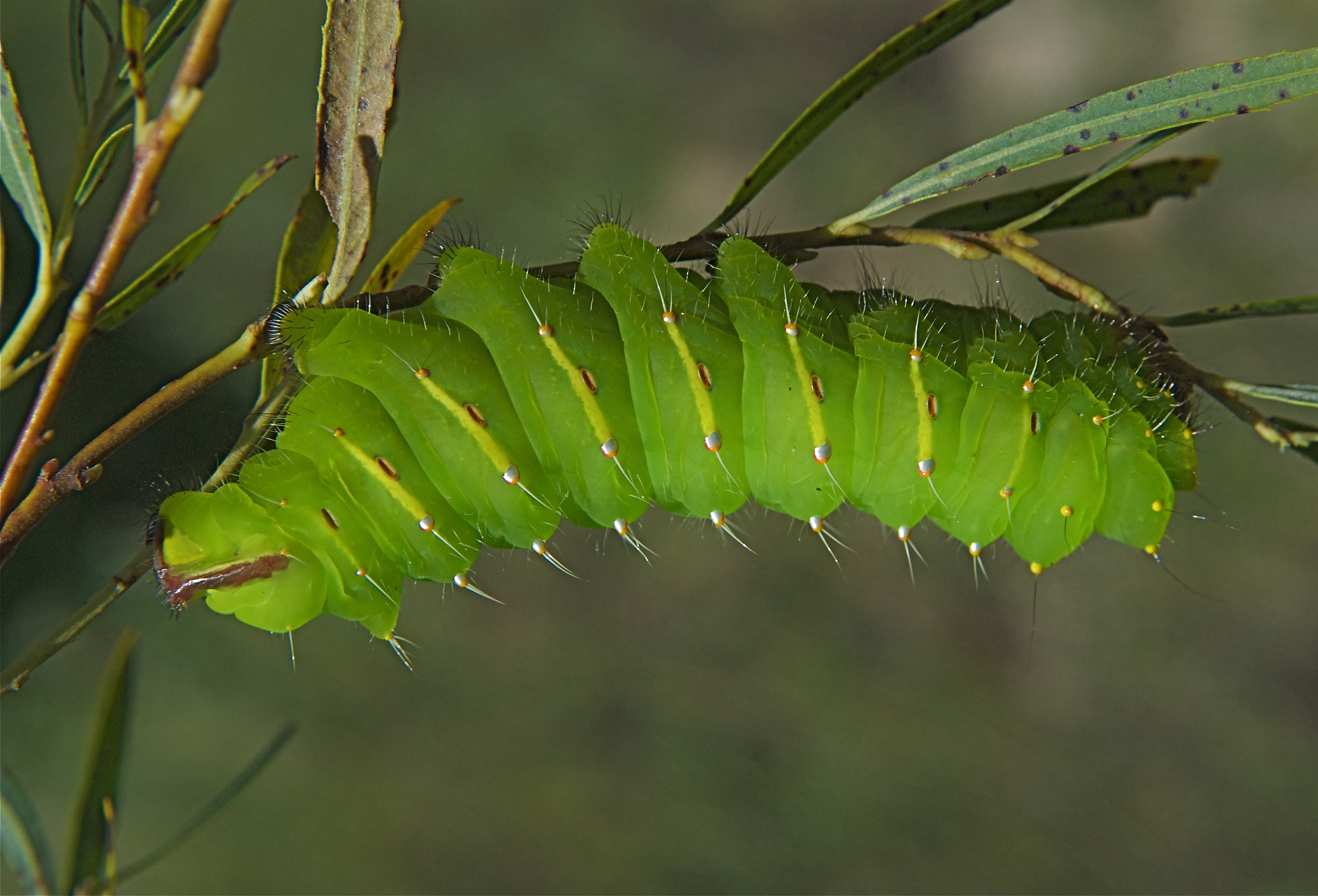 The following two pictures are the Ground Cherry Sun Moth, destroying the cherry inside the pod. 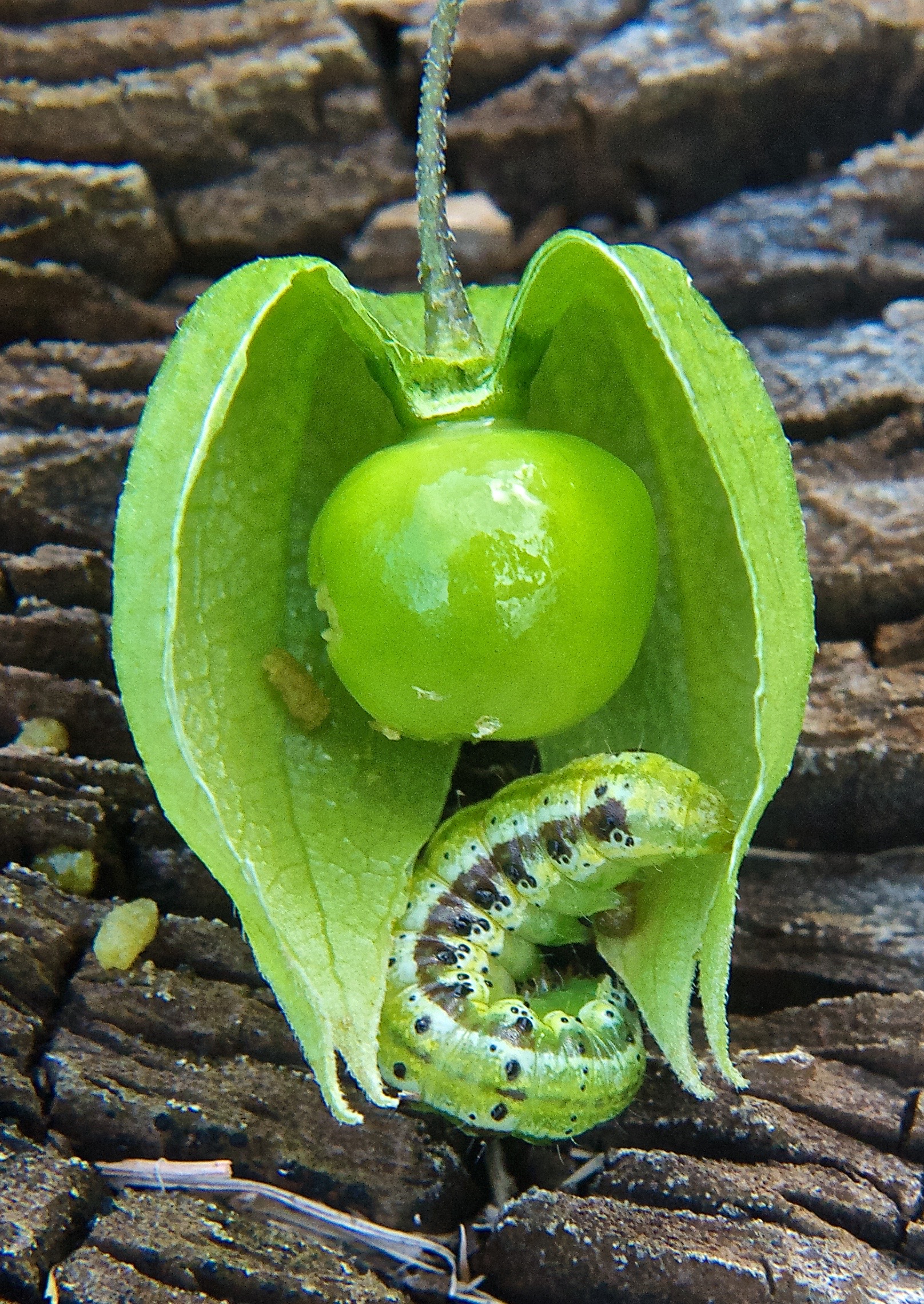 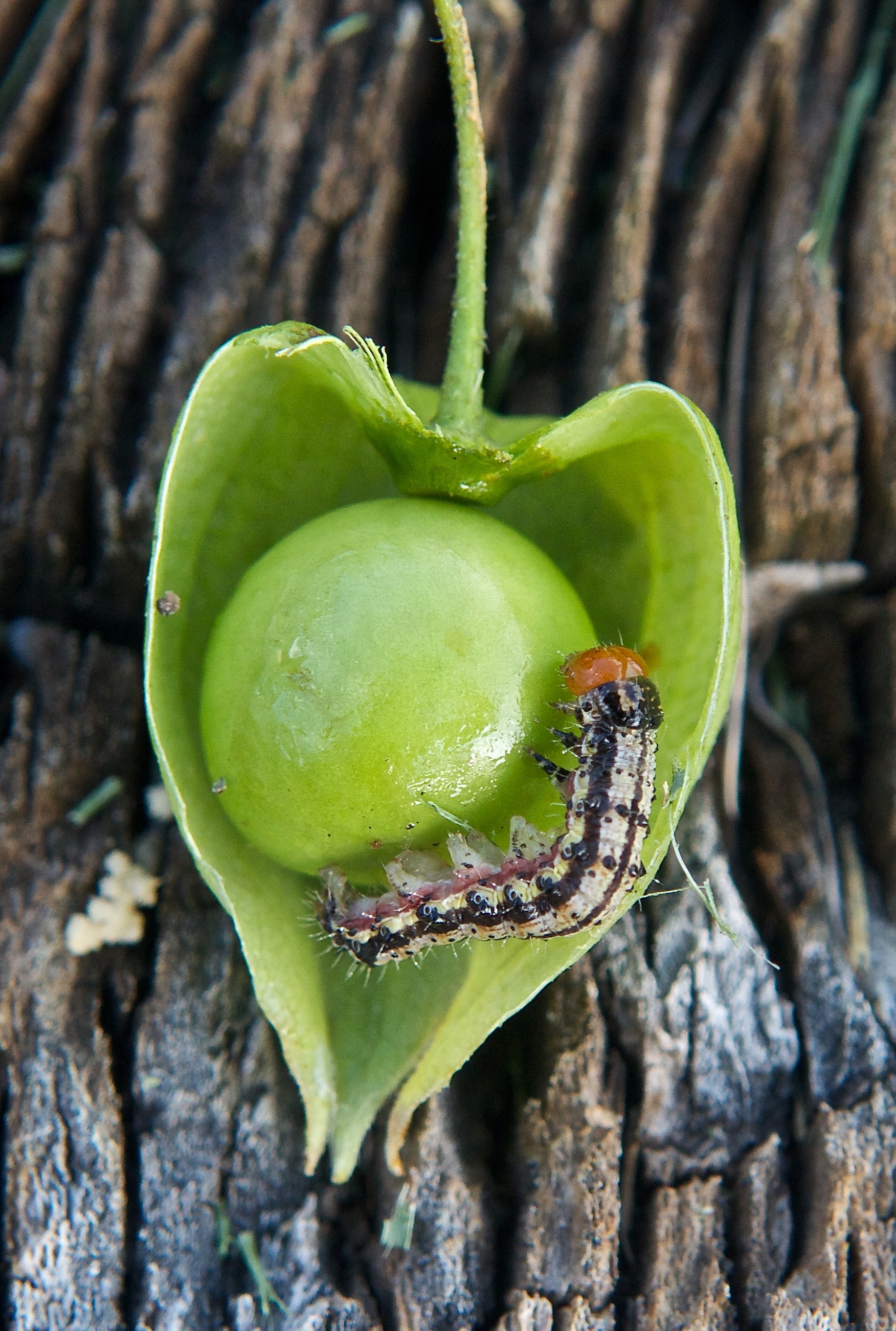